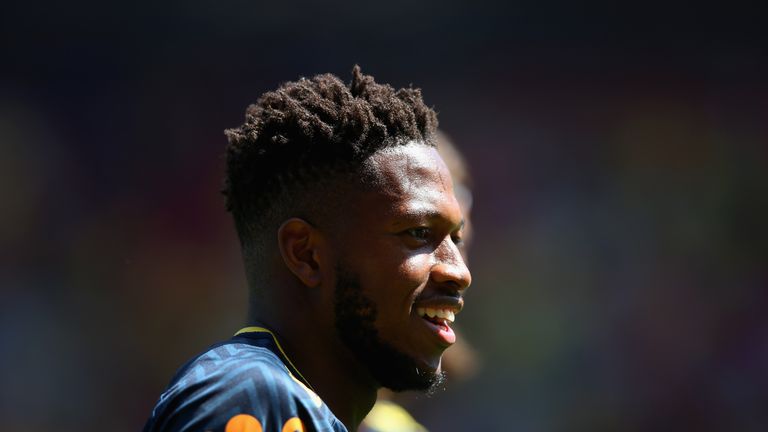 Fred is part of Brazil's squad for the World Cup

Brazilian midfielder Fred is likely to be confirmed as a Manchester United player in the next seven days, Sky Sports News understands.

Last week United announced they had reached an agreement with Shakhtar Donetsk for the transfer of Fred, whose full name is Frederico Rodrigues de Paula Santos, and that "a further announcement will be made in due course".

Sources close to the deal have told Sky Sports News that the work permit application is being processed as expected and could be concluded before the end of the week.

United are understood to be paying a fee in excess of £50m to secure the 25-year-old's signature.

Fred played in Brazil's 2-0 friendly win against Croatia at Anfield, but was unable to feature for Sunday's 3-0 victory over Austria after he sustained an ankle injury in training last week.

Play the Road to Moscow

During his final season with Shakthar, Fred registered four goals and seven assists in 37 appearances across all competitions.

Elsewhere, Manchester United have also completed the signing of full-back Diogo Dalot from Porto on a five-year deal for a fee of around £19m.