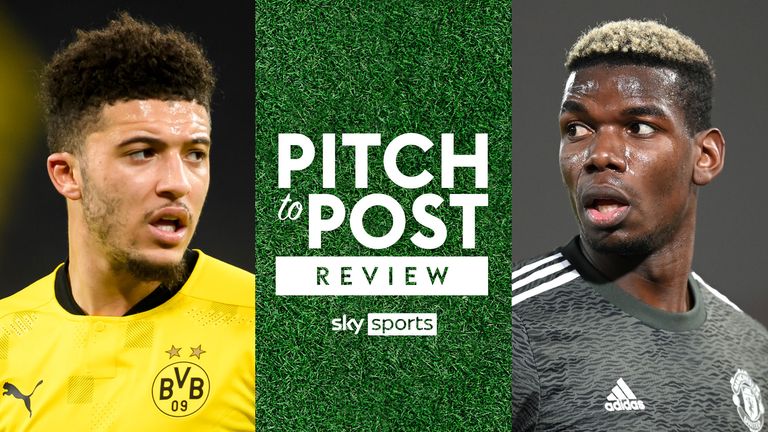 Sky Sports News' north west reporter joined the Pitch to Post Review Podcast for a special Regional Review on all things Manchester United, where Saturday's dramatic late draw with Everton and summer transfer strategy were among a number of topics discussed...

"Edinson Cavani has given Manchester United a really nice problem. Ole Gunnar Solskjaer has said the Uruguayan is doing enough to secure another deal at Old Trafford, and I don't think United would let Cavani go in light of the form he is showing. People questioned whether he had the legs for the challenge but [he] has, and he can do things other strikers can't.

"We have talked about Cavani being a mentor to Marcus Rashford and Anthony Martial but one thing that hasn't been mentioned is the renaissance of Mason Greenwood. He has had is problems in his second full season at Manchester United, but I think Cavani has had a role in guiding him back to where he and Manchester United want him to be.

"So, with Cavani staying for another year, that gives Manchester United a get-out because, with the best will in the world, this summer window is not going to be the one everyone wished for because the economic situation is even worse than it was last summer. "There are two components crucial to what Manchester United do. One, whether Paul Pogba goes, and they can free up some cash and wages, and two, how Amad Diallo settles in. He's played two great games for the U23s, if he comes in and plays for Manchester United and fills that right-wing role as an 18-year-old, with potentially a whole career at Old Trafford ahead of him, it could change what they look at in the summer.

"Right now I think they are looking for a centre-back and perhaps the second position on the list would be a right-back, to give Aaron Wan-Bissaka the sort of competition Alex Telles has given Luke Shaw at left-back.

"I don't really see the demand for a front line, down the middle striker because Cavani is there, and I don't know if the economics will allow them to do that and bring a centre-back and right-back in. The dynamics are really interesting, I don't think that's a priority right now and the same applies to Jadon Sancho, with the ship potentially having sailed."

Why Man Utd believe title talk is premature for now

"In the wake of the victory over Liverpool in the FA Cup, people thought Manchester United had arrived. People at the club thought that was the moment which showed what they were all about, playing the Manchester United way, not adapting to Liverpool, and winning the game with Ole Gunnar Solskjaer football. But after that came the Sheffield United defeat, the draws with Arsenal and Everton, and it's been a reality check in many ways.

"I think they enjoyed being in the title conversation, which after last season - where they finished 33 points behind Liverpool, 15 behind Manchester City in third place - was a bonus. They are enjoying being a part of it, but other things are colluding to allow them to stay in that position, with everyone except Manchester City conspiring to allow them to take up the position they find themselves in the Premier League. 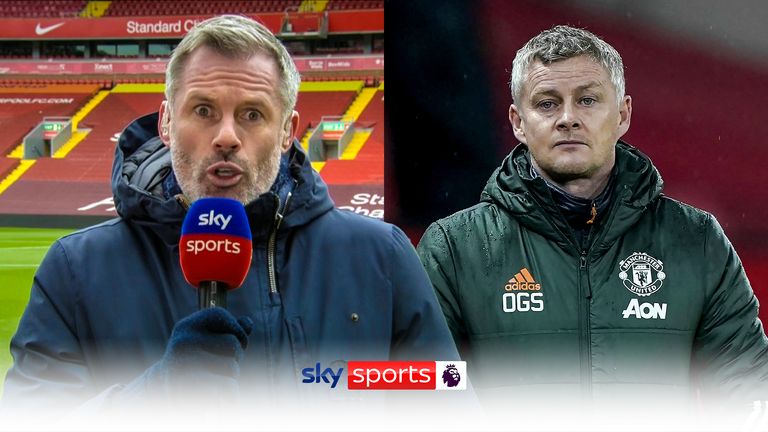 "They are still in the conversation, despite winning just one of their last four games, but in terms of being in the title race, I think everyone pinned their hopes on next season on the back of a summer window where they could perhaps bring in some new bodies and a little more quality. This will hurt Manchester United fans but I'm with Ole Gunnar Solskjaer on this, they are not proper title challengers this season."

Is De Gea under threat from Henderson? "We have been talking about competition for places at Old Trafford. Shaw is knocking on the door for England's left-back spot in response to Telles' arrival. In many ways Dean Henderson has done the same to David de Gea, who, form-wise, has probably been playing his best football of his last three seasons at Manchester United.

"It's been difficult for De Gea, things in front of him aren't good, there isn't a solid back four. Victor Lindelof looked a little bit flakey against Everton and Eric Bailly is injury-prone. With all the best will in the world, Harry Maguire is Manchester United's captain, but I don't think he's leadership material in the sense I don't think he is a natural captain. He's playing himself into the role, and when you do that, you need to be part of a back four which is not conceding goals like they have been.

"De Gea had a poor game against Everton, including his role in the last goal, which resembled a crime scene from Manchester United's perspective. But an awful lot went wrong in front of De Gea and the ball should never have got to Calvert-Lewin to score the late equaliser. 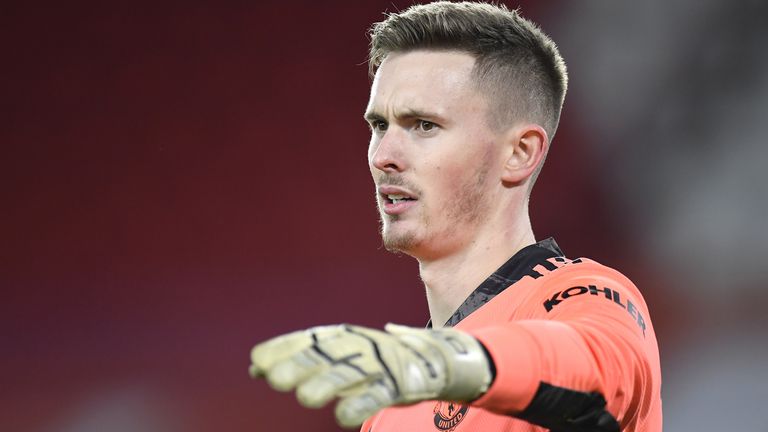 "I think De Gea remains Manchester United's No. 1, he's played almost 450 games for them, is paid a lot of money and I don't see that changing. But what might happen with an FA Cup game against West Ham at Old Trafford on the horizon, Ole Gunnar Solskjaer has the chance to take him out of firing line. The majority of Henderson's games have come in cup competitions and Solskjaer has another chance to take De Gea out without it raising too many questions.

"Henderson is a guy who doesn't suffer from confidence issues; he wants to be United's No.1, England's No.1 and he's done enough to be knocking on the door, but I don't see Solskjaer backing him right now because De Gea has played his way through worse spells of form than this.