Man Utd boss Ole Gunnar Solskjaer: "The talks are ongoing between Paul's representatives and the club's representatives. All that I've ever heard with Paul is he's looking forward to the season." 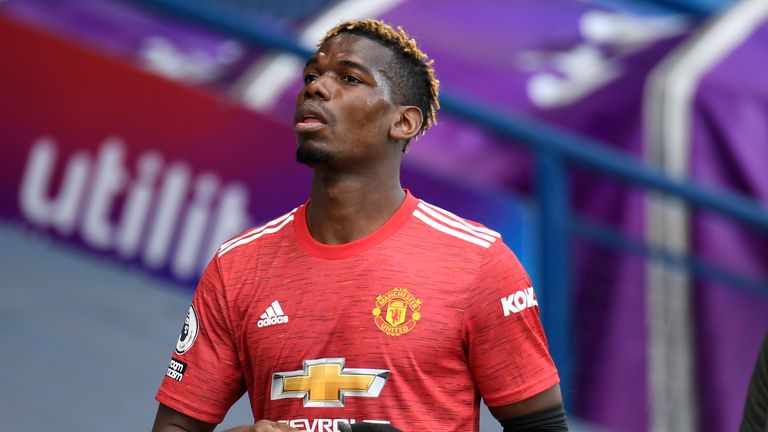 Manchester United remain in talks with midfielder Paul Pogba over a new contract despite speculation linking him with a move away from Old Trafford.

This comes after speculation that Pogba is 'increasingly unlikely' to sign a new contract extension at United amid interest from Paris Saint-Germain.

However, speaking after Man Utd's 4-2 pre-season defeat at QPR, Solskjaer said talks between the two parties were going on and that the France midfielder was looking forward to the new season at Old Trafford.

"Paul is always in the media, there is always speculation. Whenever he has been here, he has been so professional, he’s always ready to give everything for the team and that will be the case if Paul stays here, or he might stay for even longer. Paul is a very good player."

Pogba has now entered the final year of his current deal and a decision is looming for United as to whether to sell him this summer or allow him to see out the reminder of his contract and leave for free.

Paris Saint-Germain are interested in signing Pogba - but as yet, there has been no official bid or club-to-club contact regarding the 28-year-old.

Pogba, who can sign a pre-contract agreement with a foreign club in January, wants to assess all his options before deciding on what is likely to be the last big contract of his career, but Solskjaer hasn't given up hope of convincing Pogba to stay at Old Trafford.

He added: "There's always speculation about Paul, the talks between Paul and his representatives, I'm not in the detail of every single one, I've got nothing to say really, about that.

"Whenever he has been here, he has been so professional, he's always ready to give everything for the team and that will be the case if Paul stays here, or he might stay for even longer. Paul is a very good player.

"We've seen Paul at his best, Paul knows what we feel about it and I've enjoyed my time working with him and hopefully we can continue working together."

Man Utd played their first game since Jadon Sancho's arrival at the club for £73m, and Solskjaer spoke excitedly about the new addition to his front line.

He told Sky Sports News: "It's a big statement. We've followed him for a long time, it didn't work out for us last summer but we still decided that Jadon is the right one for us. He's a forward with creativity, flair, individual skills and he's got the years ahead of him. We're delighted with his arrival.

"It shows the fans we mean business. We hope that we've got one of the best forwards in England for the next 10 or 12 years. We've got Marcus [Rashford] who is 23, we've got Mason [Greenwood] who is a young lad.

"We've got an English core there and then we've got the added experience for Edinson [Cavani], Anthony [Martial], Bruno [Fernandes], Jesse [Lingard] is coming back so I think the forward line is looking really good."

Solskjaer also gave an update on potential shoulder surgery for Rashford, adding: "I think he's still thinking about it. It's a big decision for him, of course, and if he decides to have something done, it'll keep him out for a little while so we'll give him as much time as possible to do that." 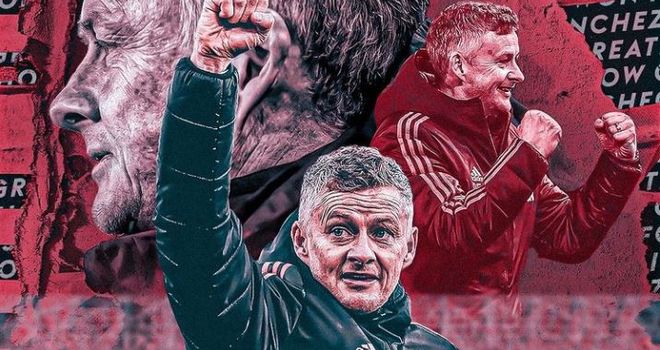 While one contract saga at Old Trafford rumbles on, another was wrapped up earlier today as Manchester United manager Solskjaer signed a new contract with the club until 2024, with the option of a further year.

After leading United to 14 wins from 19 matches, Solskjaer was rewarded with a three-year contract in 2019, which was set to expire at the end of the 2021/22 season.

Solskjaer led the club to a third-place Premier League finish in his first full season in charge. United finished second in the table last season and also reached the final of the Europa League, where they were beaten on penalties by La Liga side Villarreal.