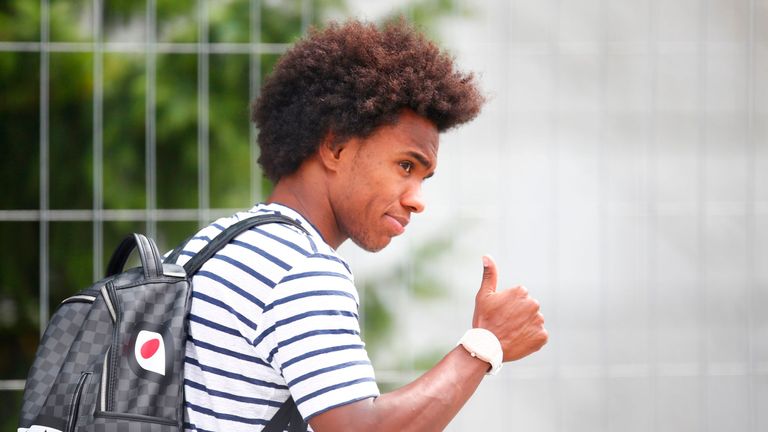 Maurizio Sarri said he is not happy with the Willian situation 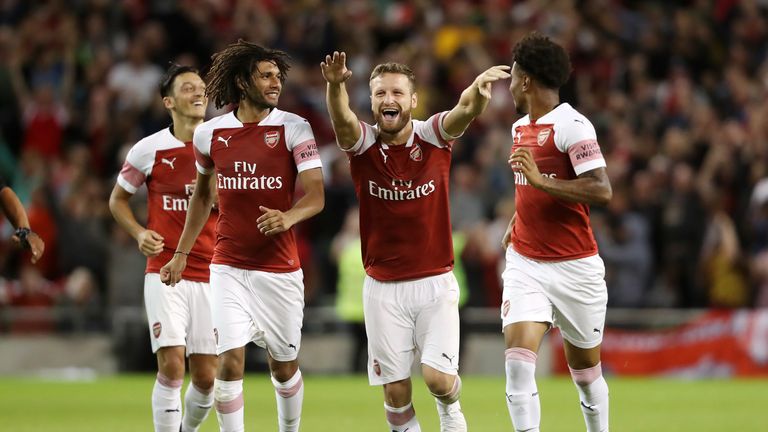 Chelsea manager Maurizio Sarri has admitted he is not happy after Willian failed to return to training on time after the World Cup.

Sky Sports News understands Chelsea have rejected several bids from Barcelona for the player this summer and the Brazilian did not report to Cobham on time last week with several newspapers reporting that he was experiencing passport problems.

The club gave him prior permission to return late, but new manager Sarri, speaking after a penalty-shoot-out defeat to Arsenal in the International Champions Cup, was clearly frustrated by the issue.

"I want to speak to him before I answer these questions," he said when asked if Willian had returned to training on Wednesday.

"I don't know. I am not happy about the situation but I would like to talk to him. Willian is one of several Chelsea players linked with a summer move to Spain with Thibaut Courtois and Eden Hazard both targets for Real Madrid.

But Sarri indicated his desire to keep his best players at the club ahead for the new season.

He added: "In this moment [I can't comment on it]. I will see them on Saturday for the first time so I don't know the situation in this moment.

"We are talking about top players and I think every club wants to keep top players." 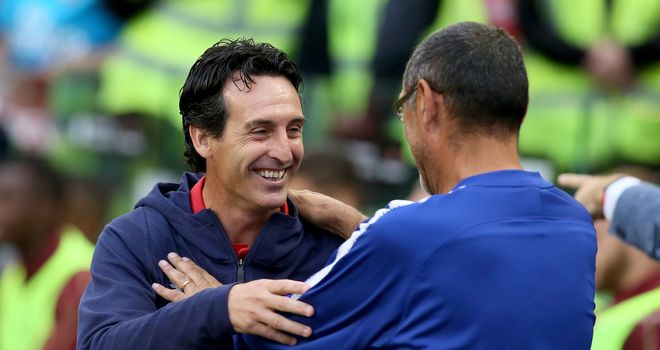 Unai Emery and Sarri embrace before the game

The Chelsea boss also confirmed Callum Hudson-Odoi was a part of his plans for the new campaign after his impressive display against Arsenal in Dublin.

"He's a young player," he said. "We have to wait. But in the future he will be a very, very strong player.

"Will he be in the first team squad? I think so He will be staying with us for all the season."