Tiemoue Bakayoko would like to stay at Chelsea after AC Milan loan, says brother and agent

Tiemoue Bakayoko's brother and agent has revealed the defensive midfielder would like to stay at Chelsea next season because of "stability" and the attraction of Champions League football.

The 24 year-old became Chelsea's second most expensive signing of all time when he joined the Blues from Monaco for £40m in 2017.

The Ligue 1 title-winner with Monaco signed a five-year contract at Stamford Bridge two years ago, a deal which expires in 2022. 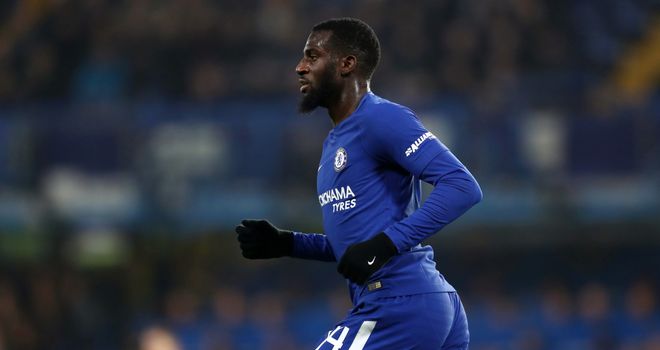 Bakayoko arrived at Chelsea from Monaco for £40m in 2017

Abdoulaye Bakayoko, his brother and agent, told L'Equipe: "There are some pretty interesting, quite heavy clubs that have inquired, but we give priority to Chelsea.

"We already know, there is the Champions League and we are looking for stability, Tiemoue has decided to stay there".

After a first season in the Premier League in which the Frenchman made 24 league appearances, Bakayoko spent the 2018/19 campaign on loan at AC Milan

Long-term injuries to Giacomo Bonaventura and Lucas Biglia opened the door for Bakayoko in Milan and he enjoyed a run of first-team games.

He featured 41 times for the San Siro club, helping them to Europa League qualification and a fifth-placed finish in Serie A.