AC Milan activate the £25m option they had to sign Fikayo Tomori in their loan agreement with Chelsea; the 23-year-old had been with Milan since January and helped the club finish second in Serie A 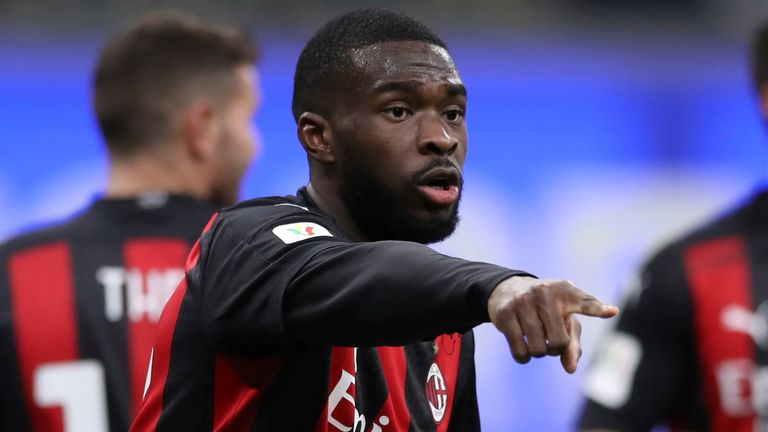 Fikayo Tomori will complete a £25m move to AC Milan from Chelsea on July 1, following a loan spell with the Italian club.

Milan confirmed the centre-back has signed a contract until June 2025 after they took up the option to buy the 23-year-old.

Tomori had been at Milan since January and helped them qualify for the Champions League by finishing second in Serie A.

Earlier this month Milan had held talks with Chelsea in an attempt to lower the agreed £25m fee but the Premier League club refused, according to Sky in Italy.

Tomori made 17 league appearances at Milan, scoring once against Juventus, as he replaced club captain Alessio Romagnoli.

Prior to his loan move the Chelsea academy graduate Tomori made only one Premier League appearance in the 2020-21 season under previous Blues boss Frank Lampard.

Meanwhile, his impressive performances at the start of the 2019-20 season earned him a call-up to the England squad.

Tomori went on to win his only senior England cap to date against Kosovo in November 2019, shortly before he signed a five-year deal at Stamford Bridge.

When confirming his departure on Thursday, Chelsea said: "Chelsea is grateful to Fikayo for his contributions at the club, from youth level to men's first-team squad, and wishes him the very best in his future career."