The 20-year-old has been an unused substitute in Chelsea's opening three Premier League games; Hudson-Odoi was open to the move as he wanted regular first-team football; an unnamed Premier League club enquired about permanent deal for Hudson-Odoi 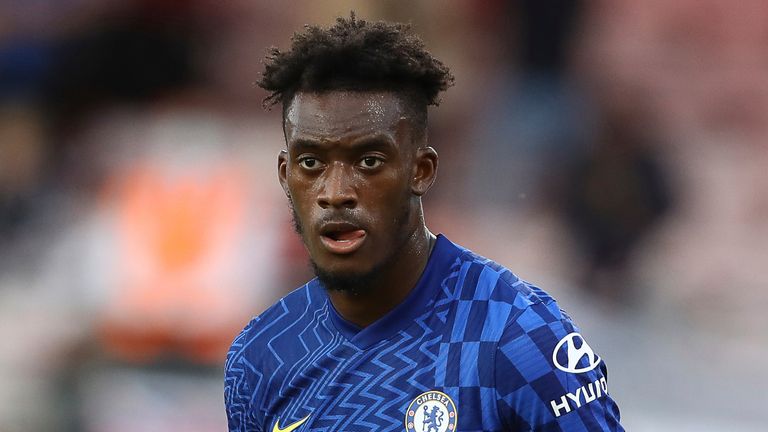 Callum Hudson-Odoi is set to remain at Chelsea after the club were unwilling to sanction a loan move to Borussia Dortmund.

Sky Sports News reported on Monday that Hudson-Odoi was open to the move as he wanted regular first-team football, while still seeing his long-term future at Chelsea.

Chelsea head coach Thomas Tuchel was reluctant to sanction the loan and his preference was always for Hudson-Odoi to stay and fight for his place.

A Premier League club made an enquiry about a permanent deal for Hudson-Odoi, who was an unused substitute in Chelsea's opening three Premier League games.

The 20-year-old has developed through the club's academy but has struggled to make an impact in the first team since signing a new five-year deal in September 2019.

Dortmund's Bundesliga rivals Bayern Munich were also interested in signing Hudson-Odoi, with Chelsea rejecting several offers from the German champions in the past.

Meanwhile, Chelsea are still hoping to sign Sevilla defender Jules Kounde after selling Kurt Zouma to West Ham for £29.8m, although the player's valuation could prove to be a stumbling block.