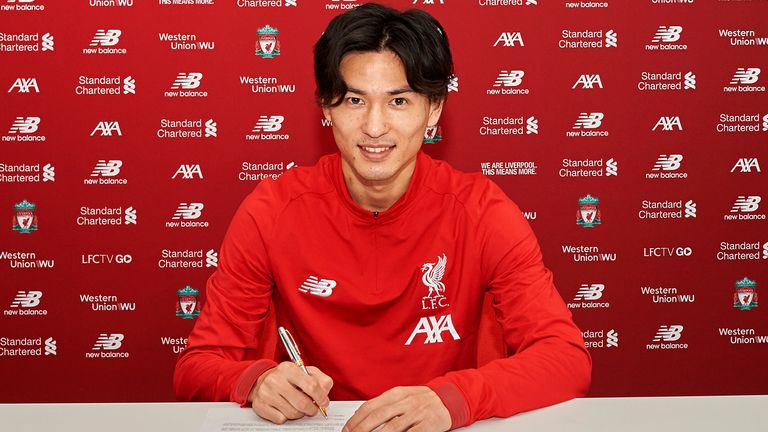 Takumi Minamino has completed his move from Red Bull Salzburg

The 24-year-old underwent a medical and agreed personal terms with the Premier League leaders on Wednesday after they triggered his £7.25m release clause.

Minamino, who will wear the No 18 shirt, told the Liverpool website: "It has been a dream, my dream to become a Liverpool player. And I'm so excited that the moment has come true. 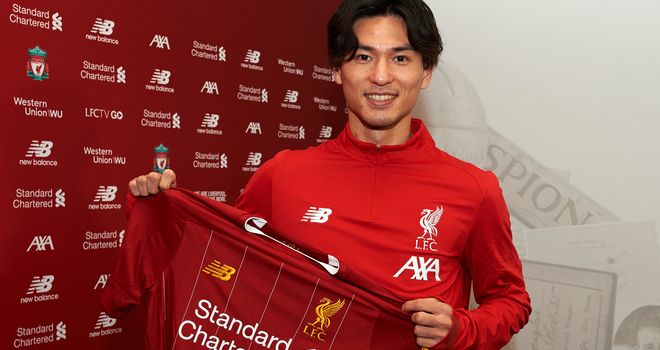 Minamino pictured with a Liverpool shirt after his signing

"But I never thought I would be able to play in this team and I'm really happy about it. I'm looking forward to it."

It is understood Jurgen Klopp has been impressed by how Michael Edwards, the club's sporting director, and football operations team secured Minamino's signing, in terms of good relationship with RB Salzburg. "This is fabulous news - a wonderful signing. We are really, really happy about this," Klopp added."Takumi is a very quick, very clever player, he finds space between the lines. He is brave with the ball but also brave without the ball - a proper team player. He makes the best of himself for the benefit of others.

"It's not hard to see why Salzburg is a favoured destination for players with real talent and hunger.

"From our experiences dealing with, and facing, Salzburg on and off the pitch in recent months, their reputation as a benchmark modern European club will only grow."

Minamino impressed against Liverpool in the Champions League this season, scoring at Anfield as Salzburg finished third behind the Reds and Napoli to qualify for the Europa League. He has also registered five goals and six assists in the Austrian Bundesliga this season for league leaders Salzburg. 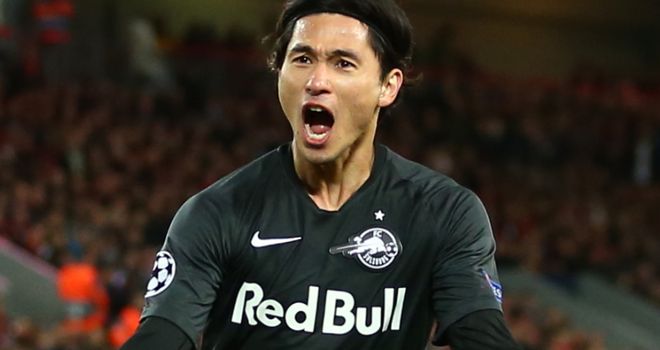 Minamino scored at Anfield this season in the Champions League 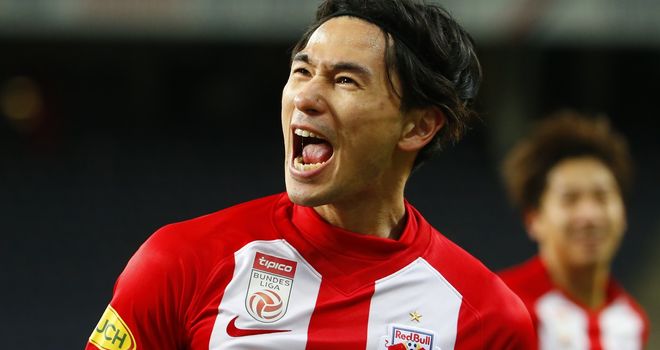 Minamino says it is his 'dream' to become a Liverpool player