Barcelona are chasing Georginio Wijnaldum this summer while Liverpool hope to sign Bayern Munich's Thiago Alcantara. Is Jurgen Klopp plotting a midfield shake-up? And what's behind it? 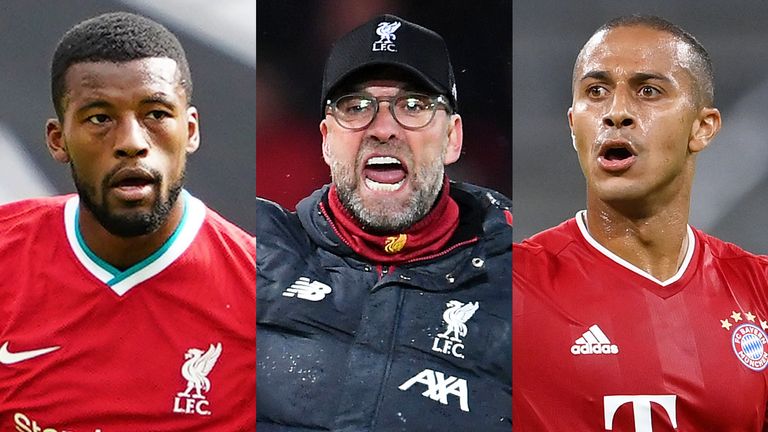 It has been a quiet transfer window for Liverpool so far. Improving a title-winning side is not easy. In fact, sticking with what you already have is sometimes the best policy. Last season's success is proof of that.

But as summer turns to autumn and the October 5 deadline draws closer, speculation is intensifying that changes are coming. Specifically, in midfield. Liverpool's pursuit of Thiago Alcantara reportedly continues. Suggestions from Barcelona are that Georginio Wijnaldum could be the man to make way.

Thiago's starring performance in Bayern Munich's Champions League final win over Paris Saint-Germain raised excitement levels on Merseyside about the prospect of his arrival at Anfield. But at the same time the uncertainty around Wijnaldum's future has caused some trepidation. 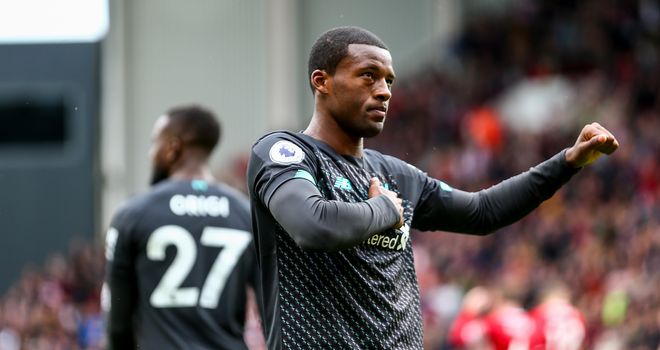 Outside of Liverpool, Wijnaldum does not receive anything like as much acclaim as many of his team-mates. He even tends to be overshadowed by his fellow midfielders. Jordan Henderson is their leader, the FWA Footballer of the Year. Fabinho and Naby Keita were nearly twice as expensive.

But Wijnaldum is arguably more important than any of them.

Since his arrival from Newcastle in 2016, he has played more minutes than any other Liverpool player except Roberto Firmino and it is no coincidence.

Wijnaldum has only missed four Premier League fixtures in the last two seasons. During that time-frame, Liverpool's win rate in all competitions drops from 77 per cent to 54 per cent in games he does not start.

Wijnaldum's contribution on the pitch can be difficult to measure.

See Liverpool back in action exclusively live on LFCTV. Find out more here.

At Newcastle, and indeed in his first season at Liverpool, his value was most apparent in the stream of goals and assists he provided. He has had his moments since then - his double in last year's Champions League win over Barcelona will not be forgotten - but his overall numbers have dropped.

Wijnaldum plays further back now, on the left-hand side of a three-man midfield commonly described as workmanlike, and yet he does not rank highly for tackles or interceptions either.

Watch Wijnaldum play in this Liverpool side, however, and it soon becomes clear what he gives them - and why Klopp has previously described him as "the perfect midfielder". If he does not make as many tackles as other players, it is only because he does not need to. Instead, Wijnaldum excels at putting himself in the right positions. When Andy Robertson bombs forward from left-back, he is there to provide cover behind him. When an attack breaks down in the final third, he is alert to the danger, shutting down passing lanes and preventing an opposition breakaway.

Wijnaldum boasts impressive resilience and immense stamina, allowing him to shuttle between his own box and the opposition's, covering more than 11km per game, contributing in both defence and attack, and exerting his influence with the ball as well as without it.

Indeed, while Wijnaldum is no longer a primary source of creativity for Liverpool, he remains one of their most technically skilled players. In fact, last season, his 91 per cent passing accuracy rate was the highest of any Liverpool player and the third-highest among Premier League midfielders behind only Manchester City pair Rodri and Ilkay Gundogan.

Even in Klopp's "heavy metal" Liverpool there is a need for composure, a need for someone who can knit the chaos together, and right now that someone is Wijnaldum. Klopp loves his ability to keep the ball in tight spaces. He feels the same way about his resistance to pressing.

The problem, of course, is that, if Liverpool do intend to buy Thiago, they must sell first, and Wijnaldum's contractual situation - he only has a year remaining on his current deal - coupled with the interest of Ronald Koeman at Barcelona, make him the most likely candidate for an exit.

Klopp will let him go reluctantly but, as Jamie Carragher recently put it on Sky Sports News: "Thiago would bring something different." 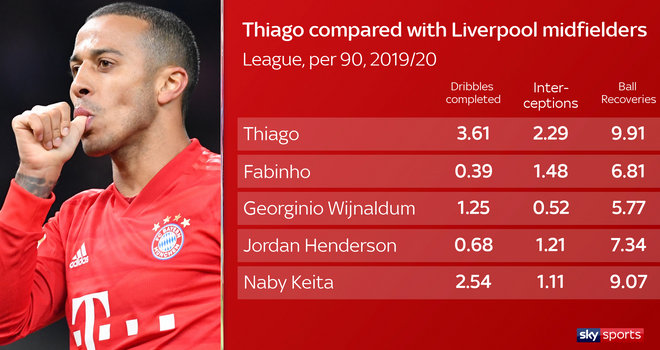 The Spain international is a playmaker of the highest order, a penetrative passer and someone who would add a new dimension to Liverpool's midfield. He would allow them to attack in a different way, perhaps even play in a different way. In addition to his imaginative distribution, he possesses outstanding dribbling ability.

He would also bring fresh impetus and plenty of excitement. Motivation has not been a problem for this Liverpool side, but there is a fine line between stability and going stale. Last year, it was about consolidation. This year, however, there is a feeling that more action is required. 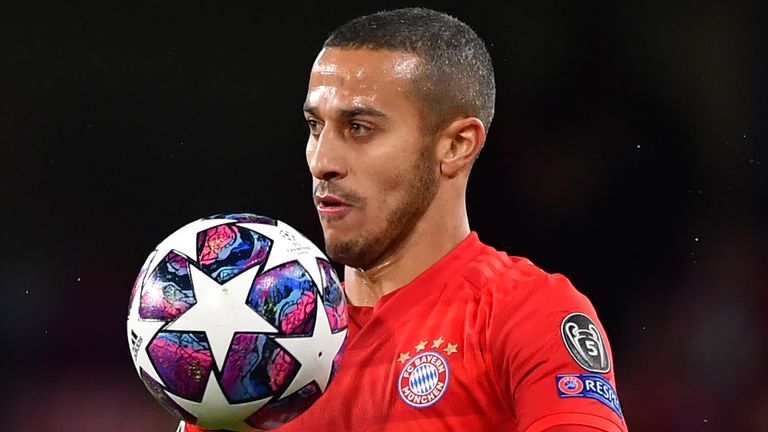 "The only worry for Liverpool is that the team hasn't changed too much," added Carragher. "Sometimes you just need a bit of freshness adding to it, mentally as much as anything."

Thiago, a serial trophy-winner whose leadership on the pitch was plain to see during last month's Champions League final, would certainly keep his Liverpool team-mates on their toes. It is also worth noting that, at Bayern, he has already shown he can thrive in a high-pressing team.

Thiago is rarely talked about for his off-the-ball work - in fact it is often framed as a weakness in his game - but what he lacks in outright athleticism, he makes up for in positional intelligence and work-rate. 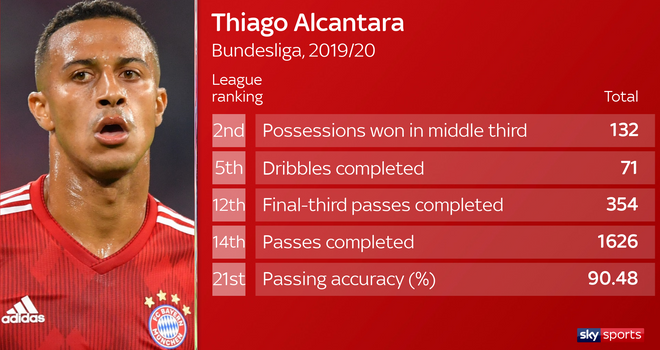 Last season, in fact, he averaged more ball recoveries per 90 minutes than any of Liverpool's current midfielders. In the Bundesliga as a whole, he ranked second for possessions won in the middle third of the pitch.

Those numbers suggest that, as well as giving Liverpool something different, Thiago would fit in with principles Klopp has already put in place. It is why this midfield shake-up may be the best way to improve Liverpool - even if it means sacrificing a player as important as Wijnaldum.