Tiredness or injuries to blame for Liverpool's form? Will they sign a defender? And are they fearful of nearest challengers Man Utd ahead of January 17 clash on Sky Sports? Vinny O'Connor answers all in the latest Regional Review on the Pitch to Post podcast. 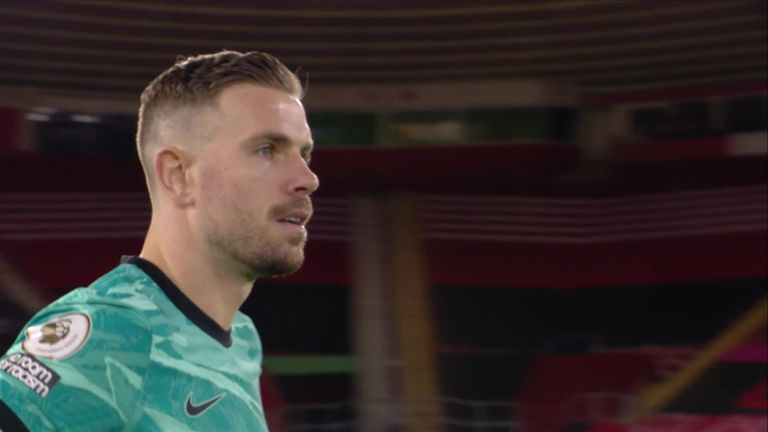 Jurgen Klopp says Liverpool are going through a "rusty" moment with no win in three games, and concerning away form. What's behind the dip? The Pitch to Post podcast panel discuss...

Liverpool had just one shot on target in the defeat by Southampton on Monday Night Football, following draws against struggling West Bromwich Albion and Newcastle after Christmas.

They've now drawn more games than any other Premier League side with six, twice as many as last season, and are level on points at the top of the table with Manchester United, who have a game in hand.

In the Regional Review section of the Pitch to Post Review show, Sky Sports News' Vinny O'Connor analyses Liverpool's form, what's behind it, and discusses whether Klopp will enter the market in January for a new centre-back. 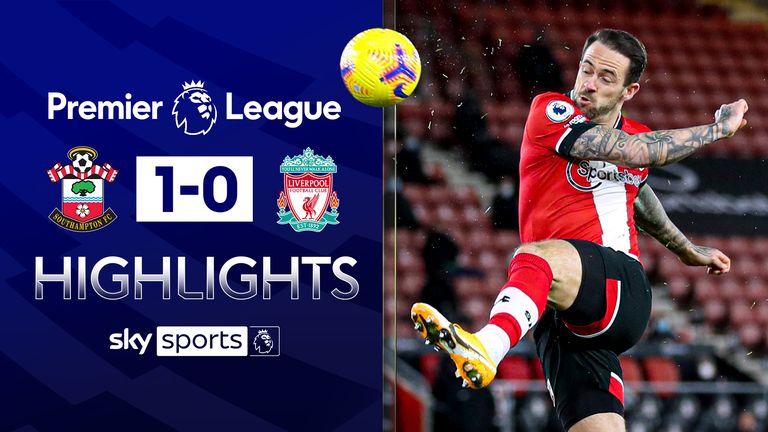 Liverpool's injury record this season has been well-documented, with centre-backs Virgil van Dijk and Joe Gomez out for most of the season, and Joel Matip also currently injured.

Having previously called upon youngsters Rhys Williams and Nat Phillips to partner defensive midfielder Fabinho in defence, Klopp went for fellow midfielder and skipper Jordan Henderson in the defeat at Southampton. Sky Sports News' O'Connor believes slow starts, paired with the injuries and lack of competition they bring, have been a problem.

"It's difficult to say what's going wrong. In context, they're still top on goal difference, it's only their second defeat of the season, and four of their next six games are home. But slow starts have become a big problem for them. We're used to Liverpool being a relentless machine, but in the last few weeks it has gone off the boil somewhat. 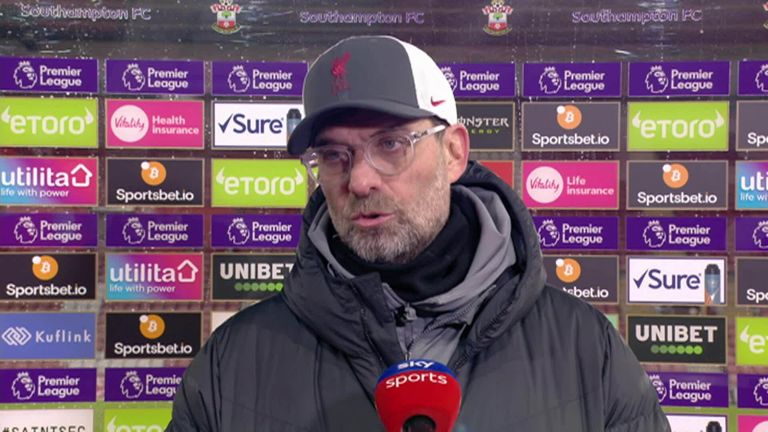 "There were moments last season where Liverpool struggled against sides you'd expect them to beat. You just wonder whether a little bit of tiredness has crept in, with the relentless pace they've played at in the last few seasons, and obviously injuries have taken their toll as well.

"We saw Klopp try to use another solution with Jordan Henderson playing at centre-back, but maybe they lose something from midfield with that, obviously with Fabinho playing at centre-half too, with needs-must at the moment.

"It seems there's a bit of luck against them, and maybe they're not quite at it in terms of the relentless nature we've seen from them in the past. So, will Liverpool enter the market for a centre-back in January? Klopp and Liverpool have notoriously kept their cards close to their chest - Diogo Jota, Fabinho and Alisson were all signed with little public notice.

Although O'Connor feels they need experience in defence to cover for Van Dijk, Matip and Gomez, a deal won't be done for the sake of numbers.

"Jurgen Klopp keeps maintaining that he's looking for solutions within his own squad, with Rhys Williams and Nat Phillips coming in and doing well. Klopp also remains hopeful that Joel Matip's injury problems will have gone once he gets fit again, because before this season he was averaging 30 games a season for Liverpool.

"Looking at it, and the fact Matip continues to have the problems, with Van Dijk and Gomez out, you'd need an experienced head to come in at centre-half; it makes total sense.

"Liverpool's stance again has been that they're not necessarily going to use the market again, but they did say that in the summer.

"What Klopp has said last week is that with the pandemic, there's uncertainty over finances, so he's not sure exactly what they can and can't do. But the caveat is, and these are Jurgen's words too, if the right deal comes along they are more than capable of doing it.

"That probably sums it up. If Liverpool do spend, it won't be for the sake of it or just to get numbers in. Liverpool have said they have no interest in Sven Botman of Lille, so again if Liverpool do have somebody lined up they're keeping it secret as they have done in the past." 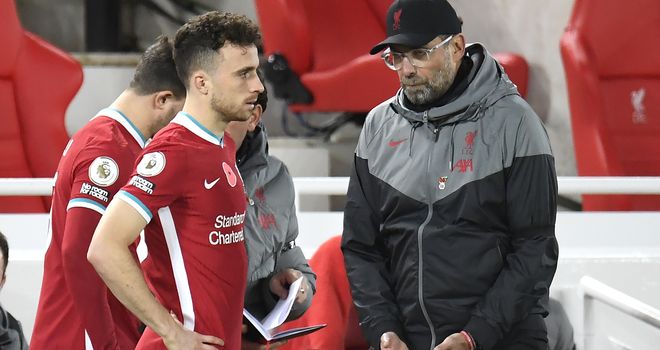 "The front three are maybe not quite clicking at the moment, and Klopp doesn't have the back-up of Diogo Jota. He'd scored nine goals this season already before his injury, and was proving to be a massive threat, offering great competition for the traditional front three; he was more than a back-up for them.

"I don't think Sadio Mane, Mo Salah and Roberto Firmino have dropped off in any way, shape or form, but with the workload they have, sometimes it makes sense to rotate here and there. At the moment Jurgen Klopp doesn't have that option.

"Injuries I would argue have played a massive part. I think the win against Aston Villa last season, where they were 1-0 down with a few minutes to go before Andrew Robertson and Sadio Mane turned it around, was a massive point in the title win. That could have been the kind of scenario we'd have seen at Southampton if Liverpool had a fully fit squad to choose from.

"This is a squad that has been relentless for two seasons, and the standards they've set are high, but at some point you're going to hit a dip. Maybe this is Liverpool's but you'd expect them to come out of it, as they have a massive platform on which to build.

"Jurgen Klopp was under no illusions that this season would be difficult, because of the world we're living in and the truncated nature of the season." 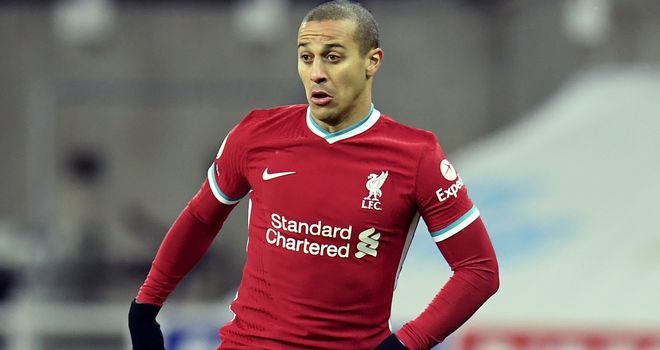 Thiago Alcantara has returned from injury

One piece of good news over the winter period for Liverpool has been the return of Thiago Alcantara following his knee injury picked up in October.

"We saw in the cameo against Newcastle exactly what he can offer. I don't think anyone thought when he got injured against Everton that he'd be out for two-and-a-half months.

"There has been a great deal of frustration at Liverpool that they've been robbed of such a world-class midfielder for that time. In respect of having another option, it's a massive boost to have him back, because it does allow them to drop Jordan Henderson into defence.

"Thiago is still building back his match fitness, but with his range of passing, and the control he offers in that midfield, you can see the world-class performer he is.

"But the best is still to come from him because of the disruptive start to his Liverpool career."

Next up: Man Utd. Will Liverpool be fearful? 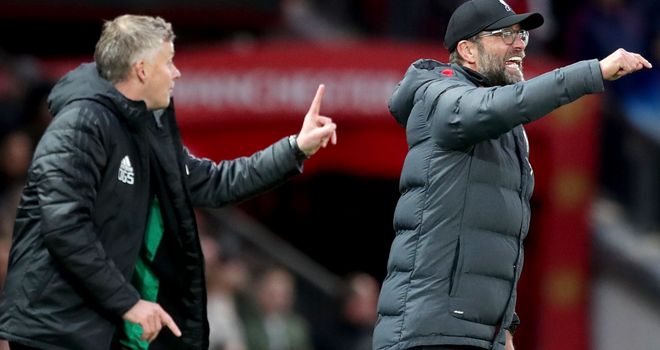 Liverpool face Manchester United next in the Premier League

Liverpool's current closest challengers are Manchester United, who have averted a crisis of their own in the space of a month, winning five of their last seven.

The two old rivals face each other at Anfield on January 17, live on Sky Sports, and O'Connor feels the clash is set up perfectly.

"What's interesting about this game is how Jurgen Klopp approaches it. If he does bring a centre-back in between now and then, that's a massive occasion to throw a new player into.

"Additionally, do you play Jordan Henderson alongside Fabinho, and lose two midfielders who could arguably keep an eye on Bruno Fernandes?

"Then for Rhys Williams or Nat Phillips, if one of them plays alongside Fabinho, how do they cope with the likes of Rashford, Martial, Greenwood.

"So it's set up perfectly. United are flying at the moment, and with Liverpool's injury problems and questions to answer, it is the kind of occasion you see champions rise to."