Sol Campbell is confident Arsenal and Alexis Sanchez will come to an agreement over a new contract.

Sanchez has 18 months left on his current deal at the Emirates and is yet to sign an extension to extend his stay at the club beyond the summer of 2018.

The Chile international scored a 98th-minute 'Panenka' penalty to earn Arsenal a dramatic 2-1 victory over Burnley on Super Sunday and take his tally for the season to 17 goals in all competitions. 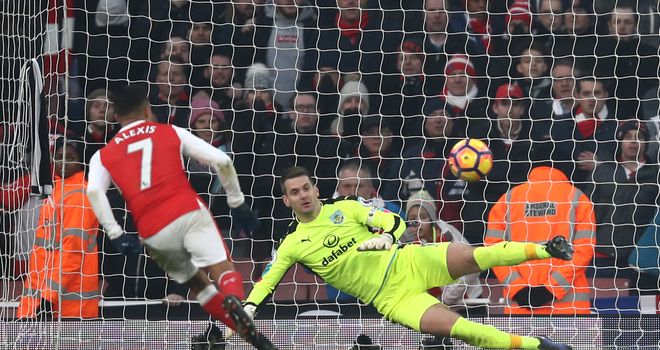 "I think there are a lot of things behind the scenes and it's all about cutting a deal, getting the deal done and sometimes compromising," Campbell told Premier League Daily.

"That fantastic penalty reminds me of Thierry Henry, he used to score a lot of those type of penalties.

"But he [Sanchez] has comes in, his attitude is tremendous, he is one of the players that I have seen in the last five to 10 years that has come into Arsenal and bang, straight away he is working, he's scoring goals and he's into it.

"He's not taken six months to get going or one year to get going at the club, so that should keep him in good stead. Hopefully the board come and get the deal done." 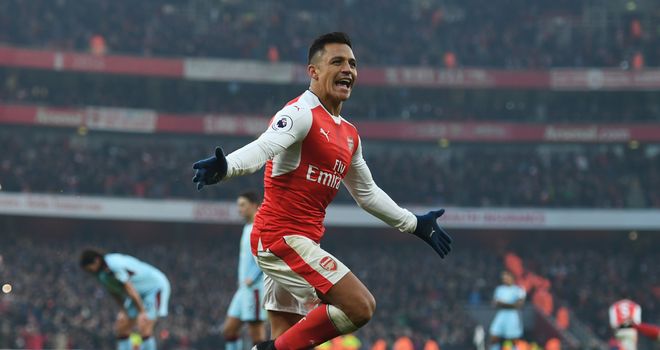 Arsenal travel to Stamford Bridge on February 4, live on Sky Sports 1 HD, in what could be a defining clash for the Gunners' title hopes.

Campbell insists his former club do have the players to secure silverware, but acknowledges overhauling Chelsea in the title race could prove a difficult task.

"They've got the quality to win trophies, they've won a couple of FA Cups, but when it comes to the Premier League it's all about stamina," said Campbell, who won two Premier League titles with Arsenal.

"Week-in-week-out, rain or shine, difficult games, not playing well and getting through that and a little bit of rub of the green.

"They've got the talent, but at the moment the trouble is Chelsea are running away with it. They [Chelsea] have got 55 points and the stats would say no one has ever lost it, but you never know."