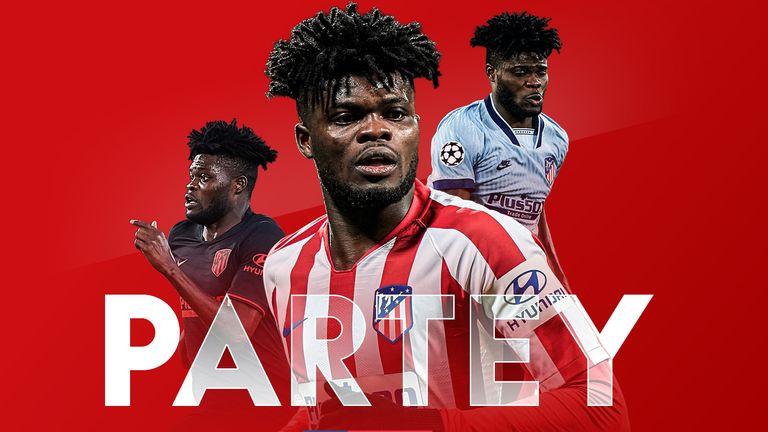 Arsenal are reportedly ramping up their summer pursuit of Thomas Partey, and it is clear to see why he is a player in such high demand.

The Daily Express claims that The Gunners are 'upping their interest' in the Atletico Madrid midfielder - just the latest report in a long-rumoured transfer.

Partey's intentions and his reachable £45m buyout clause make him one of Europe's most sought-after players.

Talk of an imminent switch to the Gunners gathered momentum when Partey's father, Jacob, told Ghanaian radio station Entsie en Tru FM recently: "Arsenal would be good for him, they have lots of followers in Ghana. He'd be happy if he went to Arsenal." 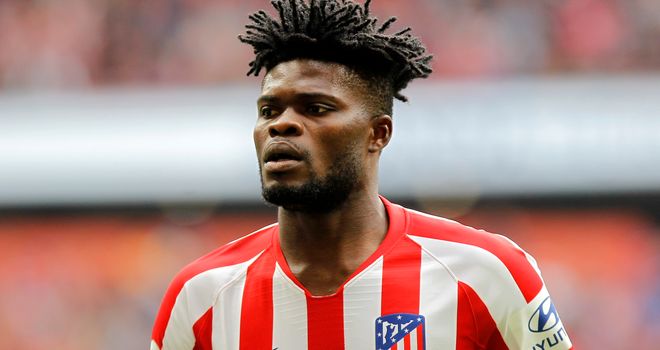 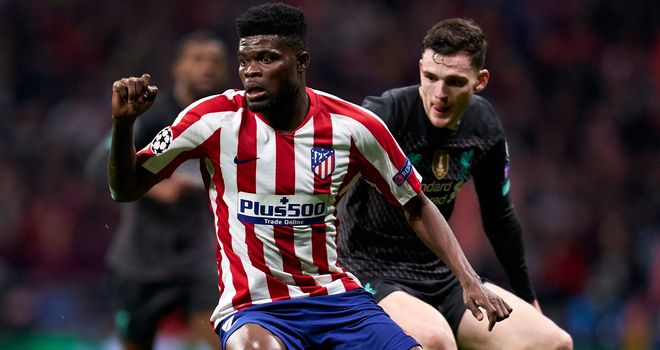 Partey impressed against Liverpool during the Champions League last 16 Partey scored in Atletico's 2-2 draw with Valencia in February

"Atleti will have received a tremendous amount of money from a quite brilliant Champions League campaign but that has been curtailed. They would have expected to be playing in a Champions League semi-final match, and they'd have been paid more money by UEFA. 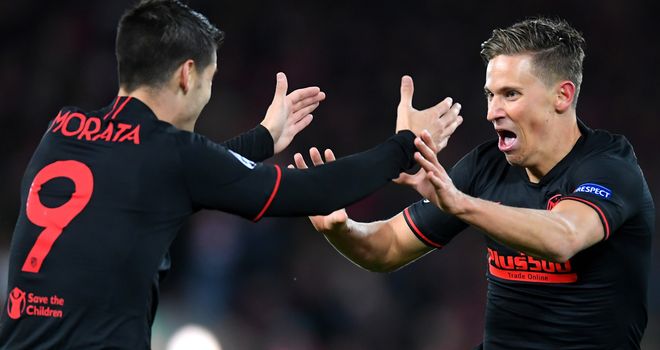 Marcos Llorente celebrates his double against Liverpool before the lockdown 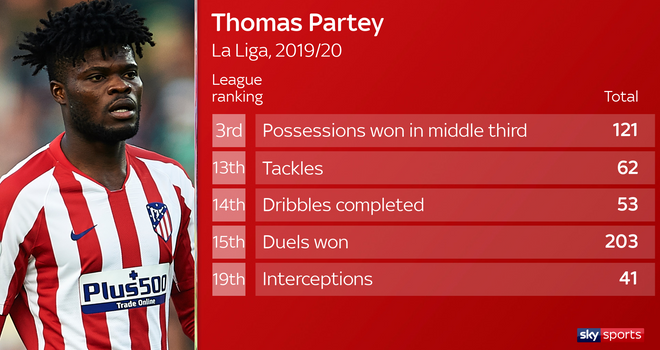 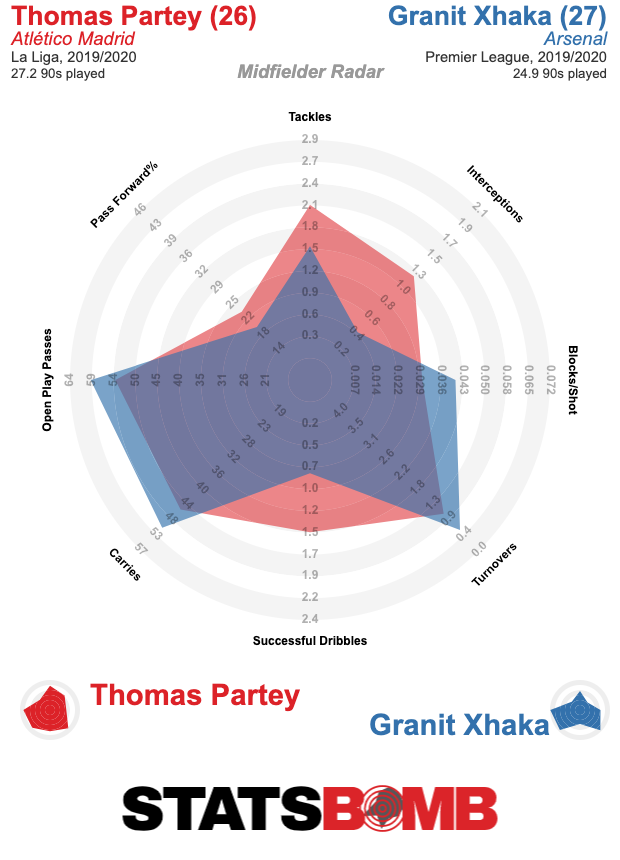 Arsenal would not turn to Partey for creativity from midfield if he were to join; Koke (56) and Hector Herrera (20) have created more chances than his 17 in La Liga.

Conversely, of all the midfielders in La Liga, only former Manchester City destroyer Fernando has received more yellow cards at Sevilla than the 26-year-old's 12, underlying his tenacious approach at the other end of the pitch. 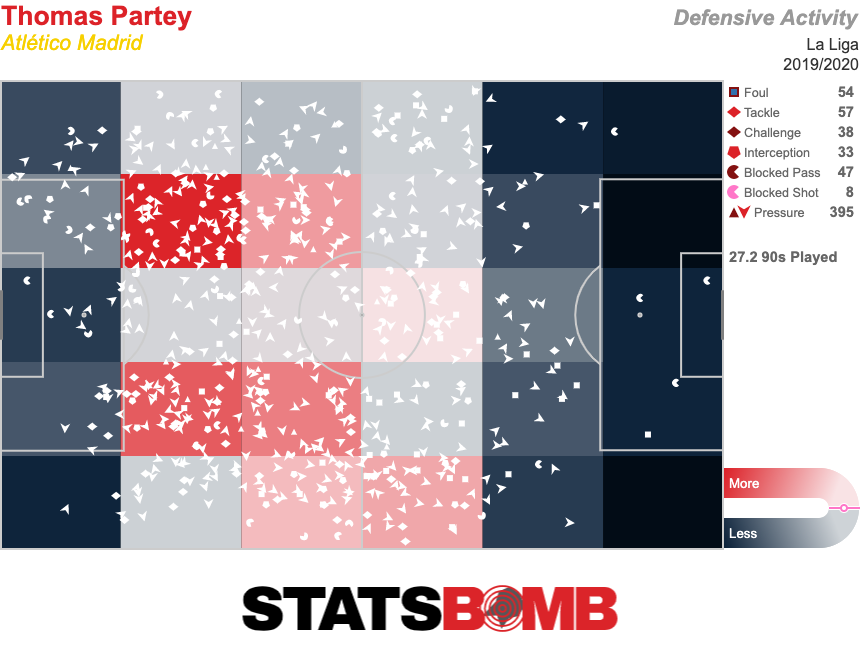 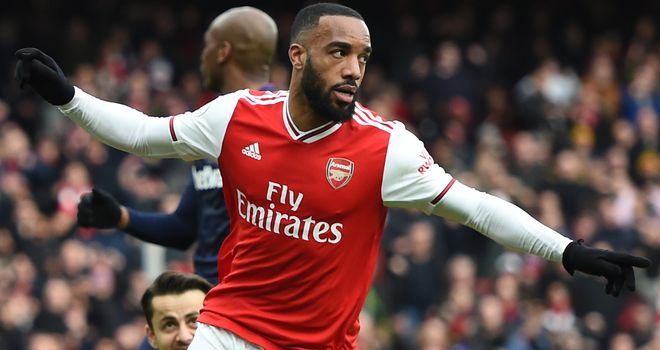 It was reported in April by The Sun that Arsenal were willing to offer Alexandre Lacazette in a part-exchange deal, while there were further claims in Spain that the Frenchman had been in contact with Antoine Griezmann to request information about Simeone's management style.

Lacazette moved to deny those rumours on social media, and Hunter believes that while Atletico need to increase the number of goals in their team, the 29-year-old does not fit the club's striker profile.

"It's something that has actually dogged them for some time: they've scored 43 goals in 33 league games - just over a goal a game. Could Partey's potential Atletico departure facilitate more goals in the side?

"They still defend well, perhaps not quite as miserly as they used to, but Barcelona have scored nearly double Atleti's goals (74) while Real Madrid (60) have got 17 more, so these are really significant numbers if you want to be challenging to win trophies and to be in the top four of La Liga.