Arsenal boss on his captain: 'I think the connection he has with the fans is unique. I believe he is in the perfect place for him'. Watch Aston Villa vs Arsenal live on Sky Sports Main Event and Sky Sports Premier League from 8pm on Tuesday; kick-off 8.15pm 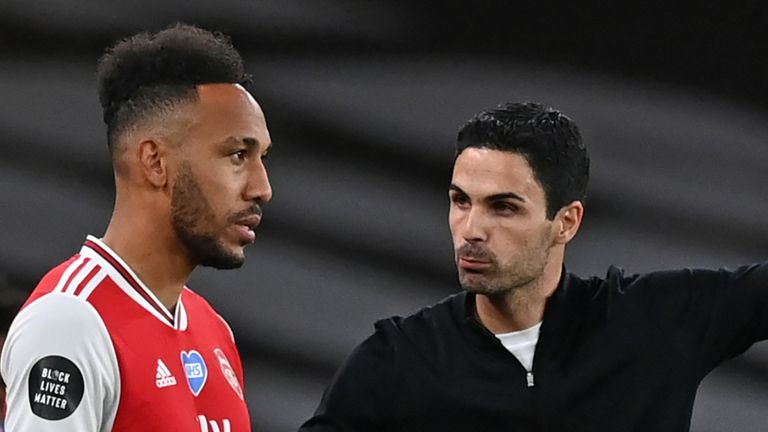 Arsenal head coach Mikel Arteta says he "likes the way the conversations are going" with Pierre-Emerick Aubameyang over a contract extension and is confident his captain will stay.

Aubameyang, who scored twice for the Gunners in Saturday's 2-0 FA Cup semi-final win over holders Manchester City, has one year remaining on his current deal at the Emirates.

Arteta admitted on Monday that the future of his top scorer remains uncertain but he has since told Sky Sports News that he expects a resolution to be found between the club and the striker over a new deal.

"I don't know, to put a date right now is very difficult," said Arteta when asked about a deadline for negotiations.

"I like the way the conversations are going, I like what I'm hearing. I'm sure for both parties, the quicker we can do it, the better for everyone.

"I am confident he will extend his stay."

Asked what gives him the confidence his captain will stay, Arteta continued: "He's generally happy. I think he is enjoying his football. He is settled in the country and his family are good. 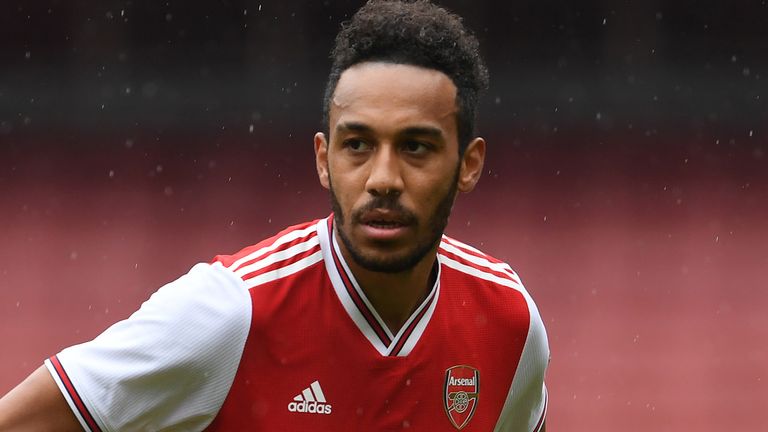 "I think he can sense - and we've told him - how much we like him, how much we value him. I think the connection he has with the fans is unique. I believe he is in the perfect place for him.

"Everything I have from him and the people around him is the same. So I don't have any arguments to say something different."

Arteta said last week after Wednesday's win over newly-crowned Premier League champions Liverpool that he had big concerns about how much money he would be given in the summer to improve his squad. 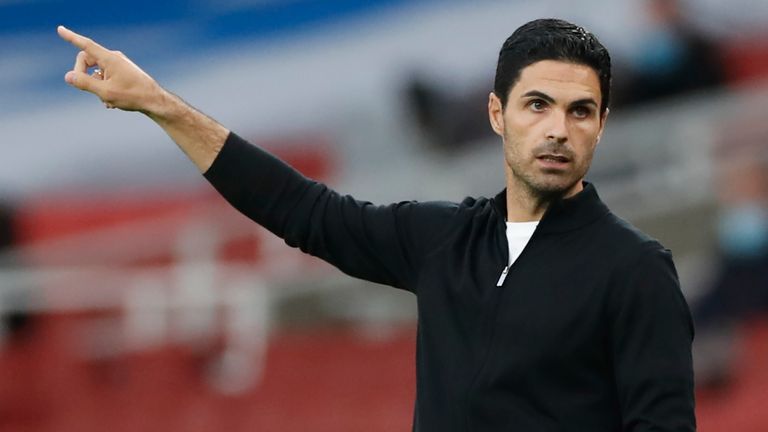 But the Spaniard has now changed his tune and says he and the club's hierarchy are "on the same page" with more concrete information about his transfer budget expected to arrive in the next few weeks.

"I think we will get all of the support that we need," he added.

"Some of the limitations that we have and the uncertainties that we have are going to be a little bit clearer in the next week or two weeks and then we will be in a much stronger position to know how much we can do or cannot do.

"But I am very positive because everything I'm hearing is that we want the same thing and that's the most important thing." 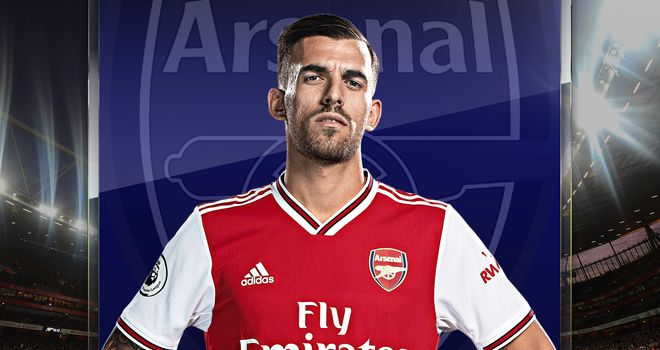 Football's behind-closed-doors return has provided an intriguing insight into Mikel Arteta's hands-on approach to coaching. His instructions, shouted continuously from the touchline, have been audible in every Arsenal game. And there's one name which crops up more than most.

Arteta revolution under way at Arsenal

Mikel Arteta has not had it easy at Arsenal. Having inherited a team in freefall in December, his tenure started with a run of seven games in less than a month. The schedule has been even more hectic since the restart and there have been injuries and disciplinary issues to contend with too.

It could hardly have been more challenging. In fact it has felt like an impossible job at times. But the events of the last week show why Arsenal put their faith in him. "We've beaten probably the two best teams in Europe," he surmised after Saturday's FA Cup semi-final win over Manchester City.

It was achieved with the same group of players Arteta inherited from Unai Emery. There were no major arrivals in January and those they did sign, Pablo Mari and Cedric Soares, have rarely featured due to injuries. Since then, Mesut Ozil has been frozen out for failing to conform to Arteta's way of working and Matteo Guendouzi has suffered the same fate.

Instead of being weakened, however, Arsenal have become stronger.