Everton are five points off top spot and just two outside the top four, but that doesn't even begin to tell the story of what's already been a season of two halves at Goodison Park. Ten games, five points off top and two away from the Champions League places. If you offered that to Everton before a ball had been kicked, they would have probably bitten your hand off.

And yet, there's mounting concern surrounding Goodison Park that Everton's season may be tailing off no sooner after it has started.

Everton won their opening seven games in all competitions but Saturday's defeat to Leeds means they have collected just four points from the previous 18 available.

The Toffees were the focus on the latest Regional Review on the latest episode of the Pitch to Post Podcast, as Sky Sports News reporter Alan Myers tried to get to the bottom of Everton's campaign of contrast.

"After a 12th-place finish last season, Everton had to improve. It was Carlo Ancelotti's worst-ever finish in his career, so something needed to change, and it did.

"With the new signings they got off to a flyer, Evertonians maybe started to get too excited as to where they might be heading, but a bit of reality has set in at the moment and they are trying to find their feet again.

"We're quite right to get excited about Everton's first XI, it's a good team and can cause damage to any other side, as has been shown this season. The problem is that they've not had that first XI since the Merseyside derby, really.

"Richarlison got sent off in that game as we know, there was a couple of injuries, and there are teams, dare I say it, like Liverpool who are still winning with injuries. They have that strength to their squad, and I don't think Everton have that strength of squad. That's the issue. 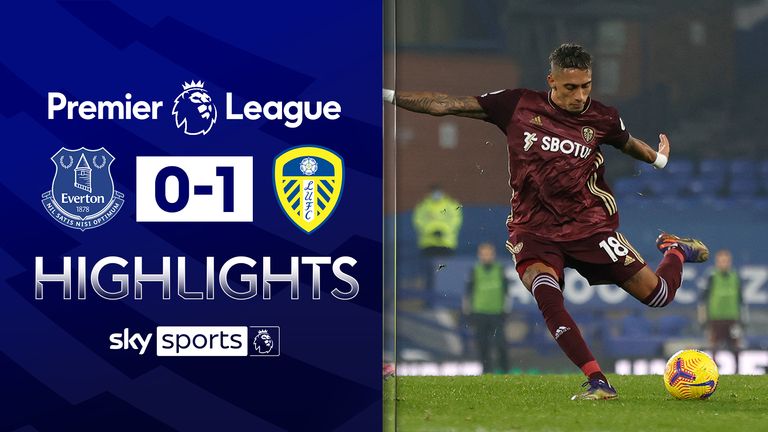 "Once they lose the likes of Richarlison, Seamus Coleman, who was playing well before he got injured, now Lucas Digne, Everton cannot afford to lose those kind of players.

"Everton have been in a cycle for the last three or four years of repairing things, changing things and they've got to get out of that and into a steady period where the same team can play together.

"Everton haven't got there yet, work remains in terms of squad building for Ancelotti, and that is the explanation for why the season has drifted away a bit."

Toffees' troubles at the back

There was an expectation Ancelotti's arrivals at Goodison Park would finally solve Everton's long-standing issues at the back, but the Toffees continued to be plagued by defensive instability.

Saturday's defeat to Leeds was Everton's fourth defeat in five and means their opening-day victory at Tottenham remains the only time they have managed to keep a Premier League clean sheet this term. "Everton haven't had a settled back line since the start of the season, that is the issue. Decisions are still to be made on which is the best centre-half pairing.

"They lost Mason Holgate who was in really good form before, now they've lost Coleman and Digne. The situation on Saturday was Tom Davies and Alex Iwobi at wing-back, it doesn't take a genius to understand that is not ideal.

"There was a sense they were going to bring in the young Niels Nkounkou, that didn't happen, Ancelotti obviously felt he was a bit too young for the attacking force Leeds were going to offer and did offer.

"It comes back to the same old issue of having a settled back four, Everton haven't had that this season and that shows in the goals against columns."

Despite an impressive summer of spending, Everton are very much still a work in progress. With January around the corner, is there a case for them to dip into the market again?

"It's a difficult one. They have brought in some good players, the three players brought in before Ben Godfrey were all excitable signings. Everybody was delighted by them, and the whole they have been very good.

"James Rodriguez has dropped away a little bit in the last few games, people are looking for a little bit more from him when Everton are defending, although I'm not sure that's something you're ever going to get from a player like that.

"But undoubtedly, they need to continue to buy players, the problem is an age-old one, and that is they have still got a lot of players they need to get out. 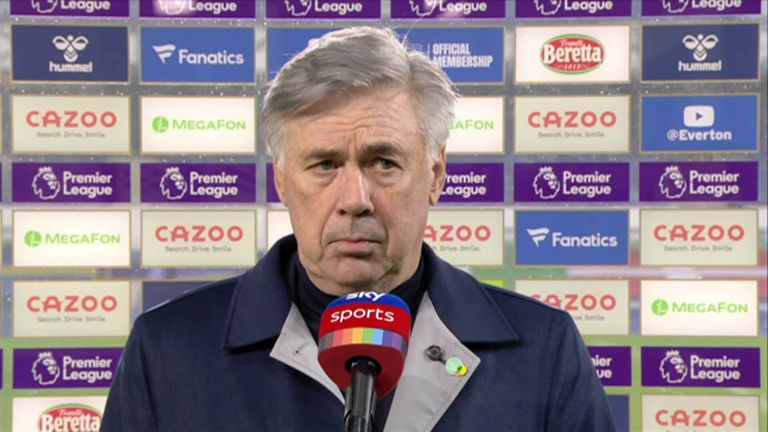 "Everton pushed the boundaries a lot in the summer window and they need to do that again, but there is probably as many as six players they need to get out. Underneath the first XI, things don't seem to be happening when they come in.

"It is a building job and I'm mindful to say they need to be patient, because there isn't a more patient set of football fans in English football at the moment than the Everton fans. It's been over 25 years since they had a trophy, so it's a bit rich asking for patience.

"But the fact of the matter is when you change managers the way Everton have over the few years, this is what happens, you get legacy players from other managers which the new manager doesn't want. But there is no two ways about it, they will have to spend in January.

"The striker situation is an area in need of strengthening, having let Moise Kean and Theo Walcott go. People were expecting one of those to be replaced in the summer, but it didn't happen. With Digne out for a few months now, the defensively they may look to bring in someone at left-back.

"There's a lot of work to be done but I don't think there's going to be that massive spending that everyone feels and wants to happen."

Saturday's early kick-off at Burnley sees Everton embark on a testing fixtures schedule that sees the Toffees face Chelsea, Leicester and Arsenal in the Premier League before a Carabao Cup quarter-final against Manchester United.

"It's a season-defining period on the horizon for Everton, especially the Manchester United game in the Carabao Cup.

"It might not seem important when you look at some of the league games, but if you live the Everton way of life as I have over the last 25 years, you want to see a trophy at the club and this represents a really good opportunity to go and get that first trophy in 25 years.

"Burnley is a huge game this weekend, I know they were on the end of a hammering at Manchester City, but they have perked up in recent weeks and look like they have got their stuff together, as Sean Dyche always does. Everton need to go to Turf Moor and get a result because there are some tough games coming up.

"The frustrating thing at the moment is that the top six is pretty much open, and a lot of Everton fans were hoping they would grasp that opportunity. They still might, but December will be a crucial month if they are."