Newcastle are perilously placed in the Premier League relegation battle - are they repeating the mistakes of the 2015/16 season?

Defeat to Manchester United combined with Fulham's resurgence - most recently thanks to a 1-0 win over Sheffield United in a crunch clash at the bottom - means the Magpies are now hovering just three points above the drop zone.

Sky Sports News' Keith Downie joined the Pitch to Post podcast for a Regional Review to explain fears Newcastle are "sleepwalking towards relegation" and assess what the future might hold for Steve Bruce as he recalls the 2015/16 campaign that saw Rafa Benitez replace Steve McClaren - but not in time to save the club from the Championship.

Downie gives his take on a potential goalkeeping dilemma for Bruce and admits injury to Callum Wilson "could be the difference between Newcastle staying up and going down". "I think it's fair to say that Newcastle supporters are petrified.

"Their worry has been increasing week on week as Fulham have been picking up results.

"Actually, despite losing to Manchester United last time out, they've been playing better for the last few weeks. There was a really good performance against Everton last month, a hard-fought 3-2 win against Southampton when they went down to nine men.

"They've been playing more attacking, front-foot football but it's Fulham's run that is the concern. The gap is now three points and Newcastle could be in the bottom three this weekend. That's how serious it has become. It's amazing how quickly things have turned.

"Newcastle supporters will tell you, 'Don't say we haven't warned you'. There's a real concern from the fans - and they used this term quite often - that Newcastle are sleepwalking towards relegation.

"Steve Bruce said he was "quietly confident" he would keep the side up. I do not think the Newcastle supporters have the same belief."

'Parallels with McClaren... where does Jones fit in?' 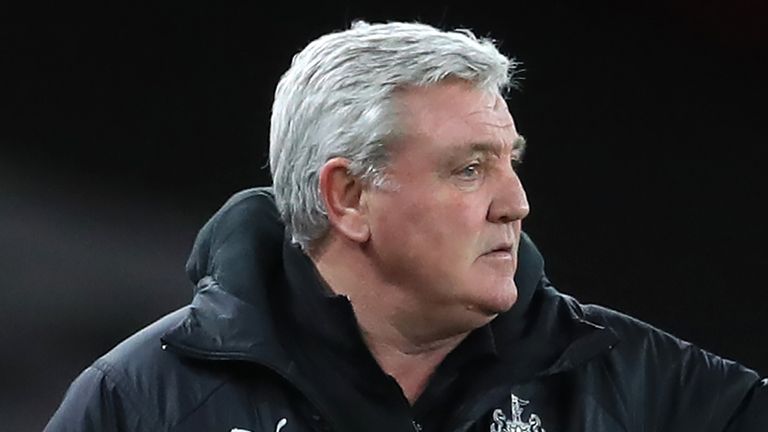 "If you look back to 2016, Newcastle supporters felt the club left it far too late to replace Steve McClaren, who was really struggling. Rafa Benitez didn't have enough time to turn things around and they were relegated.

"I think the fans are seeing a lot of parallels this season. They said for weeks that McClaren had to go but the club waited and waited and Mike Ashley dug his heels in.

"The biggest issue is who would take over? I'm not sure there's anyone who stands out who would come in until the end of the season?

"They've brought in Graeme Jones as a coach to help Bruce - there's no doubt that performances have changed since then, but you have to take into account that a week before Jones arrived, Bruce vowed to do it his own way and be more attacking anyway.

"My reading of the situation is that Jones has been brought in to help but that he's not part of the existing group of coaches - Steve Agnew and Stephen Clemence, who are already there.

"It would look like if the club feel they do need to act and feel that the situation has become irreparable, they've got Jones to step in until the end of the season. Yes, Bruce was happy for Jones to come in but it did seem interesting that he came in independently. I couldn't see Newcastle paying off Bruce and then throwing money at a new manager to come in [in the short-term].

"I've said all along, as long as Newcastle stay out of the bottom three, Bruce will stay at the helm. But it would not surprise me, even if they did slip into the bottom three, for Ashley to stick with Bruce because he has been loyal.

"The supporters think he's gambling on the short-term future of the club with Bruce and it will be interesting to see what the next couple of weeks brings."

Goalkeeping dilemma - but Wilson injury could be decisive 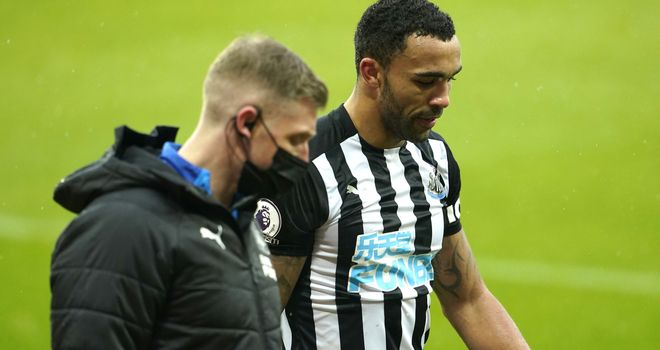 "The goalkeeping situation is a really interesting one. In my mind, Newcastle have two of the best goalkeepers in the league.

"Dubravka probably feels really hard-done-by sitting on the bench because he's been phenomenal the last couple of years but Darlow has been excellent since he came in when Dubravka got injured. He's grown in stature, his physique looks better. Yes, he made a mistake against Manchester United, getting beaten at his near post, but I'd be surprised if Bruce changes it.

"I think some supporters feel Dubravka is the better of the two but they're happy with Darlow. I think there's very little between them and I know Bruce really likes Darlow.

"The big blow for Newcastle has been Callum Wilson; Wilson, Fabian Schar and Javier Manquillo have all been ruled out for three months but Wilson's the big one. He's been the star man. It could be the difference between Newcastle staying up and going down this season.

"They don't really have anyone who could come in and do the same job. Dwight Gayle led the line against Chelsea but was then back on the bench against Manchester United. Joelinton came in and did ok but he's not a No. 9 and he then went off injured. Then you've got Andy Carroll, who has become something of an impact sub.

"Numbers are dwindling in the striking department and it feels like any of the other options aren't anywhere near as good as Wilson considering what he's done this season." "It's going to be tight. They've got Fulham at Craven Cottage on the last day of the season. Would Fulham be allowed to have some supporters in?

"I think they've probably just got enough in terms of the players they have; I think they should be higher in the league than they are with the players they've got. I don't buy this argument that Newcastle are a 17th-placed club. They've got Miguel Almiron, Allan Saint-Maximin, Wilson, Isaac Hayden, Jonjo Shelvey... good players. They should be, in my mind, 12th or 13th.

"The striking issue is a real concern - we'll see when he returns - but the biggest issue at the moment is the form of Fulham. They've got the bit between their teeth and they're growing in confidence.

"Bruce has said 'quietly confident'; I don't think I would use the word 'confident' at all but I think they'll probably do just enough to stay up."