Joe Willock impressed during Newcastle loan spell last season; Newcastle hopeful of deal after Emile Smith Rowe's Arsenal contract extension; Bruce: "You have to ask Arsenal, it's their decision and it's the player's decision, of course we want him" 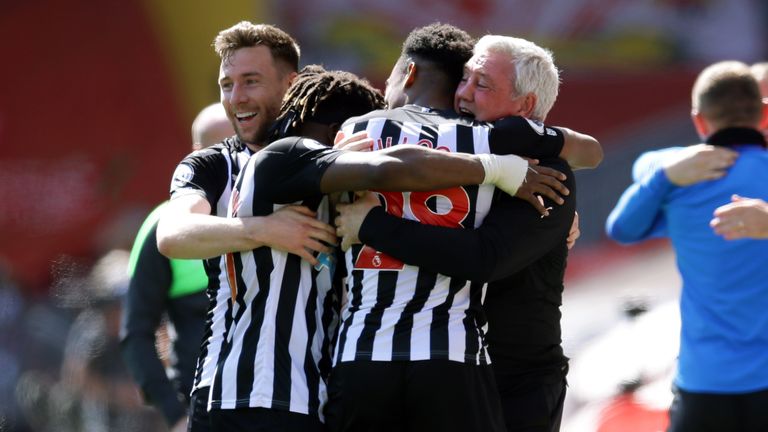 Steve Bruce says he would love to welcome Joe Willock back after his loan spell last season, but his future is up to Arsenal

Newcastle manager Steve Bruce says he still wants to bring Joe Willock back to the club but is waiting on Arsenal and the player himself to decide his future.

Willock scored eight times in 14 Premier League appearances under Bruce and set a new record by becoming the youngest player to score in seven consecutive games. Willock proved to be a popular signing with Magpies fans

Newcastle have approached the Gunners over the availability of Willock, with Bruce admitting the Magpies have to wait for Arsenal and the midfielder's decision.

When asked about the deal following Newcastle's pre-season friendly at Doncaster on Friday, Bruce told Sky Sports News: "You have to ask Arsenal, it's their decision and it's the player's decision.

"Of course we want him back, he did great with us and gives us another dimension in midfield that we haven't got.

"We'll keep bashing away at it."

Wilson not fazed by No. 9 pressure

Around 3,500 Newcastle fans travelled to the Keepmoat Stadium to watch Newcastle's 3-2 friendly win over Doncaster on Friday.

The game was the first time Callum Wilson has played and scored in front of the Newcastle fans despite being at the club for a year.

Wilson also wore the Magpies' iconic No. 9 shirt for the first time after being given the jersey by team-mate Joelinton.

"It's nice to get off the mark in pre-season, get that feeling in front of goal again and get momentum going into the season," he said.

"It's great to have the shirt but I try not to think about it too much because it could affect your game. Ultimately you're playing for the badge on the front and trying to get goals for the team."