In an exclusive interview with Sky Sports, Newcastle full-back Javier Manquillo is confident a first league win of the season is just around the corner; follow Watford vs Newcastle in our dedicated live match blog on Saturday from 1.30pm; kick-off 3pm 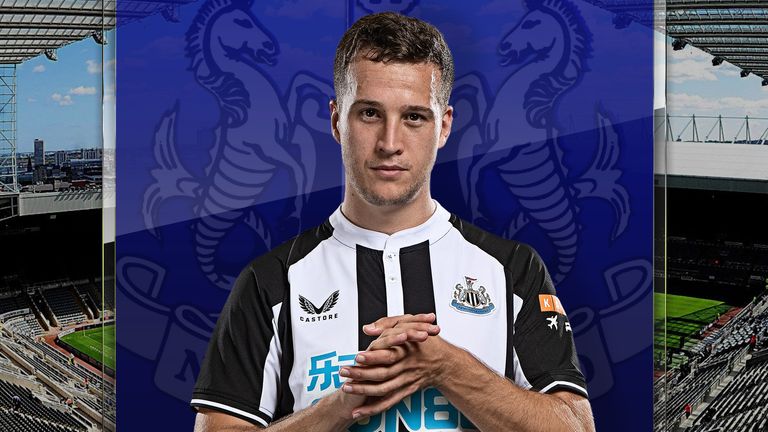 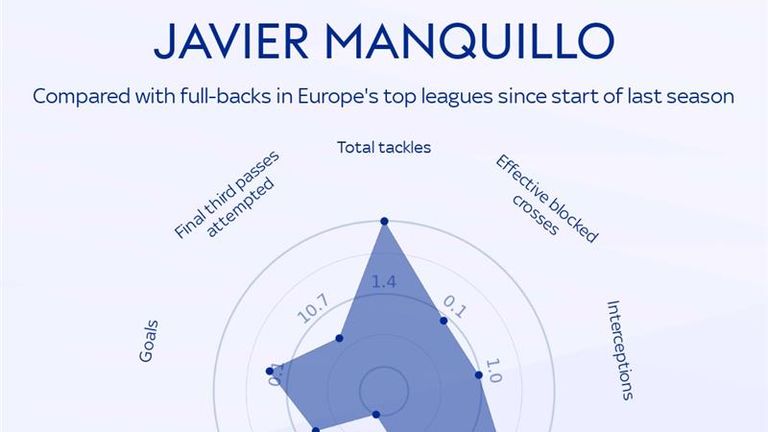 Javier Manquillo has always preferred to see things in black and white.

The 27-year-old defender boasts both Madrid clubs on his CV, while a loan spell at Sunderland didn't dissuade him from joining Newcastle the following summer in 2017.

It was Rafa Benitez who helped convince him to cross the divide, but Manquillo's love for the city means his allegiances are clear. 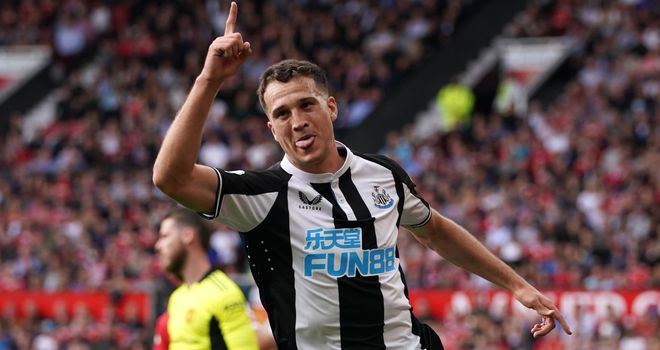 Manquillo wheels away in delight at Old Trafford

"Newcastle are a historic club," the Spaniard exclusively tells Sky Sports. "Everybody knows the club is steeped in history. I'm very proud to be at one of the most legendary clubs in English football."

Manquillo spent lockdown last year back in Spain in his modest-sized Madrid-based apartment, but it provided an opportunity for introspection.

Without a garden or much space in a city with an estimated population of 7 million, it was far from ideal for a professional footballer who was approaching a crossroads in his career.

Manquillo recalls: "Like it was for everyone, it was a very tough period with everywhere shut and what made it even harder was that I spent all of it in a flat.

"I didn't get too downbeat about the situation as I had my son with me so I had some valuable family time you don't generally get. But the first thing I did once the restrictions were over was I made sure I moved house so that I had a garden and more space."

Manquillo bringing bite to Toon cause 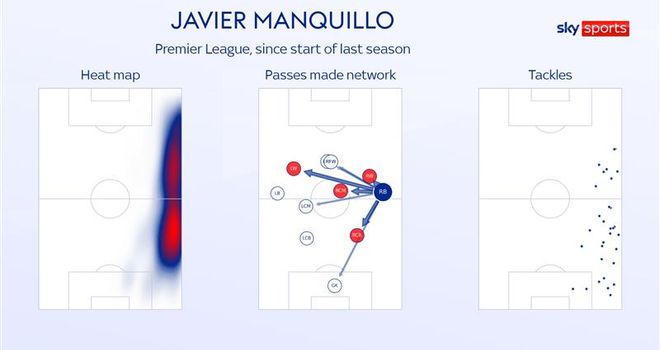 Manquillo has been featuring at right-back

It was during this period in May 2020 that Manquillo was strongly linked with a return to his homeland in a playing capacity, with Real Betis and Sevilla both reportedly offered the player by his representatives.

His previous contract was up that summer, but having become an increasingly important part of Steve Bruce's side during the 2019/20 season, he opted to sign a new four-year deal at St James' Park.

While last season proved stop-start and he made only 15 appearances, Manquillo has responded well in the new campaign - scoring his first Newcastle goal in the 4-1 defeat at Manchester United. 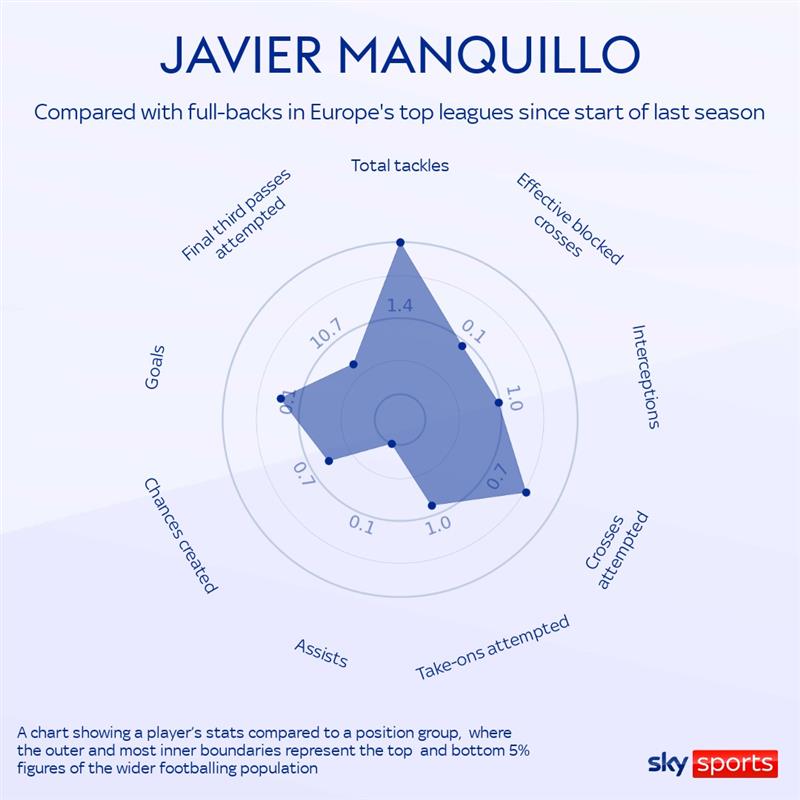 Against Leeds last weekend, he made it back-to-back league starts for the first time in eight months having started just two of the previous 19 Premier League games.

Allan Saint-Maximin was widely praised for his goalscoring contribution, but Manquillo offered another reminder of his qualities in nullifying the threat of Daniel James.

No player made more tackles than his seven during the course of his 80 minutes on the pitch, while only Crystal Palace's left-back Tyrick Mitchell (8) made more tackles during gameweek five up against Liverpool's Mohamed Salah. It continued a growing pattern under Bruce this term whereby his team's tenacity cannot be questioned in spite of their ongoing struggles.

Joe Willock made a season-high nine tackles in the defeat at Old Trafford while Sean Longstaff and Miguel Almiron both made eight in the 2-2 draw with Southampton, ranked joint-second across the 50 matches so far in the competition.

The former Spain Under-21 international, who owns a chihuahua affectionately named 'Manqui' after its owner, believes facing the mercurial Frenchman Saint-Maximin each day in training is bringing extra bite to the side as well as helping his own personal development.

"Allan is a great player," Manquillo continues. "He's an important player for us and the club. He provides us as a group with much more besides his ability on the pitch.

"He's a key figure, brings something a little bit different and can produce something out of nowhere. It's great training against him as however good he is, it brings the best out of you.

"As a sportsman, you thrive off confidence and scoring against Manchester United gave me a boost."

"You want to be learning from playing against the best players, and certainly Allan falls into this category.

"But all players are always just waiting for the opportunity to impress their manager. As a sportsman, you thrive off confidence and scoring against Manchester United gave me a boost.

"Clearly, it was great for me to score my first goal for Newcastle but it was a shame for it to have come in defeat. The goal didn't bring us a point so it came with a bitter taste.

"Through playing more games, I feel my confidence growing."

'We must all stick together'

When Raphinha gave Leeds an early advantage last Friday, there were audible murmurs of discontent inside the ground while Bruce remains in a constant battle to win over the fanbase.

The 60-year-old once again found himself the target of repeated chants for him to go from sizeable sections of the home crowd, coming a day after training ground leaks to a national newspaper.

Newcastle are yet to win in six attempts in all competitions so far this season and have only two points on the board, a return which leaves them in 18th place, but Manquillo believes Bruce is the right man to lead the side out of its current predicament.

"I've always said it's important for us to remain together," adds the versatile full-back. "The players, the coaches and the manager have to stick together. It's the only way you can get out of the tough situation we find ourselves in.

"We have to earn our first three points of the season and the aim is to then progress up the table.

"Watford is the first of two away league games, but I don't see this as necessarily beneficial in terms of being away from St James' Park. Whenever we've played at home, I've always felt the support of the fans.

"I'd always opt to play at home if I was given a choice because you get the extra boost, an extra push and impetus from your own fans. This helps drives us on to what we want to achieve.

"The only way we can alleviate the pressure is by getting a first win of the season."

Follow Watford vs Newcastle in our dedicated live match blog on Saturday from 1.30pm. Highlights will also be published on the Sky Sports digital platforms and the Sky Sports Football YouTube channel at 5.15pm.