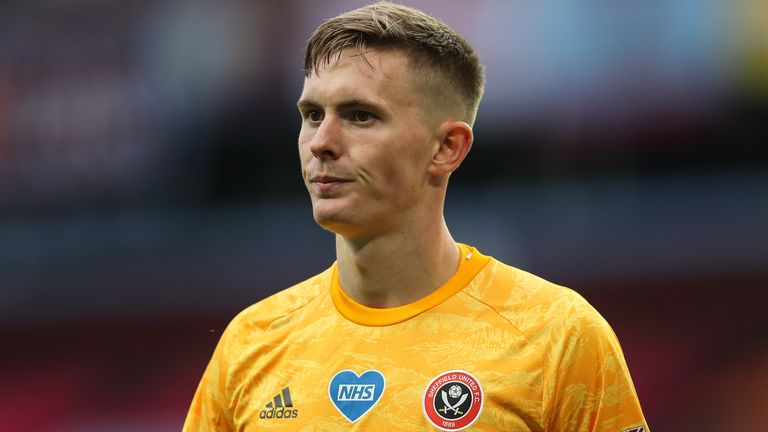 Sheffield United boss Chris Wilder is confident the club is close to extending Dean Henderson's loan deal from Manchester United until the end of the season.

The 23-year-old has been outstanding for the Blades as they have mounted a surprise challenge for European football during their first season back in the Premier League.

His loan is due to expire on June 30 and Wilder has spoken to United boss Ole Gunnar Solskjaer about prolonging his stay at Bramall Lane to cover the extended campaign.

"I believe it's now just administration with the two clubs," said Wilder. "I had a chat with Ole and he was fine with extending his loan until the end of the season.

"Hopefully, that will get signed off before the deadline."

Under the terms of his loan, Henderson is ineligible to play against his parent club when the Blades face United at Old Trafford on Wednesday evening, live on Sky Sports. 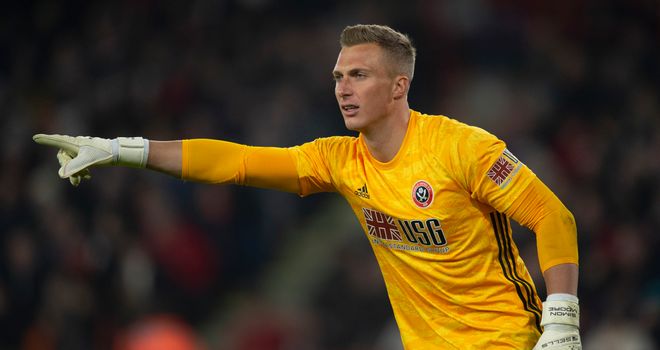 Either Simon Moore or Michael Verrips is set to replace him but Wilder was not willing to give away any clues as to who he has selected.

"I have made a decision about who'll play in goal, I came to that decision when I knew Dean wasn't going to be available, but I'm not willing to share who will play. Why would I share it? What positive do I get out of telling you my team?"

Where will Henderson be next season?

Wilder has previously stated that he would be keen to have Henderson back at Bramall Lane for a third loan spell next season, having also had the goalkeeper during last season's promotion-winning campaign, although he has accepted that the decision is not his.

Solskjaer has said that Henderson has "proved" he will go on to become first-choice goalkeeper for United and for England, putting increased pressure on current United 'keeper David de Gea. David de Gea was at fault for Tottenham's goal on Friday

De Gea came under scrutiny after his side's 1-1 with Tottenham on Friday night as the Spaniard failed to keep out Steven Bergwijn's first-half strike.

The mistake drew some strong criticism from Sky Sports' Roy Keane, with the pundit labelling the goalkeeper as "arrogant" after United's 1-1 draw with Everton in March.

Sky Sports' Gary Neville believes De Gea's drop in form is more serious than just a blip and has urged the goalkeeper to go "back to basics".

De Gea signed a new four-year deal with the option for a further year last September, but Solskjaer is keeping an eye on the progress 23-year-old Henderson continues to make.

"Dean has made some great choices over the years and has developed fantastically," said Solskjaer. "We're looking at that in terms of where he's going to be next season, but as yet that has not been decided."