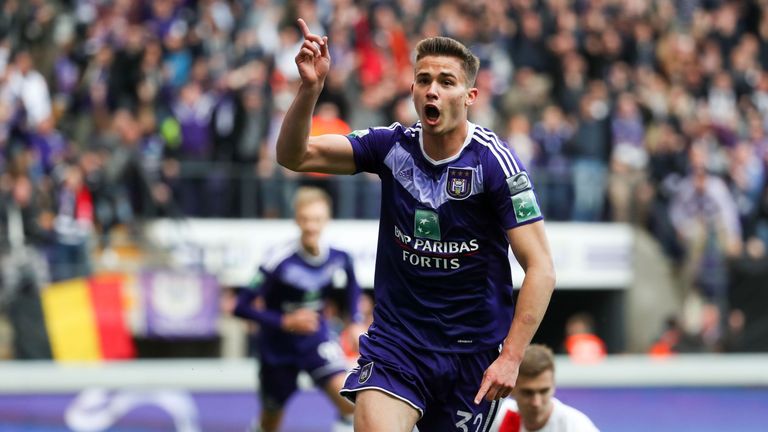 Leander Dendoncker is a Belgium international with four caps

Belgian journalist Kristof Terreur of HLN has reported that Hammers assistant manager Stuart Pearce was in Genk over the weekend to watch the player in action for Anderlecht in a 1-0 win.

The 22-year-old is a Belgium international with four caps following his debut in 2015. He has also made 155 appearances and scored 10 goals for Anderlecht already in his career.

West Ham boss David Moyes has been keen to bolster his squad in certain areas this month. Sky Sports News understands he feels he has inherited an unbalanced squad.

The Hammers have been keen to move on a number of attacking players - they are willing to listen to offers Andy Carroll, Andre Ayew and Diafra Sakho - and want to sign a centre-back and a defensive midfielder.

They have rejected two bids from Rennes for Senegal striker Sakho, the second worth up to £10m. Bordeaux's new manager Gus Poyet is also keen.