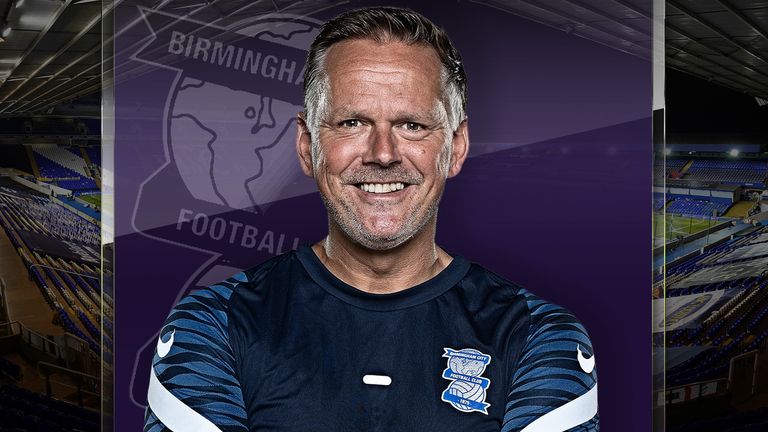 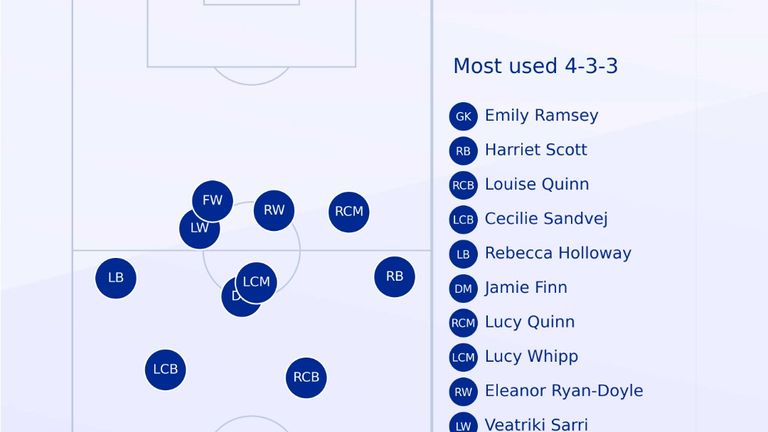 Has it been a baptism of fire for new Birmingham City Women head coach Scott Booth? "You could say that," says the former Scotland international.

In an exclusive interview ahead of their clash with Everton in front of the Sky cameras on Saturday, the new Blues boss, who played alongside Andreas Muller at Borussia Dortmund in the late '90s, reveals insights on the club's past struggles and current project.

"It was always going to be tough from start to finish this season," says Booth. "We've also come from a position where we've had to make a lot of changes, bring a lot of new players in and it's a massive learning curve for everyone. We've learned a lot about ourselves over pre-season and the first two matches and we're looking to improve each week as we go."

Those comments come after two defeats from their opening two games in the Women's Super League: a 1-0 defeat at Tottenham Women and a 5-0 drubbing to Brighton at St Andrew's.

"We're constantly working hard to get to grips with the job, the players, the club and the league," adds Booth. "You know it's all pretty new and I'm honest enough to hold my hand up and say you have to learn as you work. It's never easy in this job. Whether you're winning games every week, you're losing or you're building - the pressure is always there.

"I think we had two signed players when I when joined the club and so it was a blank canvas. You then bring in players and try to form a squad. You try and make them, as quickly as possible, have those relationships they need on the pitch.

"But while you're doing that, you're evaluating what you still need to strengthen and what you feel are the areas that you can still work on, and that's a continual process for a coach. I would like to look towards the next window, but we just can't - we have to do the 'here and now', and that's so important - so we don't lose focus on the job in hand."

The Blues are now winless in 16 Super League games, stretching back into the reign of former head coach Carla Ward, who controversially left the club to take the helm at rivals Aston Villa this summer after helping Birmingham avoid relegation by narrow margins on limited resources. 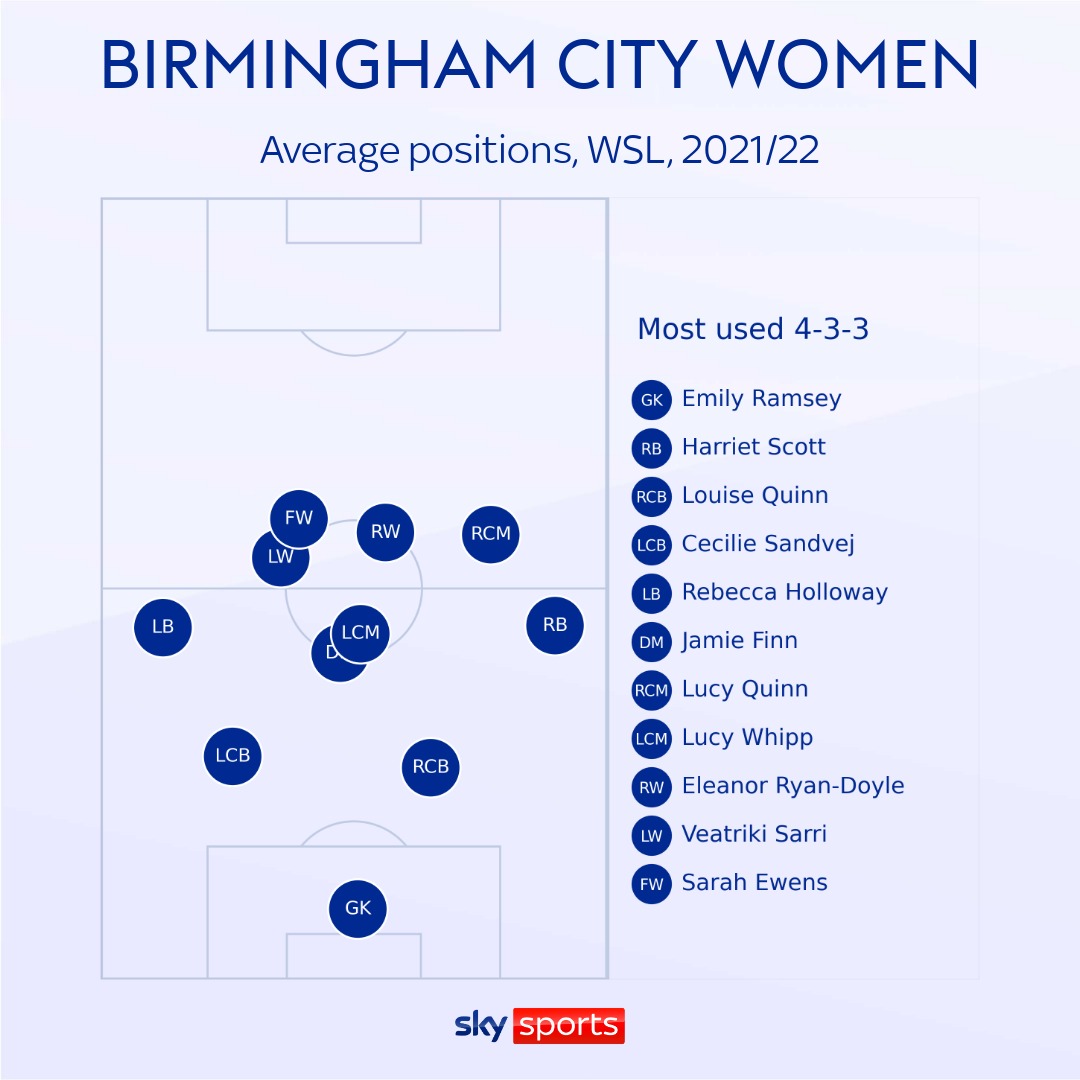 As the graphic below suggests, Birmingham have been forced deep during their opening games and have failed to record in excess of 34 per cent possession - but there are glimpses of promise, including summer-signing Veatriki Sarri, who has contributed to a concentration of attacks down the left flank. 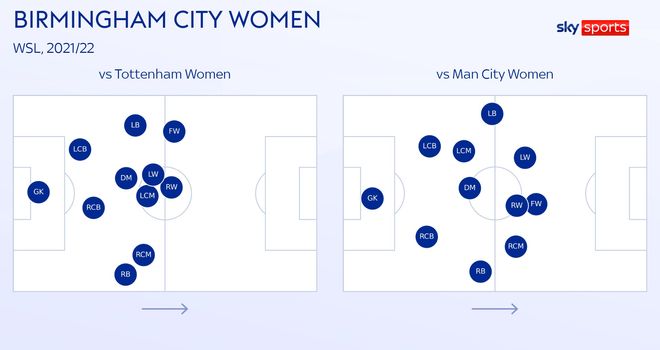 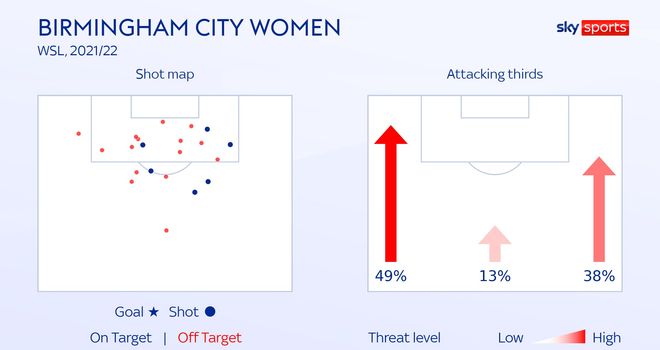 "Vea [Sarri] is a great player, naturally left-footed - but we've also got Bex [Rebecca Holloway] on the left side as well, who's natural at going up and down that whole side - so we have that quality on the left.

"That said, we've also got other qualities on the field that we just haven't seen the best of yet because it's still a learning curve for a lot of those players. The majority of them haven't played in the WSL, and they, in the same way as I am to a certain degree, are learning as they go and trying everything they can.

"They've given everything they can. When they've been on the pitch, they've not really been able to show their quality on the ball yet - but that's what we're working on really hard, to make sure that can come out. The players relish the challenge - that kind of mentality where we're underdogs in the majority of games that we go into."

The club plunged into disarray in April this year when first-team players signed a formal letter of complaint to the board, citing a lack of support for them compared to that given to the men's team, prompting an FA investigation. 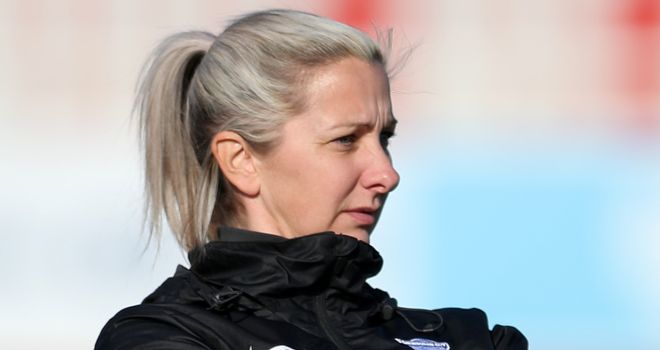 However, Booth is adamant positive changes are being implemented. "A lot of things have been resolved, that's for sure," says Booth. "The club wants to get away from what happened last season. That said, is it perfect? No - but I'm working on a squad and a team that are working hard to do things right.

"That probably goes hand in hand with the club itself: we're trying hard to move forward and get better at all the things that we needed to get better at - in order to give us the best chance possible to be successful.

"So, I think, yes, we're moving forward and a lot of things have been resolved, but we've still got other things to work on."

Ward took over a squad with just eight senior players available in August last year and Booth recognises the lack of depth that plagued the club during the previous campaign.

"It was a bit thin at times last season, looking from the outside. When I got the job, we didn't have that many players signed, so my job was to recruit for the squad - that's not easy in today's environment in women's football.

"To recruit as many players as we have, I think we've done well. Can we add more? I hope so, because we'll need to add more in order to develop [certain areas], because each side that we go up against in the WSL are doing that - they're constantly recruiting, looking for players that can affect the game more. And we definitely have to do that, too."

When asked how Ward's departure to local rivals Villa was received at the club, Booth shakes his head: "I've got no idea because that all happened before I even arrived. I think the situation last season with Carla has been well documented. There's not been much mentioned of that since I've come in, and probably rightly so. 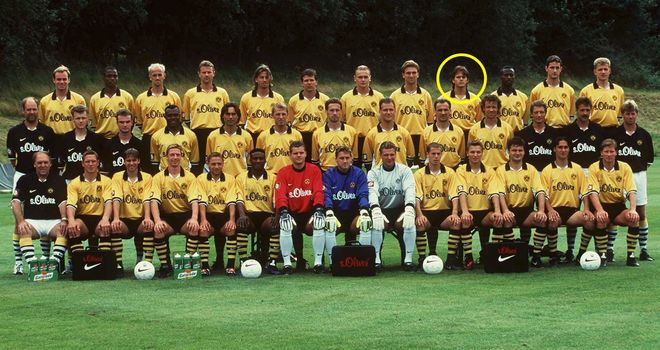 "It's about focusing on what we can do going forward - making sure we do the job now in order to do the right thing by the players, making sure they've got the right environment, making sure they get the platform to go and perform and so that's what I've been focused on since coming in.

"It's been a big job so far. There's been an awful lot to do, so I certainly haven't had enough time to think about Carla," he adds with a friendly smile.

Birmingham announced the women's team will share St Andrew's as their home ground this season, shortly after players submitted their letter of complaint in April - a move which should help address issues raised. 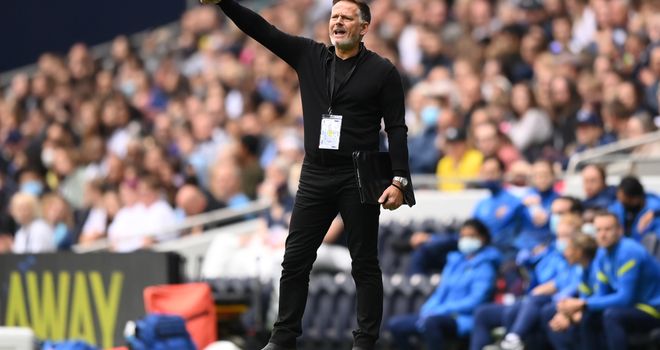 "It's a fantastic environment to play football," adds Booth. "The fact we play our matches at St Andrew's now, we need to enjoy that environment - but we also need to make it a place where it feels like it's ours. And when the opposition come, they know it's ours - but we can only do that by getting results on the pitch and building that confidence."

Booth's side will now look to register their first points of the season and rectify the mistakes made during the hefty defeat against Brighton last week against Everton at Walton Hall Park stadium, live on Sky Sports this Saturday.

"Everton are a really good side with great players. They have been able to develop their team over the past four or five years and bring in real quality - so we know that it's going to be another really tough game.

"I think you have to go into every game with a game plan and try to do whatever you can to gain points. You need to make sure that the players all perform on that day, that the plan is right and that sometimes you also need things to go for you a little bit.

"We'll take any kind of goal, any result. in our position, I think it's unwise to [consider] losses we've had in the past - we can't think like that. We just have to focus on every single game as it comes and we feel we can take points in this game on Saturday."