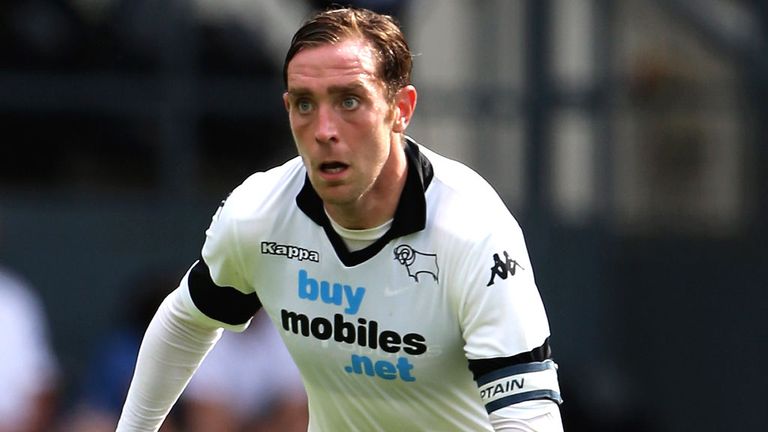 Richard Keogh: Derby County defender is out of contract next summer

The 28-year-old defender has been at the Sky Bet Championship club since July 2012 when he joined from Coventry City.

The Republic of Ireland international's current deal with the Rams runs out next summer, but Rush believes that Keogh will extend his stay at Pride Park.

Rush has stated that talks over a new deal with Keogh will start once he returns from international duty next week.

"Richard is away on international duty and we're going to sit down with him when he gets back," he told the Derby Telegraph.

"He knows how highly we regard him at the club and we're looking forward to sitting down with him, Steve (McClaren), Chris (Evans, head of football operations) and his agent and see how we can make some decent progress on his deal.

"I'm absolutely optimistic. We've secured everyone so far and Richard is the last one but I'm sure he won't be the last one for too long."