"Having ambitions and dreaming is something that all of us have," says Wolves boss; striker set to sit out Europa League visit of Besiktas on Thursday 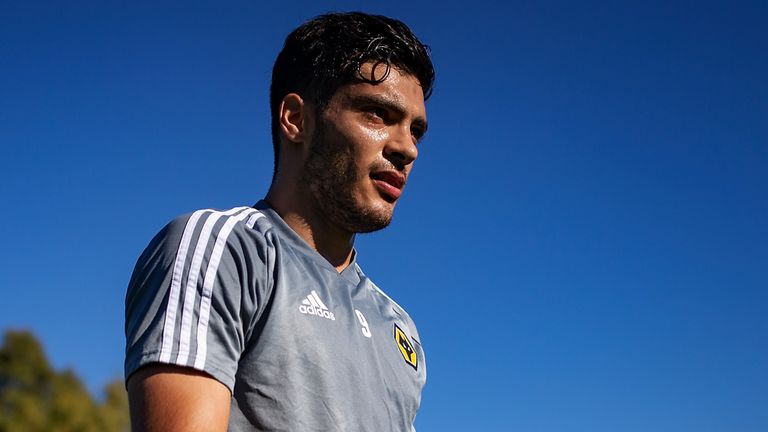 The Mexico international has hinted his long-term future could be away from Molineux but insisted he remains happy at the club.

Record-buy Jimenez has scored 15 goals in all competitions this term to fire Wolves into the last 32 of the Europa League.

They host Besiktas in their final Group K game on Thursday but Nuno refused to criticise his striker for being ambitious.

"What I know is we're delighted with Raul. He has been sensational and fantastic for us," said Nuno. "Being ambitious, having ambitions and dreaming is something that all of us have. 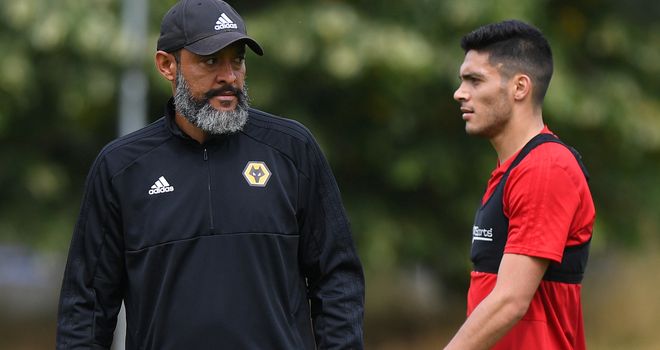 Nuno insists Wolves are 'delighted' with their star striker Jimenez

"Our ambitions are built on the present, on a daily basis. What he is doing is amazing - every day of his life is dedicated to Wolves so we are delighted with it.

"We are delighted with him and our present is very good with Raul."

Jimenez had told Marca in Spain he was enjoying life at Molineux but always wants to improve.

Jimenez said: "The most important thing for me is to keep moving forward. I am happy with Wolves, but I always have to seek something more and keep fighting.

"This has been the best year of my career - but I want more. I'd have to look at the conditions [of a possible move], if they suited myself, Wolves and the other club." 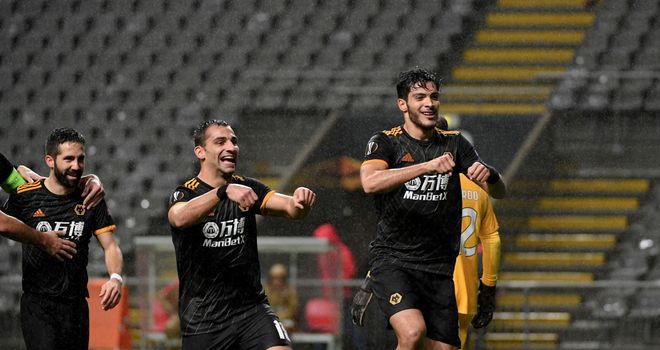 Jimenez celebrates after scoring for Wolves against Braga

The 28-year-old is likely to be rested against Besiktas after Wolves returned from a three-day trip to Marbella on Wednesday.

"A break is always important, we have been doing it for three years and we appreciate it," Nuno added.

"We are together, we train and prepare ourselves for this game and the future. The most useful thing is the time we spent together as a group."

Nuno is without Morgan Gibbs-White, Jordao and Willy Boly but will hand starts to John Ruddy and Ruben Vinagre. 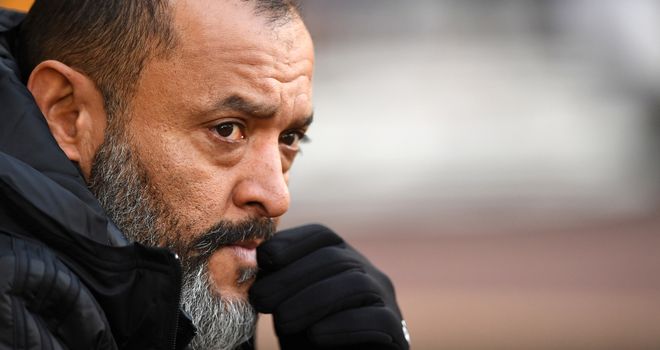 The visitors are resting several players, including Liverpool loanee Loris Karius, after they failed to reach the last 32.

They are bottom of the group but Mohamed Elneny believes it could be a blessing in disguise with the squad going for the title at home.

"It could help us, of course we want to continue but we're more focused on the league," said the on-loan Arsenal midfielder, with Besiktas second in Super Lig.

"If we don't have two games every week, the team will focus more and it'll be good for us.

"We need to win, we have won six in a row and we need to keep this going. In football you need luck but we haven't had luck in this competition."