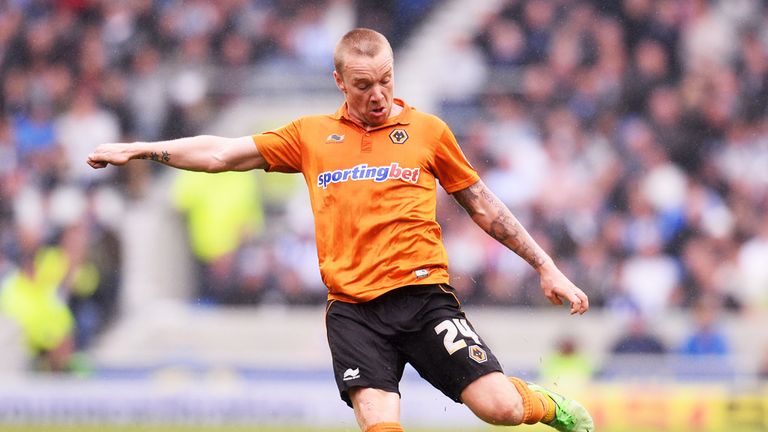 Midfielder Jamie O'Hara has expressed his sadness at leaving Wolves after having his contract terminated by mutual consent.

The 27-year-old arrived at Molineux from Tottenham in January 2011 on an initial loan deal but impressed sufficiently for Wanderers to fork out £3.5m for his services on a five-year contract in the summer of the same year.

Wolves then suffered back-to-back relegations, and O'Hara was deemed surplus to requirements when Kenny Jackett was appointed manager in June 2013.

"Being frozen out of the squad put a lot of strain on me so even with two years left on my contract, I decided to walk away in order to start afresh and rebuild my career."

Jackett led Wolves to promotion in his first season and used O'Hara just twice, and the player and club reached an agreement last month to cancel his deal.

He said: "I just want to go on record to say that as I leave Wolves, I do so with some sadness but also with huge optimism for the future.

"I came to the club with big dreams and a huge desire to do well and for varying reasons, some of which fall firmly and squarely on my shoulders, it didn't work out as I had planned.

"Being frozen out of the squad put a lot of strain on me so even with two years left on my contract, I decided to walk away in order to start afresh and rebuild my career. It is a risk worth taking because all I've ever wanted to do was to be a successful footballer. 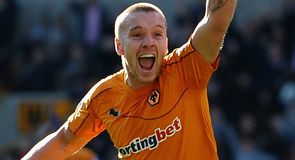 O'Hara: Celebrating a goal against Swansea in October 2011

"I've had a tough 18 months but I know what I'm capable of as a player and feel that I have loads to offer. I'm still only 27 and my belief in my ability has never wavered.

"I could have sat at Wolves and been paid a lot of money but I needed to move on so I could prove to other clubs that I'm not motivated by money. I have a new agency and a close-knit team of people around me who have given me the support I've needed to realign my mindset and to focus on what's important.

"It is with regret that I move on and I will work harder than ever to rebuild my career. I also want to stress that football has, and never will be about money.

"I would also like to say thank you to some of the staff at Wolves who supported me through what has been the toughest time in my career.

"Wolves is a massive club and will always remain a club I admire. I sincerely wish them every success in their pursuit of Premier League football once again."