Wales international Connor Roberts has sealed his move from Swansea to Burnley, signing a four-year deal at Turf Moor; the 25-year-old joins for fee in region of £2.5m and is the Clarets' fifth signing of the summer; Roberts will wear number 14 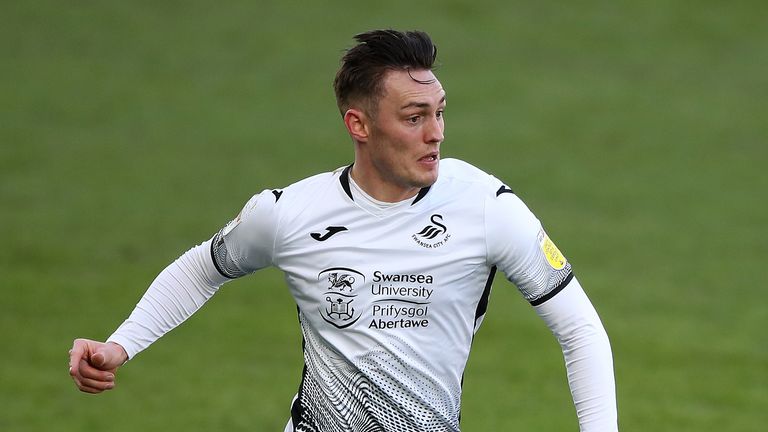 Burnley have completed the signing of Connor Roberts from Swansea on a four-year deal.

The 25-year-old right-back moves for a fee in the region of £2.5m and becomes Burnley's fifth summer signing after the arrivals of Nathan Collins, Wayne Hennessey, Aaron Lennon and Maxwel Cornet.

Roberts, who has won 30 caps for Wales, strengthens Sean Dyche's defensive options and will wear the number 14 shirt at Turf Moor.

Speaking to the club's official website, Burnley chairman Alan Pace said: "On behalf of everyone at Burnley Football Club, we are delighted to welcome Connor to Turf Moor.

"It's great to add another player with strong international experience to our squad and provide an opportunity for Connor to play Premier League football again having provided outstanding service to Swansea and impressed on the international stage with Wales.

"We look forward to seeing him in action soon."

After coming through the youth system at Swansea, Roberts went on to make 152 appearances in all competitions for the club.

He makes the step up to the top-flight having been an ever-present in the Swansea side that made the play-off final under Steve Cooper last season.