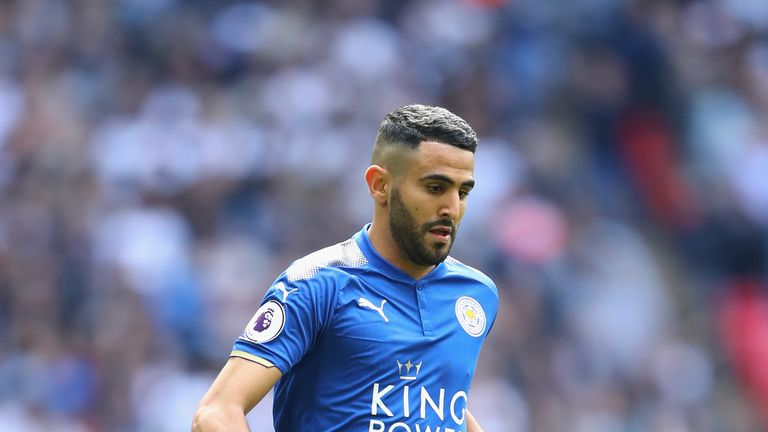 Riyad Mahrez looks set to complete his long-awaited move to Manchester City later this week, according to Sky sources.

No deal has been agreed as yet, but we understand Leicester will receive around £60m - some way short of their £80m January asking price.

Sky sources understand that if everything can be sorted in time he will have a medical in Manchester towards the end of this week.

City made a number of bids for Mahrez in the last transfer window but Leicester refused to sell, despite the player handing in an official transfer request for the second time.

The Premier League champions have remained keen on the Algeria international, who scored 13 goals in 41 appearances for the Foxes last season.

The majority of Leicester's squad reported back for pre-season training on Monday, but Mahrez and Algeria team-mate Islam Slimani are not due back until next week having played in an international friendly on June 7.