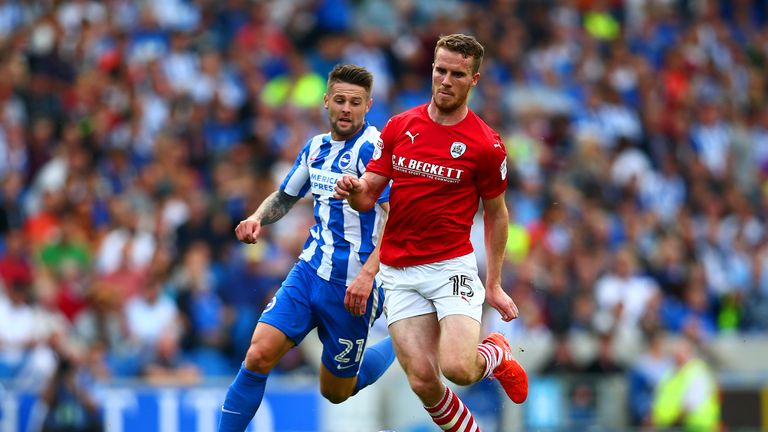 Marley Watkins is a reported target for Ipswich and Bristol City

Watkins has scored six goals in 26 appearances for the Sky Bet Championship club this season and has attracted interest from a number of rivals in the division.

The 26-year-old has been linked with Ipswich Town and Bristol City and interest in him could step up before the transfer window closes, with his contract scheduled to expire this summer.

Watkins joined Barnsley in June 2015 after two seasons in Scotland with Inverness Caledonian Thistle - he came through the ranks at Cheltenham before spells with Bath City and Hereford United.

Barnsley have already lost defender James Bree to Aston Villa and talks are ongoing with Villa over their move for midfielder Conor Hourihane. Summer signing Angus MacDonald is reported to be a target for Norwich City after a series of impressive displays at the heart of the Tykes' defence.

But boss Paul Heckingbottom added a midfield option on Wednesday when Leicester City's Matty James joined the club on loan for the rest of the season.