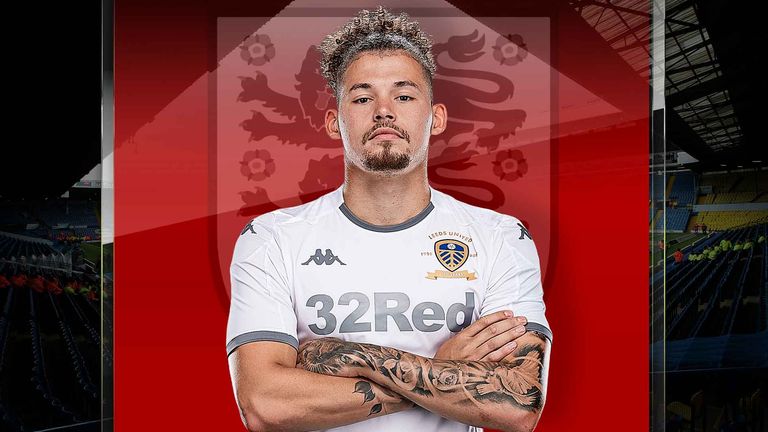 Kalvin Phillips is yet to play a Premier League game for Leeds, but those that know him best tell Sky Sports that will not be a concern, as the homegrown Elland Road favourite takes to the international stage.

Phillips was a surprise inclusion in the England squad for the upcoming Nations League games, and the shock was shared in equal measure by the 24-year-old after manager Gareth Southgate rang him on his way into Leeds training last Tuesday to break the news.

Nicknamed the 'Yorkshire Pirlo' by Leeds supporters for his passing range and creativity, Phillips was instrumental in Marcelo Bielsa's charge towards the Championship title last season, helping end their 16 years away from the Premier League.

From scoring in the 100th anniversary week of Leeds United in a key 1-0 home victory over Birmingham, to ranking second for Championship midfielders in successful long balls (163) and accumulating an overall pass completion rate of 82 per cent, Phillips excelled during 2019/20.

Halfway through last season, Phillips had made more tackles than any other second-tier player, and his tenacious ball-winning displays and overall performances reportedly made him a target for several clubs in the Premier League.

Phillips told Sky Sports last year Bielsa had transformed his midfield role into a deeper-lying one, and he bases his game on the combative Leeds legend Billy Bremner.

But the evolution from an energetic box-to-box central midfielder prior to Bielsa's arrival at Elland Road, to a holding position that has seen him become a lynchpin in this Leeds side, has not happened overnight.

His technical ability was evident from an early age even prior to his debut under previous boss Neil Redfearn in 2015, according to his former academy coach Jason Blunt. 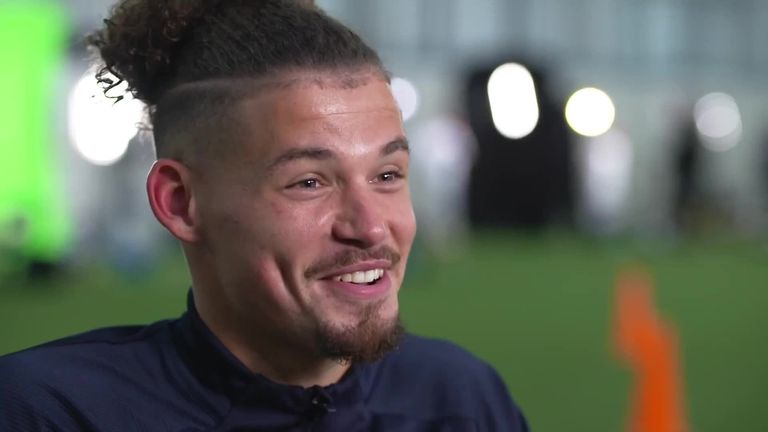 Phillips was scouted while playing for local side Wortley Juniors aged 14, and joined Leeds' youth ranks in 2010.

Blunt worked closely with Phillips on his development as a local prospect progressing through the academy at Thorp Arch, before he made his first-team debut against Wolves in April 2015.

Blunt is convinced Phillips' physical and athletic development under Bielsa has helped him earn an England call-up.

He recalled: "I remember first seeing him when I joined the academy and Kalvin was about 14 years old at the time, his demeanour, he was physically strong what stood out most was his range of passing and how technically good he was.

"Everybody expected big things from him. His attitude was good, he had an arrogance about him and there was always something special about him which made him stand out from the rest.

"I think what I have noticed and probably what other people watching Leeds have noticed is that physically and athletically he has turned into a different machine. 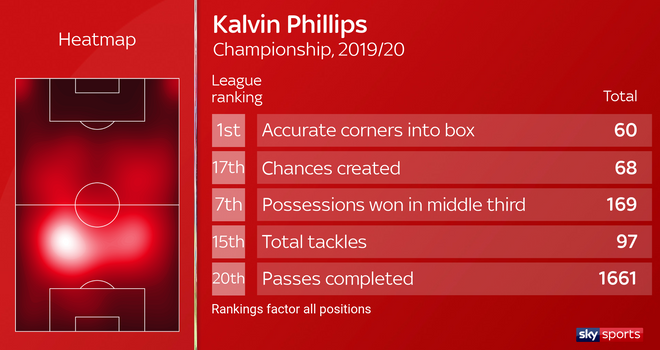 "He was given his debut under Neil Redfearn in 2015, credit to people like him and Richard Naylor for giving him those initial opportunities at Leeds. He could play, technically he was good, but his aerobic capacity now and the sprint distances they expect under Bielsa, that's what has made his performances so much better and consistent."

'Before Bielsa, coaches didn't know quite what to do with Phillips'

After Leeds squandered their chance to reach the promised land in May 2019, Phillips was close to leaving the club, recently revealing there was interest from Dean Smith's Aston Villa, who defeated Derby in the play-off final at Wembley.

"Everybody expected big things from him [Kalvin]. His attitude was good, he had an arrogance about him and there was always something special about him which made him stand out from the rest. I think what I have noticed and probably what other people watching Leeds have noticed is that physically and athletically he has turned into a different machine."

"I was basically on the verge of leaving. I was on the verge of saying I wanted to leave, but at the same time I didn't want to say it," he said in an interview with The Athletic earlier this year.

Ultimately, making the tough decision to remain at Leeds, and being convinced by director of football Victor Orta to do so, paid off.

Phillips committed his long-term future to the club, signing a five-year deal in September 2019, repaying faith and trust Bielsa had shown in him by helping reinvent his role in the first-team.

The stability the Argentinian has brought to the club, after Leeds had previously gone through six managers in just over three seasons, has certainly had a positive effect upon Phillips. 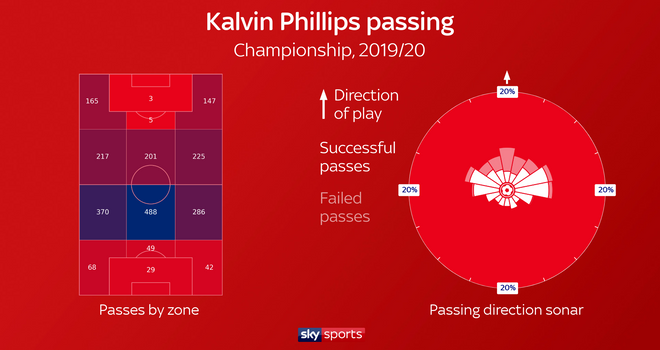 Thomas Bradley, creator of the blog I'd Radabe Leeds, remarks: "Before the introduction of Marcelo Bielsa to the football club, I think coaches didn't quite know what to do with him [Phillips] and get the best out of him, you could see he had a lot of potential but he wasn't quite reaching it when he was a fairly young lad.

"Now at 24 he has matured into a fantastic footballer. Under Bielsa he is only going to go in one direction.

"With an England call-up behind him his confidence must be sky-high and hopefully you can see that on the pitch for Leeds as well as England. I do think the sky is the limit for the lad.

"He has really earned this from his performances in the Championship and we know sometimes that can be a rare commodity that a player from the second division achieves what he has done. 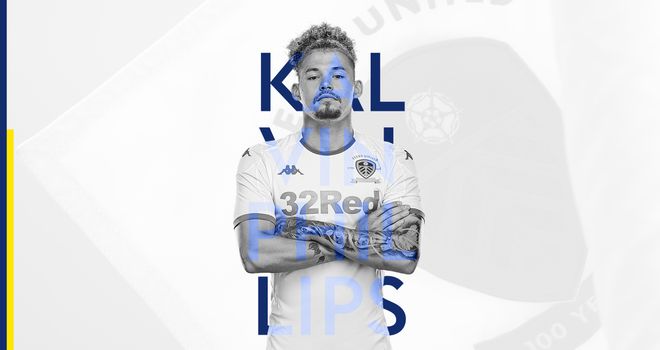 "It's testament to his character, his all-round ability and his performances that he has managed to make quite a young team but it is a fantastic achievement and I share the sentiment with every Leeds fan that we are all over the moon for him."

Phillips has over 150 Championship appearances to his name, and many have tipped the midfielder to continue his consistent displays in the top flight at the start of next season, and on England duty.

Blunt added: "I'm not surprised at the call-up, over the last two years he has been outstanding and it helps of course being a Premier League player but his exploits in the Championship have warranted a place in the England side 100 per cent.

"If Kalvin can maintain those performances against Premier League teams why should he not be able to do that on a European stage."

"Kalvin will give the likes of (Jordan) Henderson and (Declan) Rice competition, you never know I think it if he starts well, he is competing with some top, top players but I think he can push them further and will make him even more mature."

His call-up was the first for any current Leeds player since Alan Smith in 2004, who came on as a substitute against Sweden in a 1-0 friendly defeat.

Blunt's pride is apparent, with him having overseen Phillips' rise from Leeds-born starlet to first-team regular, and now into the national team.

The former Whites coach firmly believes the player he nurtured will thrive at international level, and will signal future call-ups for more Leeds academy products.

"I'm delighted first and foremost for himself and his family, but also for the Leeds academy and all the people involved with it," he added. "I think everyone who comes into Leeds United academy looks upto the likes of Milner, Delph, Woodgate. Although it is a privilege to play for Leeds United I think players who are there have high hopes of playing internationally as well.

"Every player that comes into the academy at Leeds United, as you go in there is a wall of international players that have come through throughout the years who have played in the U18s right the way through to the first team.

"Everyone in the academy aspires Even through the tough times, they were still inspired, but now it will give them more edge, especially as Leeds United has gone to a category 1 academy so they will be playing against the best.

"That was something that was holding them back over the years because the competition wasn't as tough as it is going to be now."

Leeds has a long and proud tradition of developing homegrown international talent from their academy and the production line appears to be maintaining those standards, as this selection and recent ones at international level have demonstrated. As well as those aforementioned former players, Phillips' fellow midfielder Jamie Shackleton has made three England U20 appearances, York-born Jack Clarke signed for Tottenham for £8.5m after an impressive breakthrough campaign at Leeds in 2018/19, and has also broken into the U20 setup.

Burnley goalkeeper Bailey Peacock-Farrell, who previously made 41 appearances for Leeds has nine Northern Ireland appearances to his name, while former midfielders Tom Cairney and Lewis Cook have both received international call-ups since departing Elland Road.

A surprising or a warranted England call-up?

Former Leeds defender Danny Mills believes Phillips has the credentials to succeed on the international stage.

Mills recently told Sky Sports News there is no reason why he cannot make Southgate's squad for the European Championships in 2021.

Danny Higginbotham also believes he can help solve the England boss' conundrum about the holding midfield role, despite competition with Declan Rice and Jordan Henderson.

As Phillips' team-mate and captain Liam Cooper tweeted following the announcement: "What a guy! No one deserves it more."

The midfielder is Leeds through and through, his breakthrough into the England set-up is testament to hard work from the club's academy and to his commitment and loyalty to his hometown side.

How to watch on Sky Sports

You can watch Iceland v England on Sky Sports Main Event and Football on Sunday, and Denmark v England on the same channels on Wednesday.

For a full rundown of Nations League fixtures and where to watch them on Sky Sports head to our fixture page.

If you are out and about, you can follow all of those Home Nations games on the Sky Sports website and app, where we will have minute-by-minute updates and show you the goals as they go in.