Brentford have announced the signing of Frank Onyeka from sister club FC Midtjylland after the Nigeria midfielder received a work permit. The 23-year-old has signed a five-year deal and is in quarantine after arriving in the UK 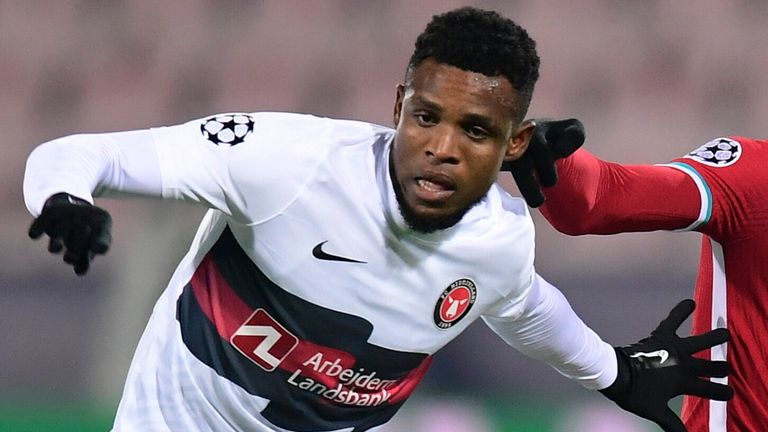 Frank Onyeka has completed his move to Brentford after receiving a work permit.

The Nigeria midfielder has been announced as the Bees' first signing as a Premier League club on a five-year deal after arriving in the UK on Sunday.

Onyeka is quarantining in line with Covid-19 travel restrictions before joining up with his new team-mates for pre-season preparations.

He remained in Denmark during the work-permit process, where he completed a medical and continued to train with his now former club.

A deal between the clubs was a formality to conclude because they are both owned by Matthew Benham.

Brentford have made strengthening at right-back, right centre-back, midfield and on the wings their priority this summer as they prepare for their first season in the top flight.