Dundee United are doing things differently at Tannadice with an emphasis on youth development and embracing new coaching ideas. In an exclusive interview with Sky Sports, sporting director Tony Asghar explains their search for an edge… Legacy by James Kerr is a book that goes behind the scenes with the New Zealand rugby union team, seeking to discover the secrets of the All Blacks' success. Dundee United have distributed a copy to every player in the hope that they will pick up something.

"I have had a lot of feedback, the boys have been talking about it," sporting director Tony Asghar tells Sky Sports. "In the old days, I don't think many clubs would have given their players a book to read. Now, there is a different way of thinking. Players want to learn."

It is just one example of Dundee United's determination to do things differently.

This is a club that made headlines last year by hiring a 17-year-old analyst working from Bangalore. There is a head of football research, Dr Dan Parnell, while Tam Courts is the new head coach having been promoted from his role as head of tactical performance.

It is two-and-a-half years since Asghar was appointed by the club's new US owners, overseeing a promotion and a culture change. Long-term growth is the ambition for this proud club. The methods might be unfamiliar to some but few dispute the need for change.

"It was a club in distress financially and a league below where it should have been. The fans were all in a state of disarray - I would use the word angry - about what was happening as other teams were seen to be progressing more. We needed a vision for the long term. 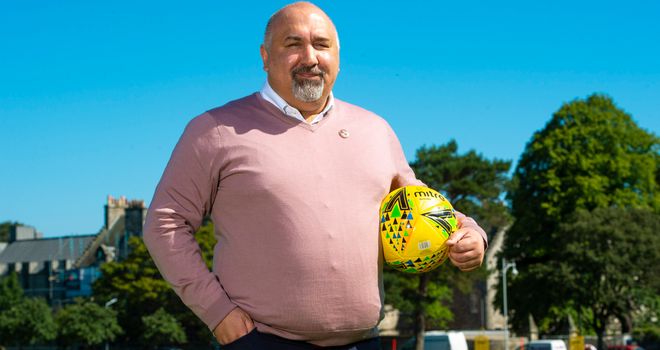 Even in difficult circumstances last season, there were five new debutants from the academy run by Andy Goldie. Now, with the departure of Micky Mellon and the surprise selection of Courts as his replacement, that emphasis on youth is expected to increase.

"I think a lot of people have put the spotlight on what they call a brave decision. I don't see it like that. I see it as a sensible decision by myself and the board to bring Tam in. We have some really talented young players. Tam understands the long-term vision and strategy.

"We brought in a more experienced manager to steady the ship and that worked out well for us. He did steady that ship. But part of our long-term strategy is about making sure we are fresh, have a new way of thinking, and have succession planning in place."

Courts has made a big impression already. There have been one-on-one meetings with the squad, highlighting high-profile players who they can aspire to be like and outlining plans for how they can improve to become the best that they can be. Players have embraced it.

The change of coaching style reflects an awareness that key assets such as Lawrence Shankland are likely to benefit from a new approach - and that young players need to be at the heart of everything that Dundee United do. This is where they can find their edge. 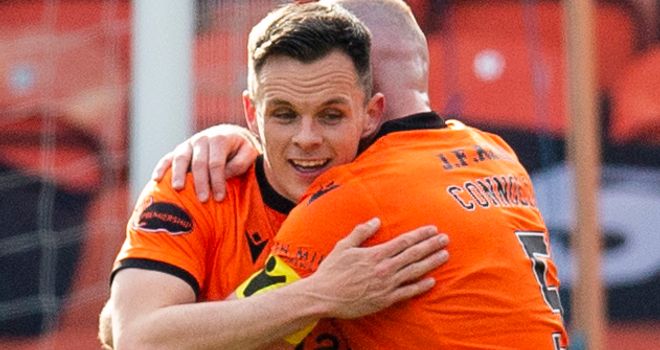 "We have made no secret that we are a selling club and we have a plan. But as we continue to grow and we have succession plans that will become easier. If we sell a player there will be another who can come in. That is the exciting thing for fans to know.

"We are producing more players not just one or two."

Players such as 16-year-old Kerr Smith highlight that production line. The defender broke through last season and there is optimism that he can kick on. "The players are good enough," says Asghar. "The question is how we can continue to develop them."

That is where Parnell, the head of football research, comes in. The learning culture at Dundee United extends beyond the playing staff. Who coaches the coaches? The belief is that by improving the quality of their work on the training ground, players will develop.

"If we have recruited a player and a year later he is not in the team, my attitude is what have we done wrong not what has the player done wrong," Asghar explains.

"The traditional methodology of managers is that if the player is not good enough we replace them at the end of the season. Give players one-year contracts and hope to rebuild every year. That is not what we are trying to do here. We like continuity and sustainability.

"That has to be our competitive advantage because we do not have the resources to buy ready-made players. We have to bring in players who we can enhance through coaching, sports science and analysis. We can improve them and create a more valuable asset.

"Trying to sign players who other clubs do not know about is difficult. We need to sign players on character and technical qualities but we also need to get another 10 per cent out of them. That is what is really our ethos and how we are going to approach it."

It is a deviation from the 'keep the money on the field' thinking. By spending elsewhere, Asghar says they can make greater gains. "We try to get people on courses so they are going through a learning journey and bringing fresh ideas into the building," he adds.

"A lot of people, including myself maybe 10 years ago, think of it as a waste of money. Now I see the benefits of it. We always have to strive to make our players better and that means that we have to make sure we are developing all of our staff during their time here." 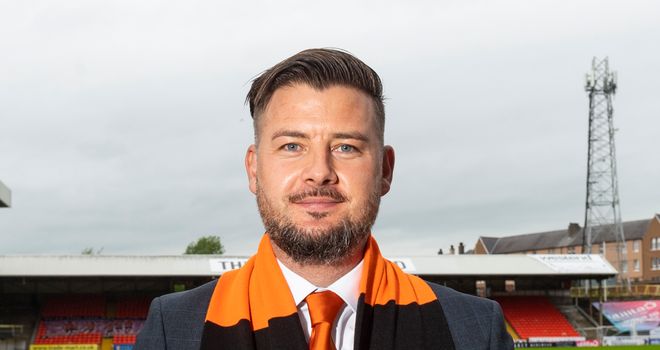 After finishing ninth last season, there is real belief that Dundee United can improve. But even if the results do not come quickly, the commitment to this long-term strategy is there.

"The sporting director is there to support the manager. We give players two and three-year contracts and it should be the same with managers. We need to support them because we have all agreed the vision and the strategy and we have all bought into it.

"Last year was probably the most difficult time in my career in or out of football. But we got through it so I am excited about this season. I love the club and it is still a club that can get better." Starting with the game against Aberdeen at Pittodrie on Sunday.

"There is still a lot of work to be done," he adds.

But perhaps Dundee United are building a legacy of their own.