The Spain international has long been linked with a move to Manchester United.

But in a cryptic Twitter post, the 25-year-old - who has played 37 games for Atletico this season, scoring four goals - said to his followers they would have to wait for his announcement.

On Sunday, he wrote: "New club. I'll announce it in three days…"

If the news is transfer related, it would not be the first time Atletico fans have had to deal with players creating a spectacle around their departure from the club.

Two years ago, Antoine Griezmann released a half-hour long documentary, aired on Spanish TV, in which he deliberated whether he should stay at the club or leave.

Two different endings to the documentary, which showcased the France international deliberating at his French mansion with family, were recorded - one saying he would stay, the other that he would go.

He opted to remain, only to leave for Barcelona a year later.

Saul: Where does he excel? 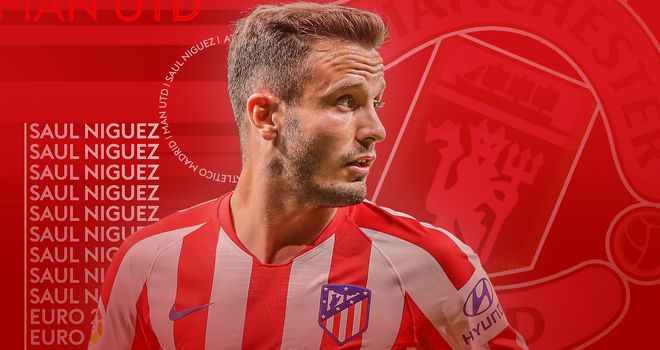 Manchester United continue to be linked with a move for Atletico Madrid midfielder Saul Niguez - but in which areas does he excel?

Reports in the British media claim United will attempt to lure the player - who has a £135m buyout clause - by offering him a wage increase to £200,000 a week.

Paul Pogba's future remains uncertain and Ole Gunnar Solskjaer's scouts have reportedly been tracking the Spain international as a potential replacement this summer.