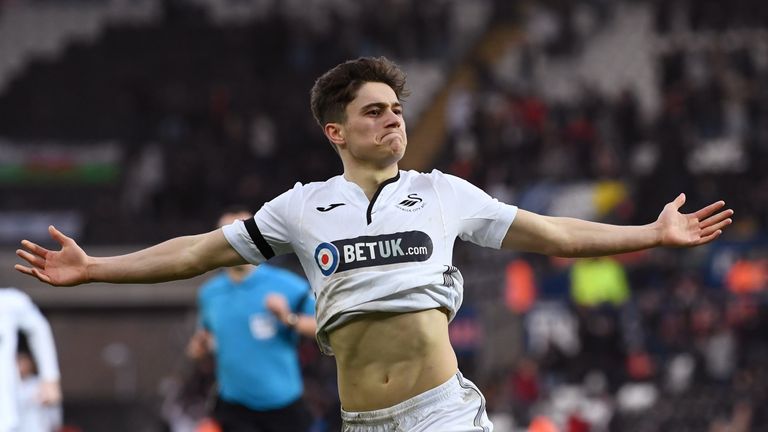 Ryan Giggs has described Dan James' performances for Swansea this season as “devastating”, saying the Manchester United target can play “at any level”.

The 20-year-old has already agreed terms with Ole Gunnar Solskjaer's side and is expected to move to Old Trafford for £15m this summer.

His manager at international level, Giggs, said he would be happy wherever James ends up, just as long as he is playing regularly.

"Ideally, as an international manager, you don't want to influence players' decisions when it comes to clubs," Giggs told Sky Sports News. "For me it's about players playing.

"He was fantastic in the last six months for Swansea, putting in devastating performances and I think he can play at any level.

"He could play in the Premier League, but if he stays at Swansea for another year or two years I'd be equally as happy because he's done so well there.

"That's a decision for Dan to make and I'm sure he'll make the right decision."

James announced himself on the international stage in style back in March, scoring a thumping winner against Slovakia in just his second appearance. 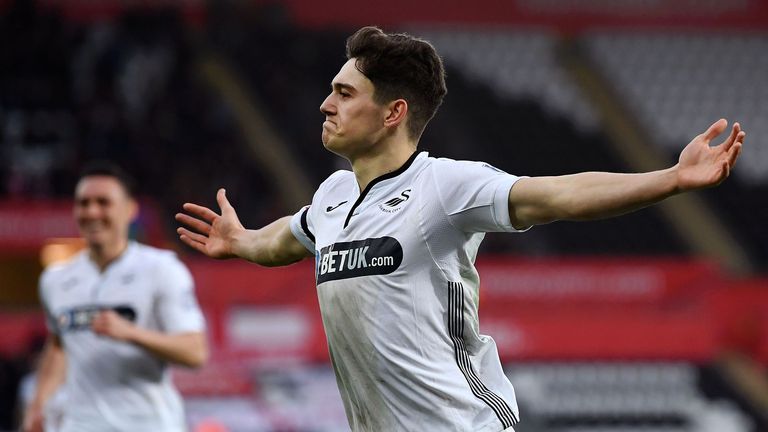 He is among a number of talented young players to have impressed for their clubs this season, including Bournemouth's David Brooks and Derby County's Harry Wilson, suggesting a bright future for Welsh football.

Another youngster to make the Wales squad for the European Qualifiers against Croatia and Hungry in June is 18-year-old Manchester United midfielder Dylan Levitt and Giggs said age was not important in the way he picks his team.

"We have a great crop of young players coming through," said Giggs. "For us, as a relatively small country, it's about having competition for places.

"It doesn't matter how old you are, as long as you're good enough you're going to get a chance in my squad. 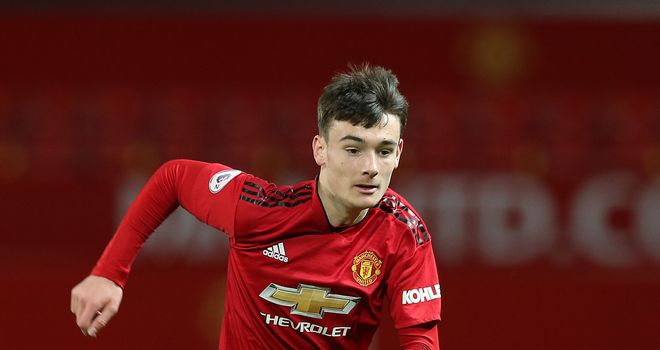 "Dylan I know because he's been at United, I've spoken to Nicky Butt about him, the academy director.

"He's at a club that shares the same philosophy as me in giving young players a chance.

"I've watched him play and he's a talent. He's impressed in the last week in training and he's an exciting player."

James pulled out of Wales' training camp in Portugal last week after the sudden death of his father at the age of 60.

But Giggs explained that the winger wanted to be involved with Wales' upcoming games.

"What happened is terrible," said Giggs. "He called me and said he wanted to be involved in the games, to be considered for a place in the squad. He wants to play.

"I left it down to Dan, the decision is his. Everyone is different in how they react to such bad news, but he wants to play, he wants to be involved."

Wales' qualifying campaign resumes on Saturday June 8 away to World Cup runners-up Croatia in Osijek, before the squad travel to Budapest to play Hungary on June 11, with both games live on Sky Sports Football.

And despite Giggs' assurances that James wants to feature, there is still uncertainty over whether the Swansea man will be able to play in either or both games.

"He didn't know what date the funeral is and we'll have to see," said Giggs. "Once we know when it is, we'll touch base and see.

"But I've said to him, if you have to go back or meet up a little bit later, then we'll just play it by ear. He's going to call me."