All the top stories and transfer rumours from the back pages of Monday's national newspapers...

Manchester United are leading the race to sign £50m Kai Havertz from Bayer Leverkusen as Ole Gunnar Solskjaer plots a double transfer swoop along with securing the services of Borussia Dortmund's Jadon Sancho.

Premier League clubs will discuss proposals for the introduction of official water breaks this week.

Arsenal initially wanted Manchester United's Anthony Martial in return for Alexis Sanchez but had to settle for Henrik Mkhitaryan instead, it has been revealed.

Bayern Munich have again risked the wrath of Manchester City by reigniting their public pursuit of Leroy Sane.

Any player who tests positive for coronavirus later this week faces missing the Premier League's big restart, with the minimum period being two weeks for returning to group training.

Brighton are making an ambitious bid to trademark the word 'Albion' in a move designed to protect supporters against fake merchandise.

West Ham are holding training sessions at the London Stadium as manager David Moyes gets his players used to playing in front of no supporters.

Premier League clubs will be asked to approve the broadcast of crowd noise from the FIFA 20 video game at their next meeting on Thursday.

Referees and assistants are being given refresher courses on Zoom by the PGMOL amid concern of rustiness once the Premier League season restarts on June 17.

A number of Premier League clubs face a race against time to ensure their stadiums comply with new biosecure regulations being considered by top-flight officials.

Lille have already received multiple offers for striker Victor Osimhen this summer but it will take a fee close to the £72m Arsenal paid for Nicolas Pepe last summer to land him, insists owner Gerard Lopez. 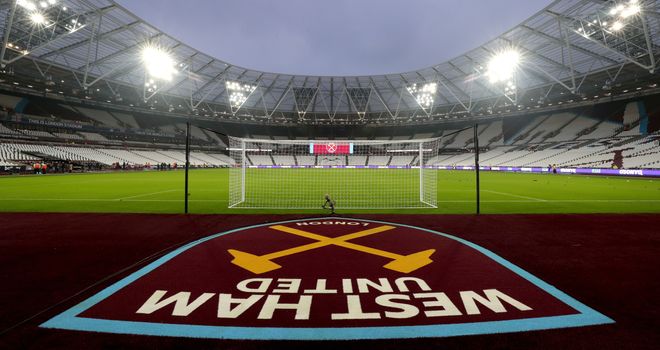 West Ham are holding training sessions at the London Stadium as manager David Moyes gets his players used to playing in front of no supporters. (Daily Mail)

Sport in Britain is to receive a significant boost from the government with quarantine rules set to be relaxed for football clubs involved in European competitions, and Formula One teams.

Premier League clubs are planning to stage practice matches at their own empty stadiums to prepare their players for games behind closed doors.

Newcastle are believed to be in talks over signing midfielder Arnaud Lusamba, with the player out of contract with Ligue 1 side Nice at the end of the month.

Manchester City, Chelsea, Manchester United, Wolves and Rangers could yet play home European games this season as a result of the government's relaxing of quarantine rules for elite sport.

Real Madrid reportedly tried to enlist Sergio Ramos to help sign Harvey Elliott last summer, but the Liverpool fan did not want to meet the man who injured Mohamed Salah.

Lazio could try to tempt Aaron Hickey to Serie A - after watching him before lockdown.

Oliver Bozanic and Steven MacLean will lead a 15-player exodus at Hearts.

Kelty Hearts and Brora Rangers might still realise their SPFL dream - even if reconstruction does not help them get there.

James Anderson is renowned as an investor with the Midas touch and now he wants to gold plate the future for cash strapped Scottish football.

Dundee United sporting director Tony Ashgar admits they will "have to look at" any bids for Lawrence Shankland this summer.