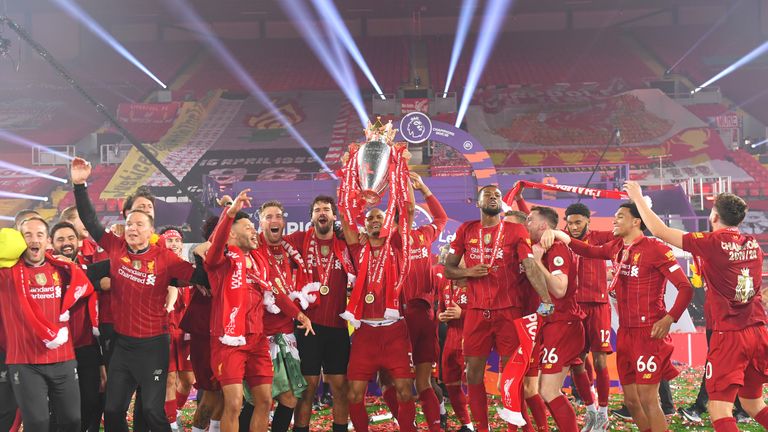 It has been less than seven weeks since their championship-winning campaign, but now Jurgen Klopp's side are shaping up as they look to become only the fourth club after Manchester United, Manchester City and Chelsea to win back-to-back titles in the Premier League era.

Wozniacki, who retired from professional tennis in January, has been a lifelong Liverpool supporter with Jan Molby, Daniel Agger and Torben Piechnik just some of the famous Danish names to have past through the famous Anfield gates.

Her retirement sparked an outpouring of wishes, including Liverpool legend Steven Gerrard, and speaking to Sky Sports' Check-In with Hannah Wilkes, Wozniacki recalled the relief when her team won the title despite the season being almost derailed due to the coronavirus pandemic.

"I was so thrilled when they won the title," said Wozniacki. "We've been waiting a long time for this and I think all us Liverpool supporters during the year were keeping everything crossed that this was going to be the year and we all at one point had to shake our heads when the pandemic put a stop to the whole world.

"I felt like the timing of that with Liverpool could only happen to us but at the same time, I'm so glad that they finished the season. They were the best team last year, they won the Champions League the year before, and I'm so happy and proud of the guys." 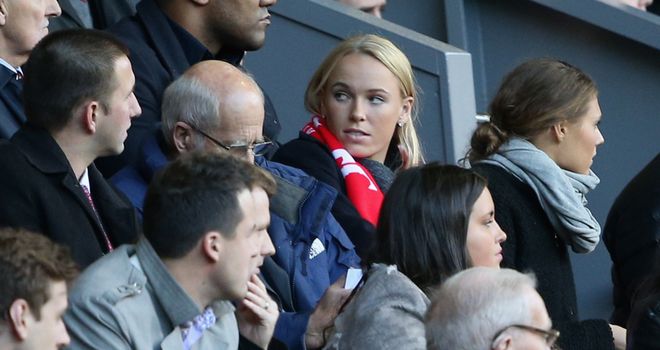 Wozniacki has been to Anfield to watch her team in action

The regularity of top-quality performances Klopp has managed to get his players to reproduce has seen them amass 99 points to win the title following a record 97 for their second-place finish before that.

Just four defeats in that period - two of those coming after last season's restart - highlight a metronomic consistency which the Reds boss will expect to see again as he seeks to maintain the high benchmark which they have set themselves.

"I definitely think they have a team to win it again this year," Wozniacki added. "I have all my gear, I have everything, so I'll be watching every game."

Wozniacki, who suffers from rheumatoid arthritis, an incurable autoimmune disorder that causes stiff and painful joints, has launched an 'Advantage Hers' campaign for women with chronic inflammatory diseases.

She ended her career with one grand Slam and a tally of 30 WTA titles, including one WTA Finals title.