Black Lives Matter: Wallabies will not take a knee in support of movement, says Dave Rennie

Head coach Dave Rennie says 'our focus is around the First Nations people and the indigenous jersey; we're not looking to make a political statement' 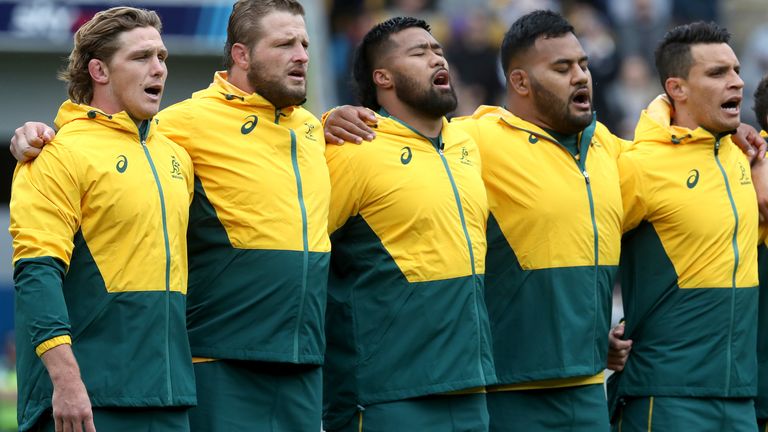 The Wallabies will not take a knee in support of the 'Black Lives Matter' movement ahead of next week's Rugby Championship game against New Zealand.

Fullback Dane Haylett-Petty had suggested they might join other sports in the protest against racial injustice but head coach Dave Rennie said the playing group had unanimously voted against the idea.

Australia will wear a new 'First Nation' jersey for the third Bledisloe Cup Test in Sydney on October 31.

Asked whether they would take the knee, Rennie said: "We won't. The key thing is that this is about honouring our indigenous people and we want the focus to be on that. "Everyone has got their own opinions around the other situation, but we want the focus to be around reflecting on our history and our past.

"Our focus is around the First Nations people and the indigenous jersey; we're not looking to make a political statement."

Gary Ella, who along with his brothers Mark and Glen played for the Wallabies in the 1980s and carved a path for indigenous Australians in rugby union, told the Sydney Morning Herald on Thursday Farr-Jones' comments were "stupid talk". Rennie added the coaches had discussed the issue on Thursday with the team's leadership group when they assembled to prepare for the All Blacks match, before it sought the final decision of the players.

Rugby Australia interim chief executive Rob Clarke said in a statement the organisation and the team condemned any form of racism or discrimination while acknowledging that they were "still on the path to reconciliation".

"The First Nations jersey is a strong statement in itself … and the Wallabies are incredibly proud to wear it, what it means and who it represents," he added.