F1 2020 calendar increases with additions of Mugello and Russia 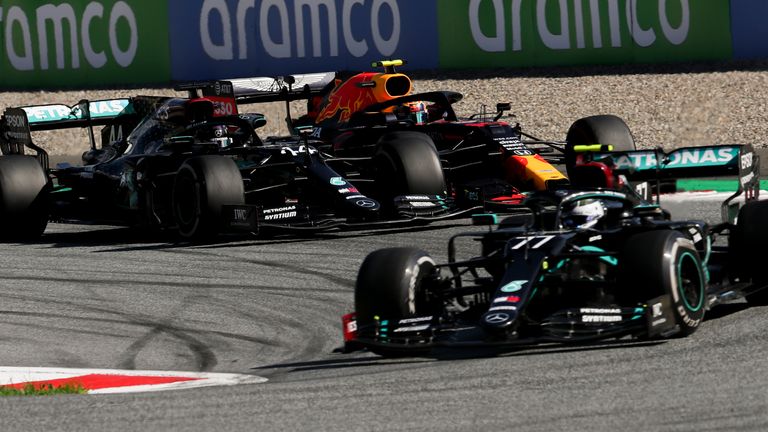 Formula 1 have added two more races to the developing 2020 calendar - including a debut for Italy's Mugello circuit to mark Ferrari's 1,000th race.

Mugello in Tuscany will follow the Italian GP at Monza, on September 11-13, with the Russian GP in Sochi confirmed for its original slot of September 25-27.

It means there are now 10 confirmed dates, with F1 still working towards a schedule of between 15 and 18 races to conclude in December.

"We are delighted to announce Mugello and Sochi will be part of the 2020 calendar and want to thank all our partners for their support in recent weeks," said F1 chairman Chase Carey.

"We had great start to our season in Austria last weekend and we are increasingly confident in our plans to race throughout the remainder of 2020.

"The Russian Grand Prix is major moment in our season and we are looking forward to being back in Sochi in September. We are equally excited to see Formula 1 race for the first time at Mugello, an occasion that will mark Ferrari's 1,000th Grand Prix.

"Both races will be a huge boost for fans with more announcements on the next races in our calendar coming in the weeks ahead." Mugello is owned by Ferrari and will become the third Italian circuit to host an F1 grand prix after Monza and Imola. F1 teams held an in-season test there in 2012, while Ferrari ran there a fortnight ago in preparation for the start of the new season in Austria.

"To be able to celebrate an extraordinary anniversary like the thousandth grand prix for Scuderia Ferrari at our own home at Mugello is an incredible opportunity," said Ferrari team boss Mattia Binotto.

"Mugello is not just one of the most spectacular and challenging tracks for drivers and cars, it is also a structure that has made sustainability one of its priorities.

"This commitment has taken it to levels of excellence both for Italy and the world. There are lots of people to whom we send thanks for turning this opportunity into reality - above all Formula 1's chairman and CEO Chase Carey, who knows and appreciates the value that our team represents for this sport, to the extent that he was prepared to recognise this anniversary in the official name of the event."