Ferrari's early-season woes deepen after both cars crash together on the first lap; Leclerc takes full responsibility for 'too optimistic' move on team-mate 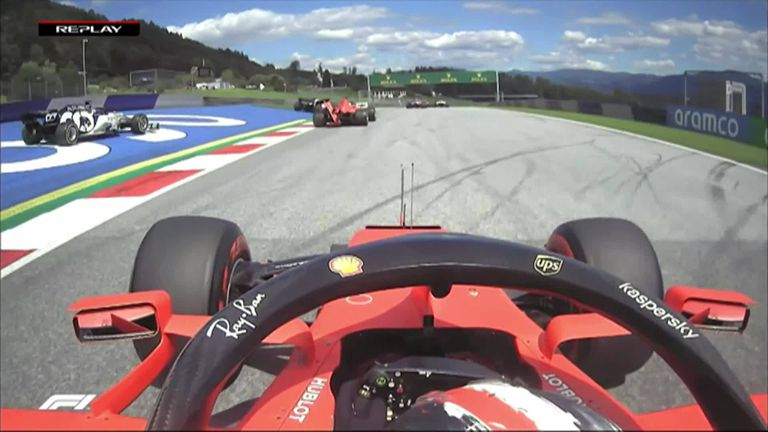 Charles Leclerc apologised to Sebastian Vettel and admitted he "put all the efforts of the team in the bin" after crashing into his team-mate on the opening lap of the Styrian GP to further compound Ferrari's torrid start to the new season.

The Ferraris came together on the first run to Turn Three, with Leclerc attempting to go down the inside of Vettel but clipping the kerb and being pitched into a collision with the sister car.

Vettel retired immediately with a broken rear wing and suspension, with Leclerc forced to drop out a lap later with terminal car damage too. 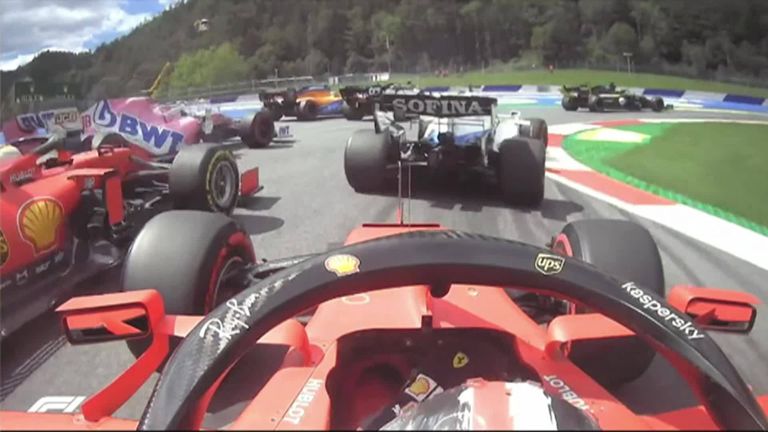 The pair spoke in the TV interview pen after returning to the paddock and Leclerc then told Sky Sports F1: "I apologised.

"Excuses are not enough in times like this and I'm just disappointed in myself. I have done a very bad job today. I have let the team down.

"I can only be sorry, even though I know it's not enough. I hope I learn from this and will come back stronger for the next races." 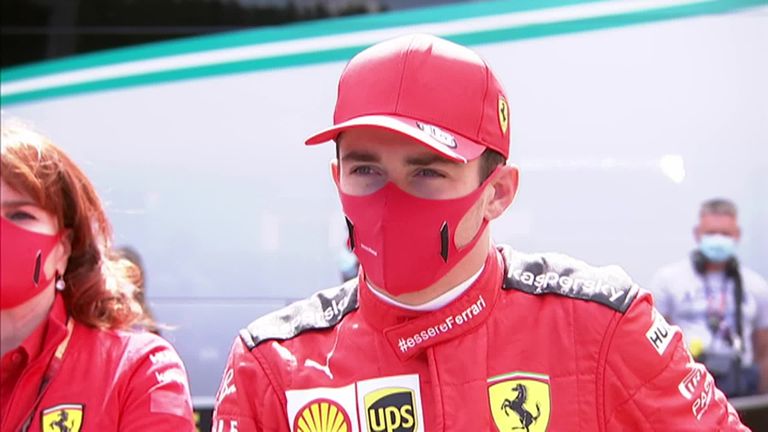 Ferrari had started the race from down in 10th and 14th positions and Leclerc, who picked up a penalty after qualifying, admitted: "It's a tough time for the team. We don't need that. The team don't need that. I put all the efforts of the team in the bin. I'm very sorry, but it's not enough."

Vettel said: "I was fighting two other cars, we were already three cars into turn three, and I was very surprised.

"I was not expecting Charles to try something. I don't think there was any space.

"A big pity and something we should avoid, but not much I could have done differently. I was taking it easy and conservative because it was already very busy and tight."

Vettel added: "I don't think there was space, that's why I think we collided." 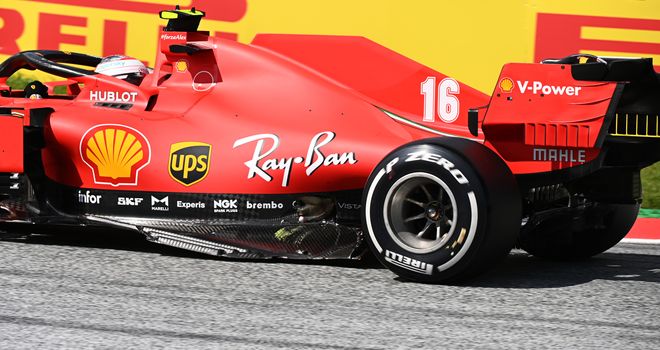 'The worst conclusion of a very bad race'

Although Leclerc spared Ferrari's blushes last week with a brilliant drive to second place amid an unpredictable race, there was no such saving grace for the Scuderia in Austria this week - despite bringing the first part of a sizeable car upgrade to the SF1000.

Team boss Mattia Binotto said working their way out of their performance slump, rather than picking the bones out of the rights and wrongs of his drivers' collision, had to take priority.

"I don't think there is much to say to the drivers," he said. "It's a shame to go out of the race in such a way after only two laps. It's the worst conclusion of a very bad and difficult weekend for us. It's not time to look for responsibility or accuse, it's time to work united.

"Pretty sure that back home we've got the right people to progress as soon as possible."