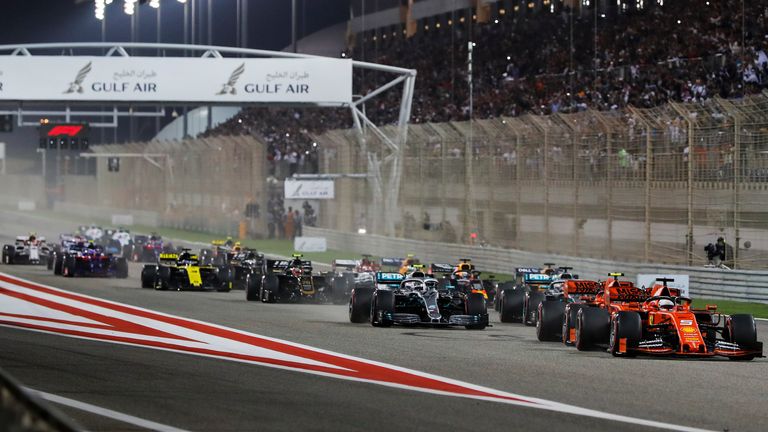 Formula 1 is set to record its fastest-ever lap time durations after it was confirmed Bahrain's short and super-quick 'Outer' track will be used for the second leg of the venue's double-header in December.

Three days after it was announced that Bahrain would become the third venue this year to stage two races as part of the concluding rounds of a 17-race 2020 season, F1 has announced that the Sakhir circuit's 'Outer' layout will be used for the first time for its second event on December 4-6.

This circuit features just 11 corners and simulations suggest it will result in lap times of below 55 seconds in qualifying and under 60s in the race.

The standard Bahrain GP circuit, which will be used as normal for the venue's first race the week before, runs to 15 corners and last year produced a pole lap of 1:27.866.

The second Sakhir event will also be a full night race, with the sessions to run later than the Bahrain GP the previous week - when qualifying and the race begin at 6pm local time under floodlights.

"We are excited to announce the outer circuit as the format for the Sakhir Grand Prix and want to thank our partners at the Bahrain International Circuit for their continued support," said Ross Brawn, F1's managing director of motorsport.

"We assessed a number of options for the alternative circuit layout and concluded the outer circuit will provide the best alternative and will provide a new challenge for all the teams and entertain all our fans with high speeds and fast lap times."

The Sakhir GP will run for 87 laps, the most of any race this season.

The two track configurations being used in Bahrain share the opening three corners, but the outer layout then breaks away at Turn Four for a number of fast bends before rejoining on the backstraight ahead of the usual final two turns.