Petrov, who competed in 57 F1 races, was recently quoted as being critical of Hamilton and kneeling protests; FIA responds in statement; LGBTQ+ in motorsport movement Racing Pride expresses "concern" 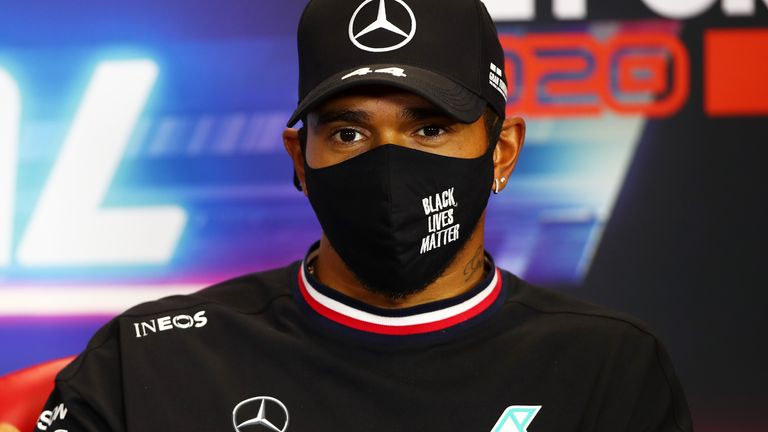 Lewis Hamilton has expressed "surprise" with the FIA's appointment of Vitaly Petrov as a steward at this weekend's Portuguese GP in the wake of controversial comments made by the former F1 driver.

Petrov is making his debut on the four-person stewards' officiating panel as the driver representative, after appearing in 57 grands prix in 2010-12.

But comments attributed to the 36-year-old in a recent interview with Russian outlet Championat provoked controversy after Petrov was quoted as questioning the taking of a knee before races and saying Hamilton's wearing of a Breonna Taylor T-shirt at the Tuscan GP was "too much".

Petrov was also quoted as saying: "What if one of the drivers comes out as gay? Will they go out with a rainbow flag and urge everyone else to become gay or something?" 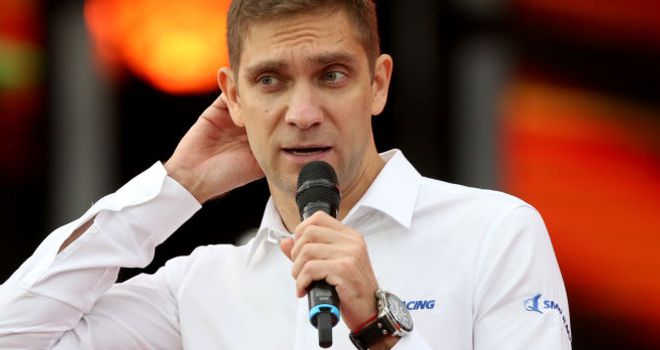 Vitaly Petrov became Russia's first F1 driver when he raced for Lotus and Caterham, finishing on the podium at the 2011 Australian GP

The remarks were put to Hamilton in Thursday's FIA press conference at Portimao.

"I've not seen all the quotes, obviously you've just recited some of them," replied Hamilton, a powerful voice in calling for equality and diversity.

"So yes, of course, that is I would say a surprise to see that they would be hiring someone that has those beliefs and is so vocal about things that we're trying to fight against.

"So you should take it up with them really, it's nothing I can particularly do anything about it. But we should definitely be including people here who are with the times, who are understanding of the times that we are living in and sensitive to the matters that are surrounding us. 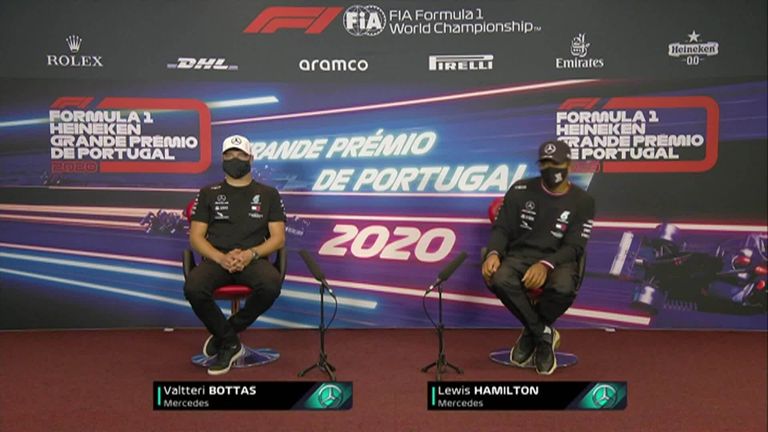 "So I don't really quite understand what their goal is or why particularly he's here because it's not that they don't have any other good options."

The FIA said in a statement: "The FIA appoints driver stewards with the relevant Formula 1 experience and expertise to carry out this function at the highest level, and who have expressed an interest to the FIA in being a driver steward.

"The Federation does not discriminate in this process based upon views expressed outside of their function as an FIA Steward, provided that any such expression does not contravene the FIA's regulations and Code of Ethics." 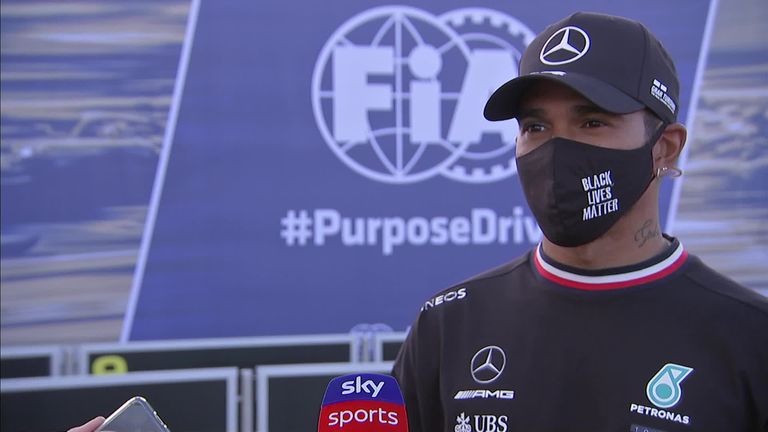 The FIA and F1 have strongly reinforced their respective commitments to improving diversity and opportunities in the sport, with F1 launching the We Race as One initiative earlier this year along with a task force and foundation to widen inclusion.

The sport stages an anti-racism demonstration on the grid ahead of races, with drivers wearing T-shirts calling for an end to racism, with the majority also taking a knee. 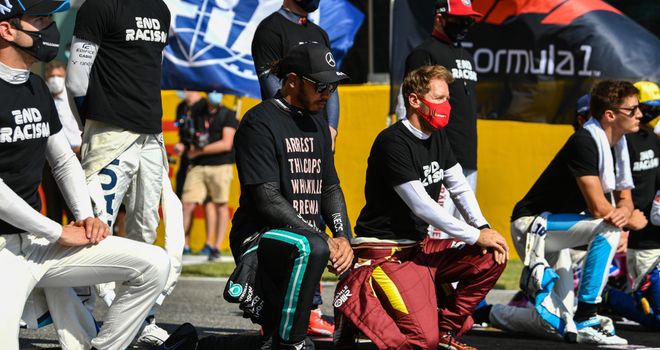 Hamilton has created a commission in his own name to understand the barriers to entry for young people from diverse backgrounds to get into motorsport.

Valtteri Bottas, Hamilton's Mercedes team-mate, said: "As Lewis said, we all should have the same mindset for the things that we are pushing on. I don't know any details [of what was said]."

The LGBTQ+ in motorsport movement Racing Pride issued its own statement on Friday expressing "concern" around Petrov's appointment and saying that in the group's view, the Russian's recent comments were "both racist and homophobic in nature" and were "incompatible" with the FIA Code of Ethics.

"Not only do these comments display ignorance relating to inclusion in sport, but we also believe that such comments from an FIA official are incompatible with Article 1.2 of the FIA's Code of Ethics, which states that 'participants to the FIA activities' shall not be discriminated against on the basis of factors including 'race, skin colour, gender, sexual orientation, ethnic or social origin'," read the statement.

"Racing Pride applauds Formula 1's recent launch of the #WeRaceAsOne initiative and the position of FIA President Jean Todt, stated in the foreword to the FIA Code of Ethics, that 'The FIA is a truly diverse and multicultural organisation, and we, the FIA community, must all embrace the same ethical principles'.

"A commitment to inclusion is a fundamental principle of good sporting governance. However, in order to be effective, such a commitment must extend to all involved in the sport, in any capacity.

"It is essential that those who are appointed to positions of authority within the sport, especially, are sensitive to, and educated in, pertinent issues and correct terminology relating to diverse communities."

The statement concluded: "Racing Pride would be happy to work with the FIA and Formula 1 in providing such education in relation to the LGBTQ+ community, and indeed has already reached out to Formula 1 directly. We hope to work alongside all organisations and stakeholders within the sport who share our commitment to providing a safe and welcoming environment for all."