Chelsea's Christian Atsu could be on his way to Malaga 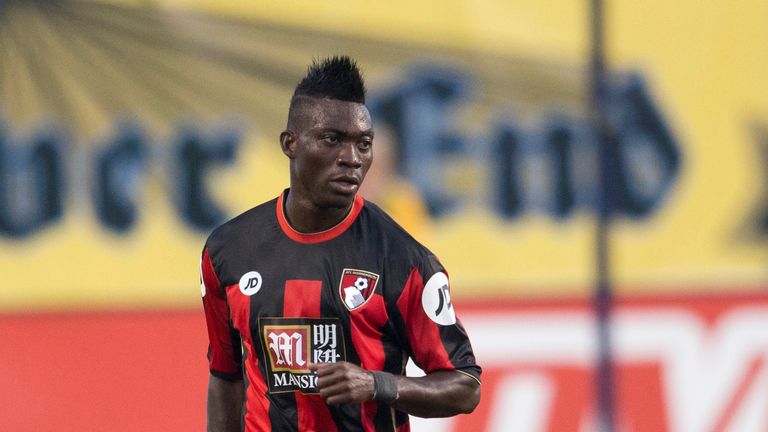 Christian Atsu could be leaving Chelsea on loan again soon, with interest from at least three La Liga clubs including Malaga.

Sky sources understand Javi Garcia's side have leapfrogged Levante and Rayo Vallecano in the race to sign the Ghana international, although media reports in Spain suggest Espanyol are also interested.

Malaga's move to the top of the list is believed to be down to the amount of first-team football they are offering the 24-year-old.

Atsu spent the first half of the season on loan with Chelsea's Premier League rivals Bournemouth, but he failed to make a single league appearance and was restricted to only two starts in the Capital One Cup.

The speedy winger joined Chelsea in the summer of 2013, but is yet to make a first-team appearance and spent a year apiece on loan with Dutch side Vitesse Arnhem and Everton, who he played five Premier League games for in 2014-15.