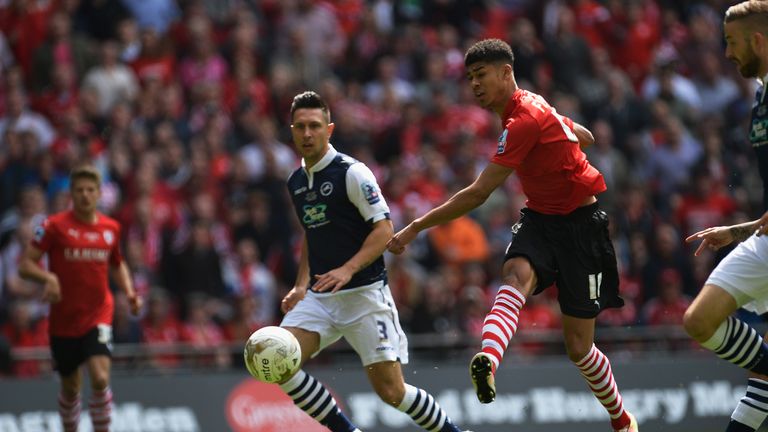 Manchester United striker Ashley Fletcher will undergo a medical at West Ham ahead of a proposed move to the Olympic Stadium, Sky sources understand.

The 20-year-old's current contract at Old Trafford expires this summer and he will be allowed to move to the Hammers on a free transfer.

However, if a deal is completed, United will be due a compensation fee as Fletcher came through the club's youth system. 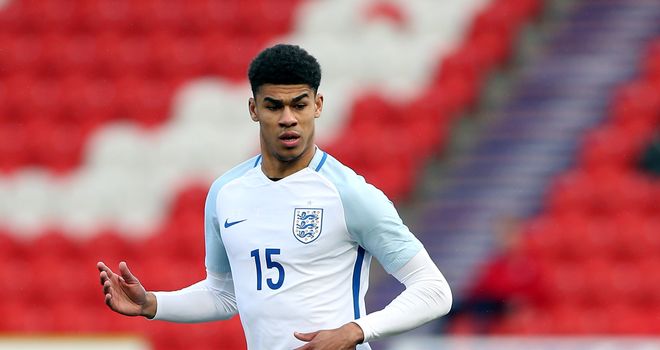 Fletcher has represented England at U20 level

Fletcher, who joined United in 2012, spent the second half of last season on loan at Sky Bet League One side Barnsley and helped them secure promotion via the play-offs.

He scored inside two minutes at Wembley as Barnsley defeated Millwall 3-1 to claim a place in the Sky Bet Championship.

Fletcher, who has scored two in two matches for England U20s, netted nine times in 27 appearances during his loan spell at Barnsley.