Bournemouth have had a £15m bid for England U21 international Jordon Ibe accepted by Liverpool, according to Sky sources.

The 20-year-old, capped four times at U21 level by England, is currently contracted to Liverpool until 2020 after signing a new five-year deal to remain at Anfield last May. 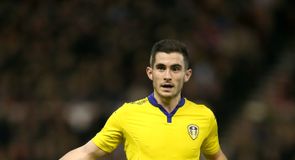 Leeds midfielder Lewis Cook is also understood to be on the verge of agreeing a deal to move to the south coast for an undisclosed fee.

The 19-year-old academy graduate - a long-term target of Howe's - has been an ever-present for Leeds since making his debut in August 2014, scoring two goals in 85 appearances.

Cook, who was named the Football League's young player of the year in April, is out of contract next summer.

Howe has already acquired the services of defender Nathan Ake on a season-long loan from Chelsea, midfielder Emerson Hyndman on a free transfer from Fulham and striker Lys Mousset from Le Havre in a deal worth £5.4m.

The new Premier League season live on Sky Sports, with all 20 sides featured by the end of September

Ibe has made 58 appearances for Liverpool since making his debut for the club on the final day of the 2012/13 season - a 1-0 victory over Queens Park Rangers.

He has also spent time on loan at Birmingham and Derby. 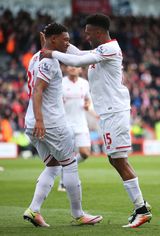