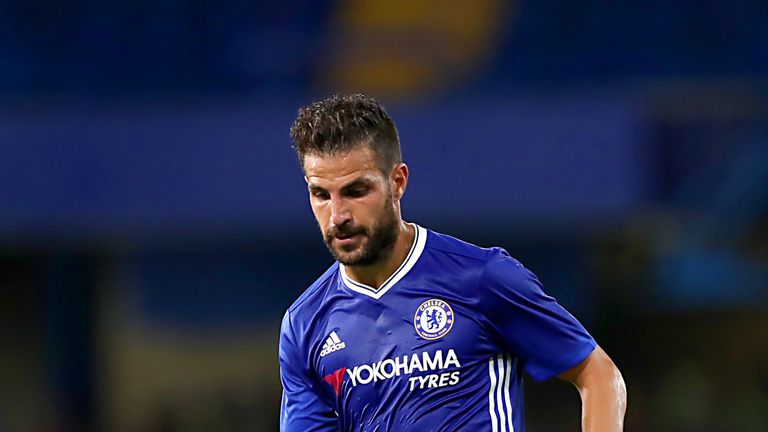 Cesc Fabregas has been linked with a move to AC Milan

Chelsea midfielder Cesc Fabregas is not the right type of player to replace the injured Riccardo Montolivo at San Siro, according to Milan head coach Vincenzo Montella.

Milan midfielder Montolivo is expected to be out of action for the next six months after suffering knee ligament damage during Italy's 1-1 draw with Spain in a World Cup qualifier in Turin on Friday night.

Fabregas is reportedly pondering his future in west London having spent the majority of this season on the substitutes' bench at Stamford Bridge under new Chelsea manager Antonio Conte.

However, Montella has ruled out making an approach for the player when the transfer market reopens in January.

"We are looking for a player who has the characteristics of Montolivo, who can also play in a midfield two," the Rossoneri boss told Corriere della Sera.

"Fabregas? He doesn't have those particular attributes."

Fabregas, 29, has featured in just four Premier League games for Chelsea so far this campaign.

However, the Spain international is contracted to the Blues until the summer of 2019 having joined the club from Barcelona two years ago.

You can watch England's tour of Bangladesh, plus Premier League football and the British Masters on Sky Sports. Upgrade now and enjoy three months at half price!