West Ham have rejected a bid from Swansea for striker Andre Ayew, according to Sky sources.

The offer was worth up to £14m with add-ons, but the Hammers value Ayew at £20m - the price they paid Swansea when they signed him in August 2016.

Sky Sports News reported Swansea's interest in bringing the 28-year-old back to the club earlier this week.

A deal between the clubs is unlikely, with sources close to Ayew insisting he is not keen on a return to the Liberty Stadium. 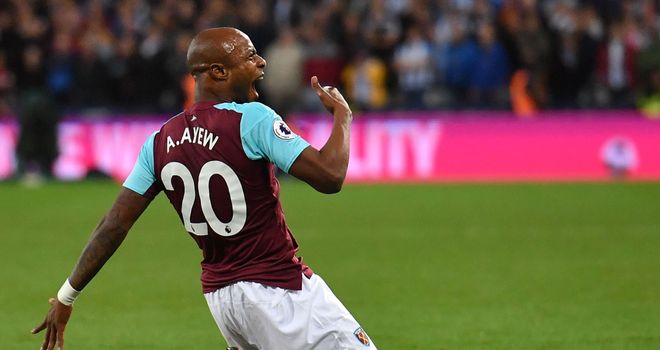 The Ghana international joined Swansea from Marseille in 2015 and enjoyed a superb debut campaign in England, scoring 12 goals in 35 appearances.

Ayew has struggled to establish himself as a first-team regular at West Ham since he joined in August 2016 in a then club-record deal for the club.

The Transfer Talk panel discuss whether Alexis Sanchez will prosper at Old Trafford.

He has scored 12 goals in 50 appearances for Hammers, but this season he has managed three top-flight goals in 18 appearances.

David Moyes' side have also rejected a second offer from Rennes for striker Diafra Sakho.