Lyon do not want to sell the 21-year-old France U21 this summer. 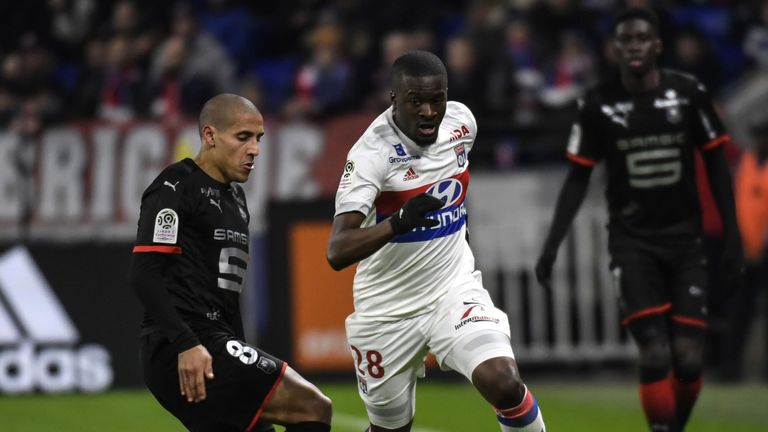 Tanguy Ndombele is a strong, powerful central-midfielder who fits the profile Spurs are looking for

Tottenham are interested in Lyon midfielder Tanguy Ndombele, according to Sky sources.

However, Spurs have not made contact with the Ligue 1 club, contrary to reports in France on Monday.

Lyon do not want to sell the 21-year-old this summer, having just signed him permanently from Amiens after a successful season-long loan.

The France U21 international fits the profile Spurs are looking for to potentially replace Mousa Dembele, who is a target for clubs in China and Italy this summer.

Ndombele made 43 appearances for Lyon last season and was statistically one of the best performers in his position in the Ligue 1, and he impressed in the Europa League as Lyon reached the last 16. 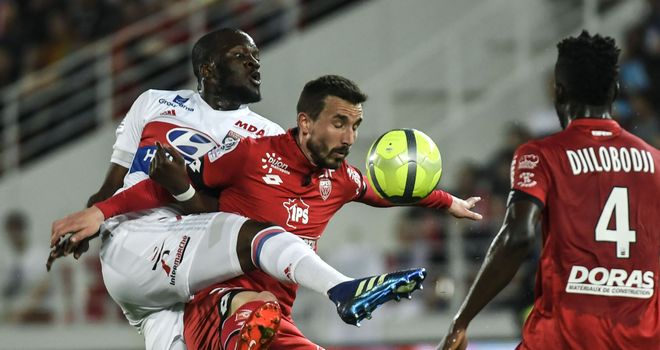 Ndombele is on a list at Spurs with the likes of Watford's Abdoulaye Doucoure and Lille's Yves Bissouma, while others have recently committed to other clubs including Geoffrey Kondogbia, who signed permanently for Valencia last month, and Salzburg's Amadou Haidara, who has signed a new deal.

Spurs star Dembele, who is about the enter the final year of his contract, is believed to favour a move to China despite his representatives recently touring Serie A clubs Roma, Juventus, Napoli and Inter, according to Sky in Italy.