"I would like to say a special thank you to Jose for the faith he has always shown in me," said Fellaini. 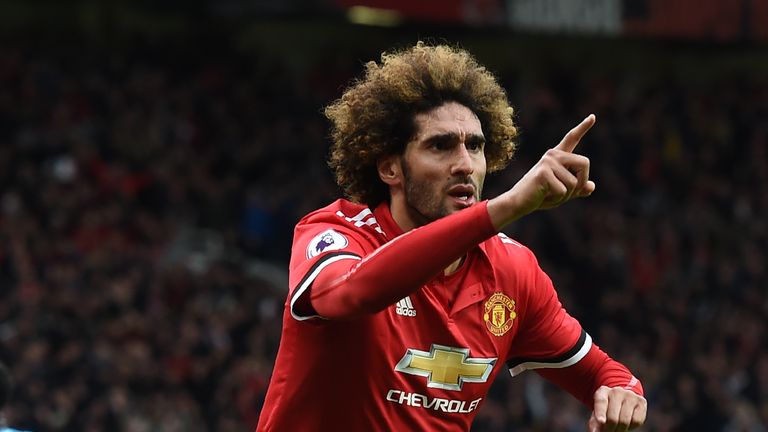 Marouane Fellaini has signed a contract extension at Manchester United until June 2020, with the option of a further year.

The midfielder, currently at the World Cup in Russia with Belgium, responded to the news in a statement: "I am pleased to be continuing my journey as a Manchester United player. I made this decision because I am very happy here.

"Also, I feel like this team, under Jose, still has a lot we want to achieve. I would like to say a special thank you to Jose for the faith he has always shown in me.

"My focus now is on the World Cup and I am looking forward to a successful season ahead."

Manchester United boss Jose Mourinho said: "I am very happy Marouane is staying with us.

"I always believed in his desire to stay with the club and I am delighted that he has signed a new contract."

Fellaini was critical of United's approach to contract negotiations in May, saying they were "wrong" not to offer him an extension sooner, adding that he was "open to everything" when asked about interest from other clubs.

The 30-year-old had been linked with a move to Turkey with Besiktas, Fenerbahce and Galatasaray reportedly interested.

During his five-year spell at Old Trafford, Fellaini has made 156 appearances and scored 20 goals, winning the FA Cup, EFL Cup, Europa League and Community Shield.

The jackpot was won again on Tuesday night. Will you be the next winner? Enter your predictions here.