Why West Ham should be excited by Andriy Yarmolenko signing 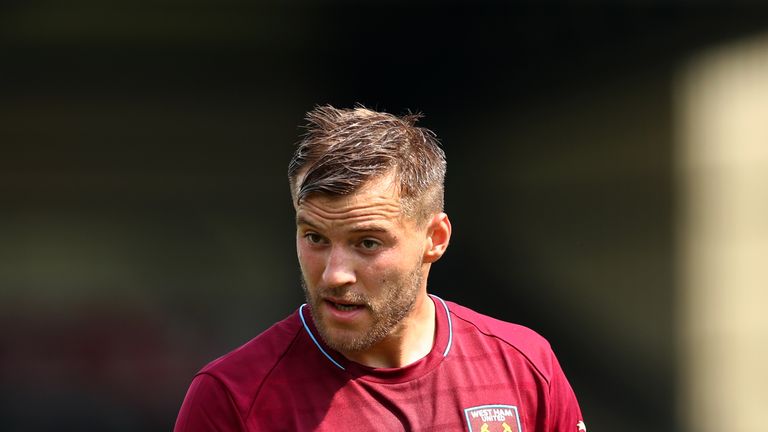 Andriy Yarmolenko made his West Ham debut against Wycombe on Saturday

West Ham manager Manuel Pellegrini expects £17.5m signing Andriy Yarmolenko to be well suited to the Premier League, but what exactly will he bring to the London Stadium? Ukrainian football expert Russ Taylor, who you might recognise from Soccer Saturday, takes a look...

Yarmolenko is a player who will get fans off their seats. Having closely watched nearly two decades of Ukrainian football, I can tell you that he is a player who can deliver and who can deal with the weight of expectation.

Ever since breaking into the Dynamo Kiev first team around 10 years ago, Yarmolenko has been billed as the "next Sheva" and "the future of Ukrainian football". Since his debut - in which he scored the winner - he's dealt with the pressure effortlessly in being prolific for both club and, most notably, country.

For many years Dynamo and in particular the Ukrainian national team were reliant on a talisman. Previously it was another Andriy - Andriy Shevchenko - who would be given the ball under the pretence "give it to Sheva and hope something happens…"

Yarmolenko inherited this perhaps unwanted mantra but has delivered with a goal average of almost one every other game - not bad for a player who isn't a striker. He's also a shoe-in for the yearly Ukrainian Footballer of the Year award which he has made his own in the last few years after bagging 99 goals for Dynamo and regularly finding the net in their Champions League and Europa League adventures.

"All football fans want a player that has them holding their breath when they get the ball, thinking something special might be about to happen; Yarmolenko is exactly that player."

He's happiest out on the right wing, usually as part of a 4-2-3-1 formation and, like Arjen Robben made a career out of, Yarmolenko is always a looking to cut in onto his favoured left foot and shoot - as Tottenham fans might remember from their Champions League game with Borussia Dortmund earlier this season. That goal was the clearest example of what the Ukrainian likes to do best; find space in the channel, commit defenders and score spectacular goals.

But Yarmolenko is no one-trick pony - he's also a creator for others too. He commits defenders and draws fouls, forcing them to double-up or drop off him. He matches pace with power too and at 6ft 3in can certainly handle himself so the physicality of the Premier League won't hold any fears for him. 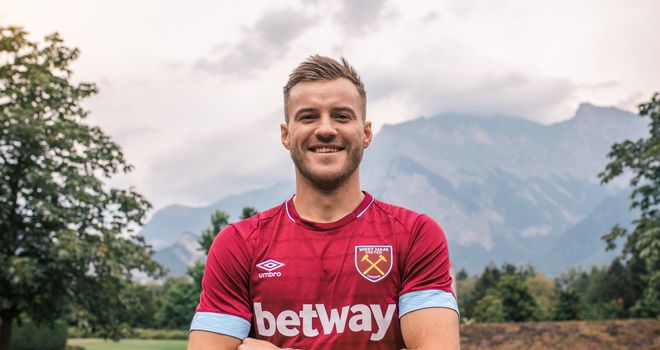 He's been on the radar of plenty of Premier League managers for some years but opted to join Borussia Dortmund last season after probably staying a season too long at Dynamo. Those sceptics who see a return of three goals in 18 appearances for the Bundesliga side might see this as Yarmolenko following a list of other Ukrainian exports who could not quite carry their talent abroad.

But there are mitigating factors. Dortmund went through unsettling managerial upheaval and then Yarmolenko picked up an Achilles injury nearing the midway point of the season followed by another foot injury. His career in the Ruhr did not start spectacularly but nor was he ever afforded the opportunity to rectify it as he only made two substitute appearances from January. It's true that some Dortmund fans will be happy to see the Ukrainian move on. Sometimes a move simply doesn't work out and the Yarmolenko of last season didn't tally with the same player who wears the national team shirt. 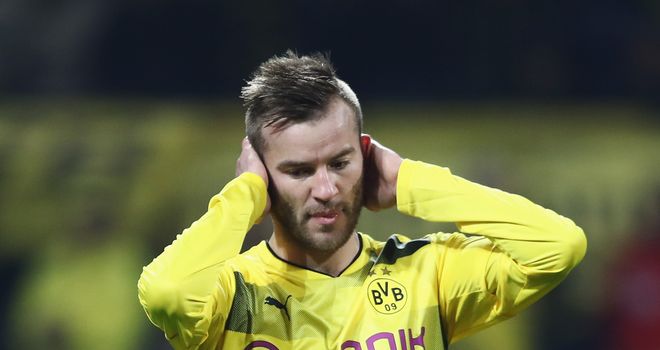 Yarmolenko failed to make an impact during a season with Dortmund

One positive from the Dortmund move is that his English lessons have already started in earnest thanks to a dressing room where English was widely spoken. And any fears of nagging injuries seem to have been alleviated by West Ham giving him a four-year contract. He's back in the goals too with a brace in a recent friendly win for Ukraine against Albania.

He's hungry and determined to make a success of this move, especially after his spell at Dortmund. And I think it's a great bit of business by West Ham.

All football fans want a player that has them holding them breath when they get the ball, thinking something special might be about to happen.

Yarmolenko is exactly that player.