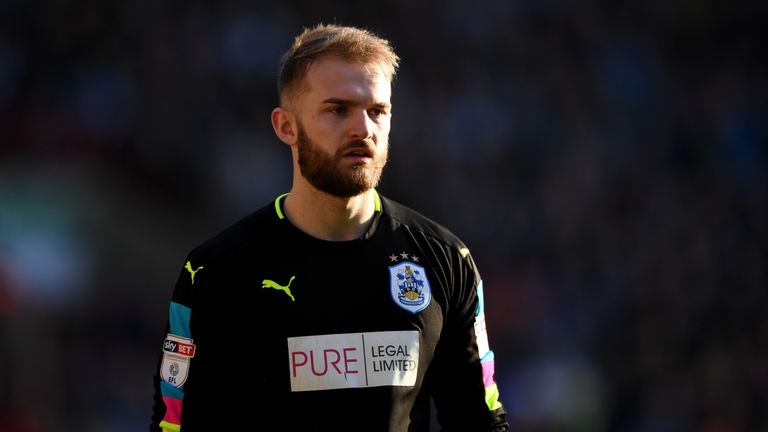 Huddersfield goalkeeper Joel Coleman has signed a two-year contract extension and joined Shrewsbury on loan for the forthcoming season.

The 22-year-old, who signed for the Terriers from Oldham in June 2016, has made 14 appearances for the club including four cup appearances during the 2017/18 campaign.

Coleman's new deal will keep him at Huddersfield until 2020 and the club has an option to extend his contract by another year.

Huddersfield head coach David Wagner told the club's website: "During his time with us, Joel has shown what a good, capable goalkeeper he is.

"When he has been brought into the team he has played well for us and I'm delighted that he's extended his future with us.

"What is important now, is that he gets game time at a good level to help him develop. Joel has a lot of space to improve and he must continue to push himself, so he can reach his full potential.

"I have no doubt that Joel will do this, and we can't wait to see how he'll progress as a player during this period."

Shrewsbury finished third in Sky Bet League One last season before being beaten in the play-off final by Rotherham in extra-time.

The final was Shrewsbury's second visit to Wembley during the 2017/18 campaign, as the club was also beaten in the Checkatrade Trophy Final by Lincoln City.