Willian to return to training with Chelsea on Wednesday 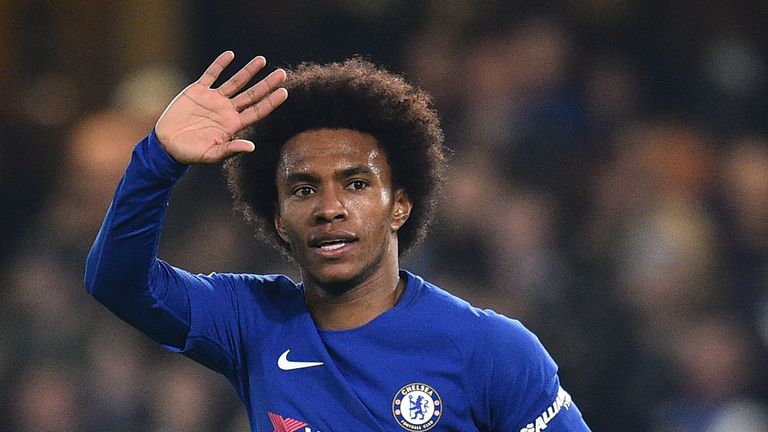 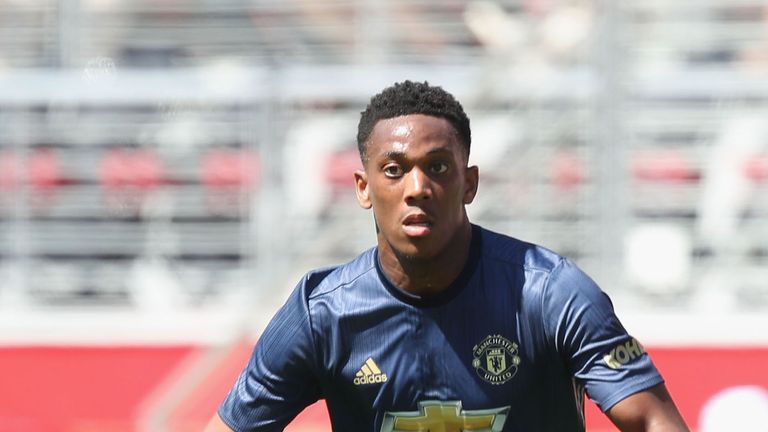 Anthony Martial is wanted by Chelsea

Chelsea winger Willian will report back to pre-season training on Wednesday, according to Sky sources.

The club are fully aware of his movements and say they gave him prior permission to return late following his World Cup campaign with Brazil this summer, dismissing reports he had gone AWOL.

Willian has been a target for Manchester United and Barcelona this summer, with the Spanish champions already having three bids rejected for the 29-year-old, the most recent believed to be in excess of £55m.

However, Barcelona have since signed Bordeaux winger Malcom for a fee that could rise to £37.3m which could spell the end of their interest in Willian.

Barcelona's rivals Real Madrid, according to reports, have now entered the race for Willian after making a £100m double bid for the Brazilian and his team-mate Thibaut Courtois. 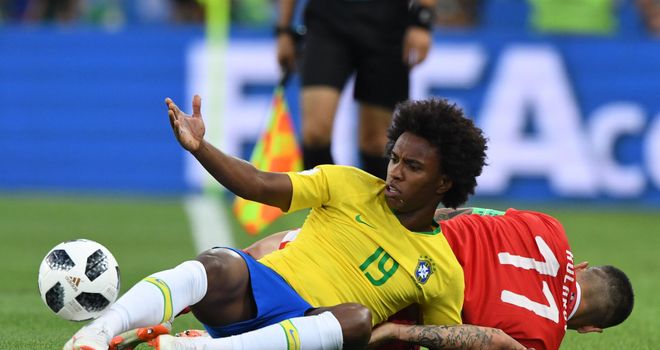 Willian was at the World Cup with Brazil this summer

Martial is understood to have told United boss Jose Mourinho he wants to leave Old Trafford this summer, however, the club's hierarchy are not interested in selling the France international forward

United have an option to extend his deal, which currently runs out in 2019, until 2020.

Martial left United's tour of the USA for the birth of his second child after starting the opening two games, but has not yet returned - to the dismay of Mourinho.