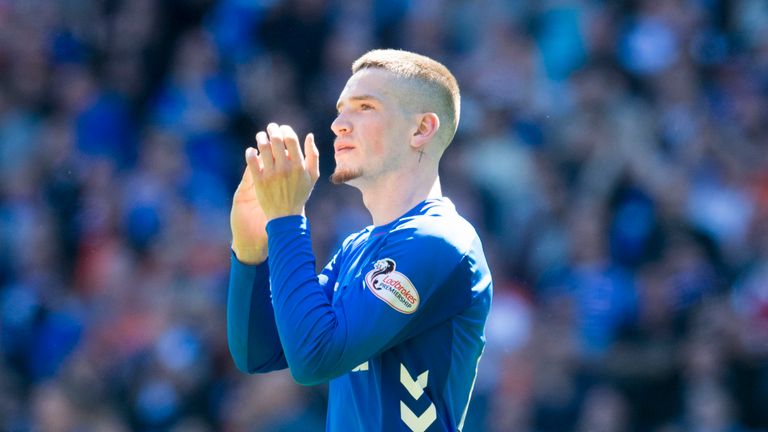 It was on, then it was off, then it was finally on again as Rangers left it late to announce the return of Ryan Kent as Deadline Day drew to a close – but how did the summer window play out in Scotland?

Rangers - Gerrard finally gets his man

Kent, who spent last season on loan at Ibrox, had been constantly linked with a return to Rangers but as the days disappeared in the transfer window the chances of that move materialising had begun to look remote - until Deadline Day.

Sky Sports News understands the 22-year-old had attracted interest from clubs abroad, including from Belgian side Club Brugge, but his return to Rangers in a deal worth up to £7.5m has certainly caught the imagination of the club's support and will have delighted Steven Gerrard, who made no secret of his desire to see Kent back in Govan. 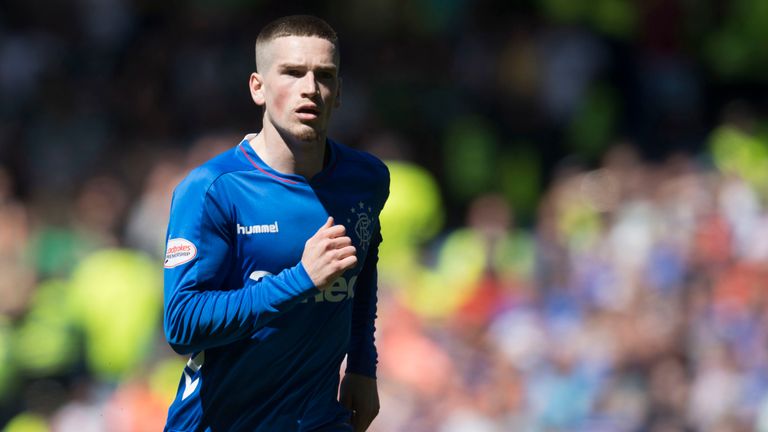 It is a big outlay for the club. Indeed, Kent becomes Rangers' second most expensive signing after the £12m Tore Andre Flo. Gerrard will be hoping the young winger provides more value for money than the Norwegian did.

However, after Sunday's timid Old Firm defeat at Ibrox, the signing of Kent is also a statement of intent from Gerrard and the Ibrox board. Celtic were barely troubled at the weekend - Kent will be charged with making sure there is no repeat of the toothless display seen in the first derby fixture of the season.

There has once again been a busy turnover at Ibrox as Gerrard attempted to move on some of the fringe players while reshaping his squad. Kent joins 11 incomings which has seen the club spend a sizeable fee on Swedish defender Filip Helander, while the additions of the likes of Steven Davis, Joe Aribo, George Edmundson and Andy King means Gerrard can now boast at least two players for every position. 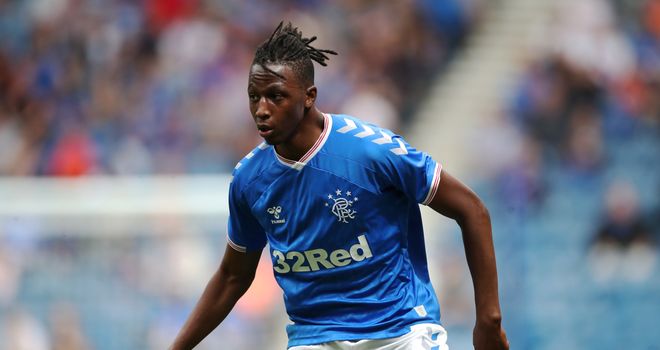 Clearing the decks after a number of disappointing transfer windows in recent years continued to be a problem for Rangers. Graham Dorrans, whose Ibrox career was blighted by injury, and Joe Dodoo became the latest in a long line of recent acquisitions to have their contracts terminated on Deadline Day.

It may not quite have gone down to the wire, but Celtic pulled off a late Deadline Day swoop of their own as Greg Taylor joined from Kilmarnock for an undisclosed fee. The 21-year-old had been linked with a move to Parkhead, as well as down south and abroad, but admitted he was "desperate" to join Neil Lennon's side before the window shut. 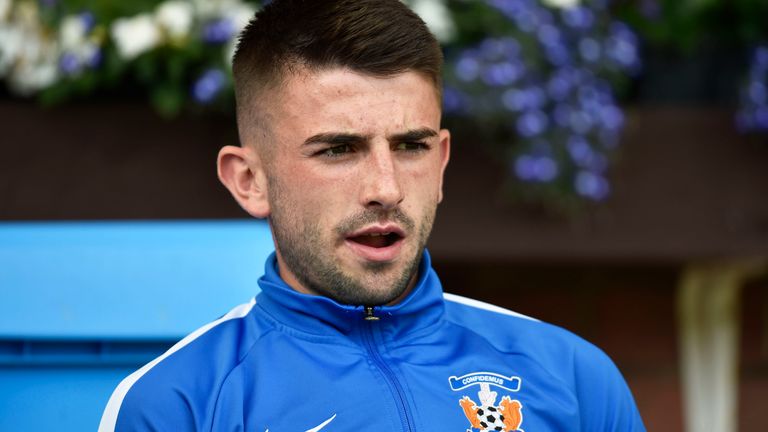 Taylor, who rejoined the Scotland squad after finalising the move, offers Lennon another option at left-back following the high-profile departure of Kieran Tierney, who joined Arsenal earlier in the window.

He will compete for a starting spot with Boli Bolingoli-Mbombo, who had come in for criticism after an inconsistent start to his Celtic career, but he looked more than assured in the Old Firm win over Rangers at the weekend. 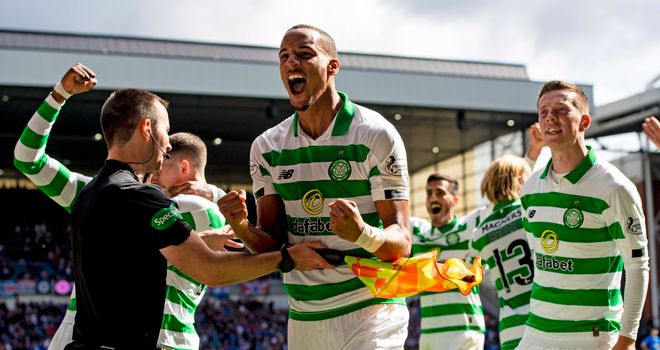 Two other defensive recruits stood out in that victory. Questions were asked of Lennon after Christopher Jullien was left out as Celtic lost to CFR Cluj in Champions League qualifying, but the Frenchman was outstanding against Rangers. He is Celtic's second most expensive signing after arriving in Glasgow from Toulouse for £7m but he looked well worth the hefty price tag at Ibrox.

Likewise, Hatem Abd Elhamed impressed on Sunday, despite being a fitness doubt before the game. His arrival from Hapoel Be'er Sheva sees him replace Mikael Lustig, who departed in the summer after nearly eight years at the club.

The protracted transfer of David Turnbull from Motherwell, which ended following problems with a medical, was an early setback in the window for Celtic but reinforcements arrived later on. Fraser Forster appears to be Lennon's first choice goalkeeper after returning from Southampton for the season, while Mohamed Elyounoussi and Moritz Bauer also joined the club on loan in the final days of the summer.

Celtic lost a great deal of experience at the back over the summer as Tierney and Lustig departed alongside Dedryck Boyata, while the impressive Filip Benkovic returned to Leicester after his loan spell. A number of younger players left the club on loan on Deadline Day but there was no move for Scott Sinclair, who has so far struggled for game-time under Lennon.

No incomings on Deadline Day but Derek McInnes has become adept at rebuilding his squads after losing key players over the summer. Club captain Graeme Shinnie left for Derby but Craig Bryson should prove to be an able replacement, while McInnes beat Hibernian to the signing of Funso Ojo from Scunthorpe. 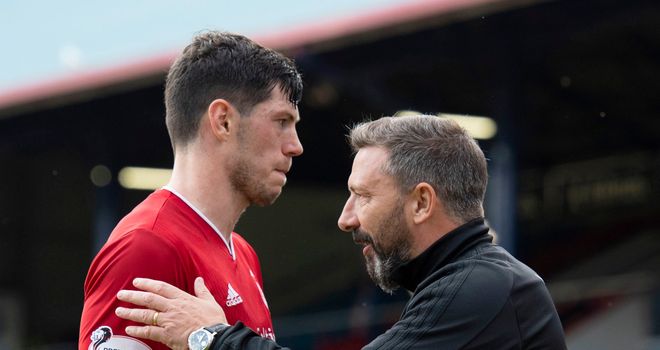 Curtis Main and James Wilson will provide threats going forward after the departure of winger Gary Mackay-Steven to MLS and Stevie May to St Johnstone, but McInnes' best bit of summer business was holding on to Scott McKenna. The defender submitted a transfer request earlier in the window following interest from England, but the Dons held firm.

Both Hibernian and Hearts have endured slow starts to the Scottish Premiership season. Hibs boss Paul Heckingbottom has overseen several incomings this summer with the likes of Josh Vela, Scott Allan, Christian Doidge and Deadline Day signing Jason Naismith joining the club. His task, however, will be to ensure he starts to get the best out of key man Allan after the international break. 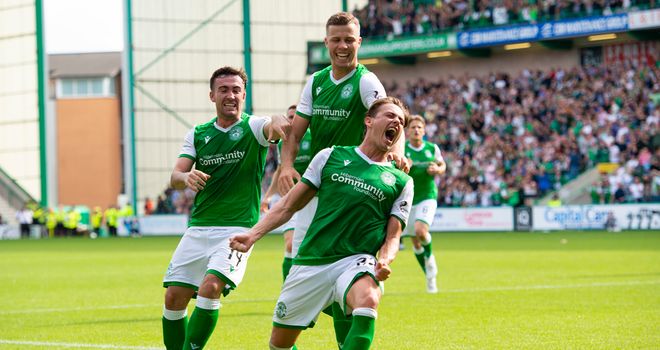 Craig Levein has also come under pressure from Hearts fans after a winless start to the campaign. Summer signings Conor Washington, Glenn Whelan and Craig Halkett should play a role in turning that around. Ryotaro Meshino and Joel Pereira have joined from Manchester sides City and United respectively, on loan, while Steven Naismith has re-signed on a permanent deal, but the returning Jamie Walker already faces a spell on the sidelines through injury.

It was always going to be a difficult window for Kilmarnock after the departure of Steve Clarke and they lost key players through Kris Boyd's retirement, Jordan Jones' exit for Rangers and Celtic's late move for Greg Taylor. Kirk Broadfoot was also a surprise departure on the final day but they made Deadline Day signings of their own with Osman Sow, Connor Johnson and Harvey St Clair joining on loan deals. 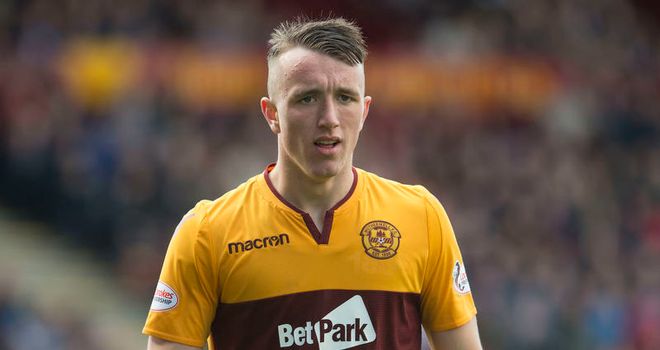 Motherwell's David Turnbull was close to a move to Celtic

Motherwell managed to keep David Turnbull, who will be vital once he returns from injury, but lost a host of key players this summer, including Jake Hastie to Rangers. However, they brought in Devante Cole and Mark O'Hara, who joined on Deadline Day. Newly promoted Ross County added Ricky Foster, Lee Erwin and Ewan Henderson, who joined from Celtic on loan. Livingston lost goalkeeper Liam Kelly to QPR but added Marvin Bartley and Nicky Devlin to the squad.