County terminated the contract of their captain two years early after he was involved in a car crash that resulted in team-mates Tom Lawrence and Mason Bennett being convicted of drink-driving.

Derby's decision has been criticised as Lawrence, 25, and Bennett, 23, have faced lesser punishments while the 33-year-old Keogh - who could be sidelined for at least 12 months with injuries sustained in the incident - has lost his job.

"I think it could be quite a big can of worms," Toffis told TalkSport. "If this goes in Derby's favour there will be a lot of players in difficult positions at their football clubs. 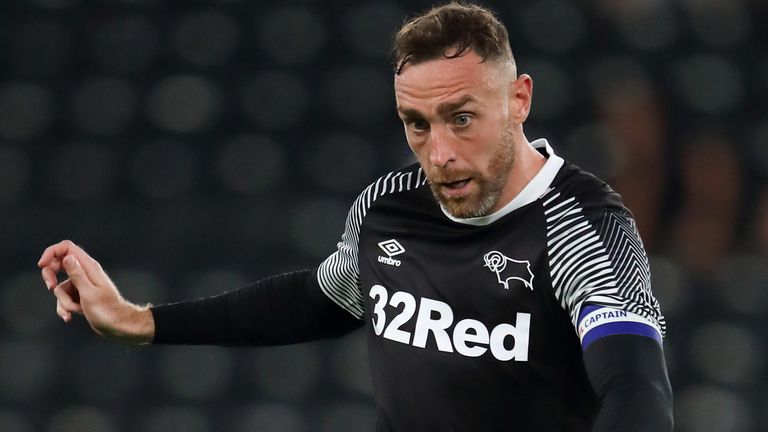 "Older players with less market value who are on a lot of money, these are scenarios you have at every football club in the world. Should they start wrapping themselves up in cotton wool to avoid any situations like this?"

Asked if Keogh should have known better than to get into the car with his team-mates after a night drinking, Toffis said: "I'm not going to accept that. I can't really go into the events of the evening but I do have a side of the
events so I can't accept what you just said."

Keogh had 14 days to appeal against Derby's decision from the point that it was made last Wednesday. However, Toffis said no conversations had yet taken place with the club regarding a possible reconciliation.

"The decision was made by them, they closed that door when they made that decision and since they did my phone hasn't rung," he said. Toffis said Keogh was "ahead of schedule" in his rehabilitation from the serious knee injury he sustained, and that he had visited St George's Park this weekend with a view to using the facilities there.

"In 12, 13 months from now, he will be putting his boots back on and getting back out there to do his stuff," he added.